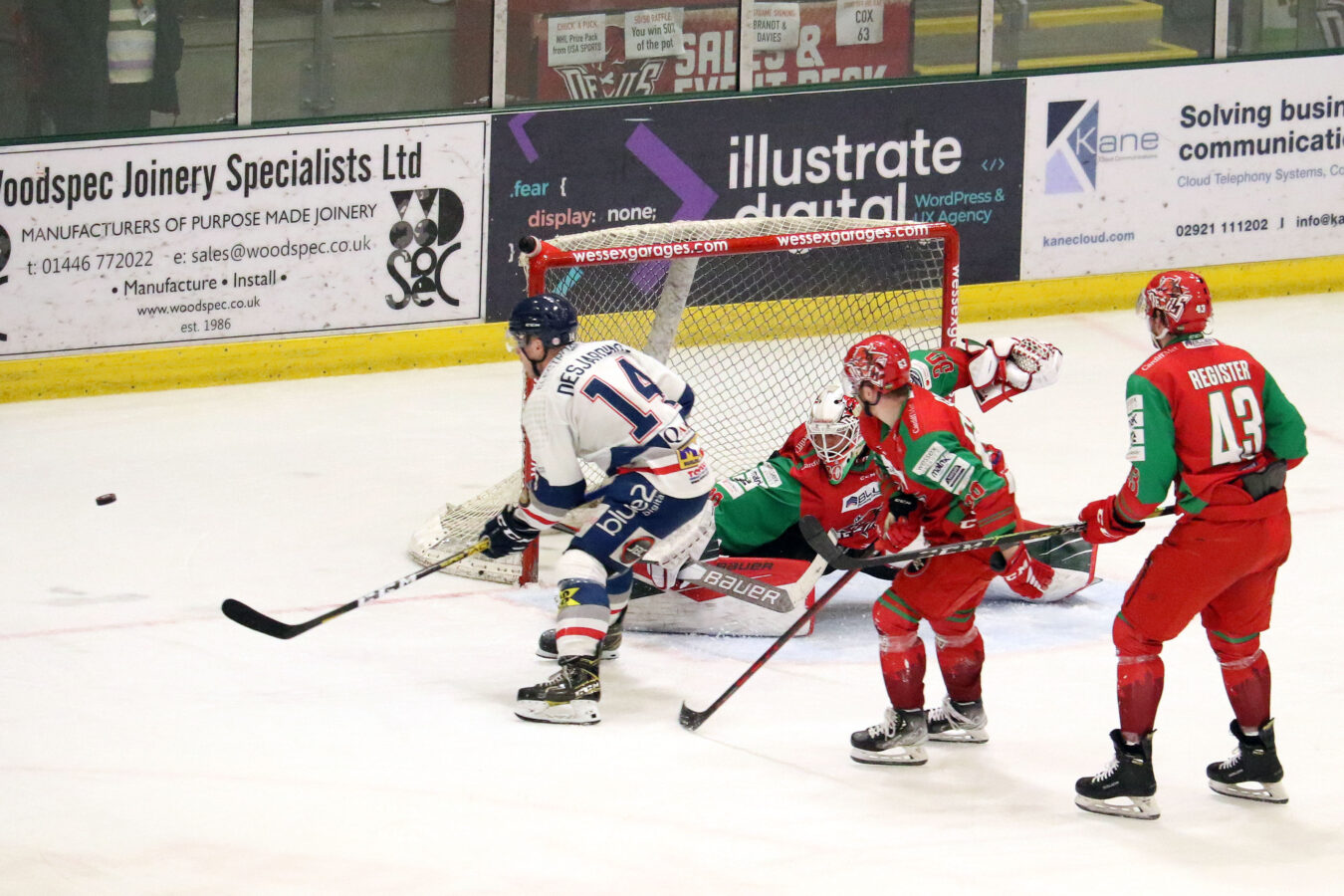 The Kitmart Dundee Stars began their weekend-long road trip with a battle against Cardiff Devils in the Welsh capital.

The Stars were without Canadian goaltender, Adam Morrison again as he continued to be plagued by injury, but they did have a full line-up available to face the Devils.

The match started with both teams creating early scoring chances but neither side would take an early lead.

However, in the 8th minute, the Devils opened the scoring through Cole Sanford as he beat Brython Preece with a low and driven shot.

Dundee then battled back and tried to find a way to get level but could not get anything past Mac Carruth in the Devils goal.

Although, the home side then doubled their lead as they capitalised on Philippe Sanche’s minor penalty for interference on 13 minutes and Justin Crandall sent a long-range shot over the shoulder of Preece, to make it 2-0.

Crandall then soon bagged his brace as he broke away from everyone else before displaying some flashy puck-handling skills that opened up a space to shoot past the Dundee netminder, in the 19th minute.

Omar Pacha needed a bigger performance from his side in the second period and eventually he got something, as his side got off the mark in the 27th minute, when Philippe Sanche smacked home a loose puck from close range.

The Stars then had multiple chances to get another goal back and make it a one-goal game but they could not get the puck on the right side of the post or the goalie.

However, they were awarded a penalty shot inside the final two minutes of the second session after Dundee’s Gabriel Desjardins had been fouled when through on goal, but the Canadian forward was unable to hit the target with his penalty shot.

The third and final period would be a crucial 20 minutes for Dundee as they needed to continue their push to get back on level terms, although Trevor Cox quickly buried his effort past Preece to make it 4-1 after 41 minutes.

Four minutes later, Jarrod Skalde’s men then went 5-1 in front as Brodie Reid got on the scoresheet with an easy tap in from the crease.

As the game then approached the final minutes, the overall result was already a given and that deflating outcome meant the Stars were not at their sharpest and gave up a couple more late goals.

Brandon McNally was first to cash in on the Scottish club’s lack of concentration as he netted a shorthanded goal inside 55 minutes and then a late powerplay goal for Sanford, made it two for him on the night as he completed the scoring at 7-1.

The Stars now head to Glasgow for their second of three away games this weekend as they battle with the Clan for the final time in league action.