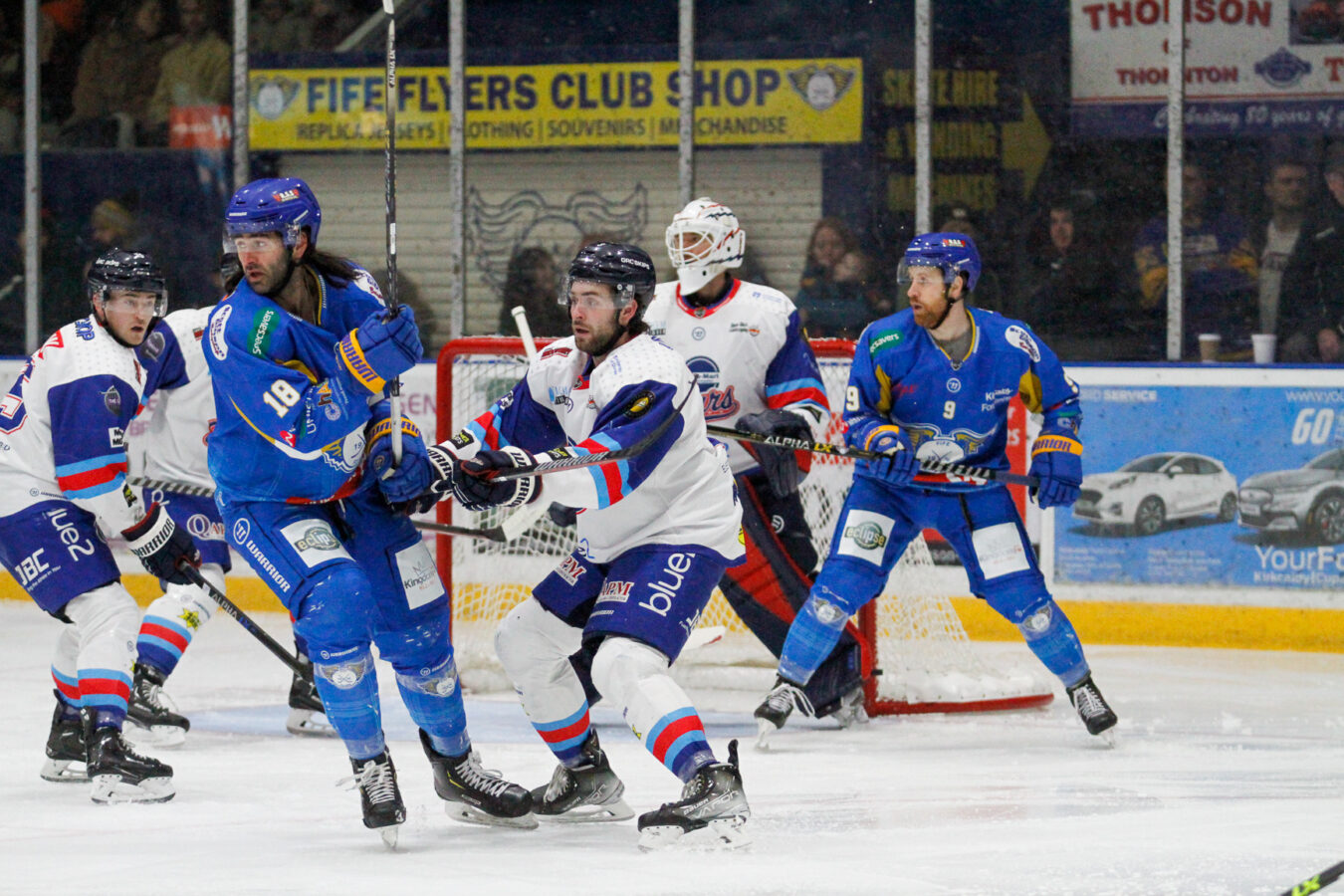 The Trade-Mart Dundee Stars made their fourth visit of the season to Kirkcaldy on Tuesday night as they went in search of back-to-back wins over their biggest rivals, Fife Flyers, after beating their foes 3-2 on home ice the day before.

Dundee were only missing forward, Hugo Reinhardt as he continues his recovery from an upper body injury, whilst the Flyers had three players out of their line-up as Lucas Sandstrom, Reece Cochrane and James Spence were all scratched.

It was a similar start to the game as in Dundee the night before, where both teams came out cautious and were looking to avoid any costly mistakes early in the match but there would be a few good chances as the sides edged forward.

Fife’s Chris Lawrence saw his shot saved by Anton Svensson before the Stars keeper spilled the rebound but the opportunity to punish the error was quickly scarpered by the Dundee defence.

At the other end, Elijiah Barriga and Philippe Sanche would both go close against Shane Owen but the opening goal would not come until the 12th minute, when Ben Sokay beat the Fife netminder with a clean and accurate wrist shot into the right side of the net.

Todd Dutiaume’s men then took a penalty for shooting the puck out of play in their own end as Janne Kivilahti’s clearance cleared the plexi glass but the visitors were unable to extend their lead and would go into the second period, holding on to that narrow advantage. 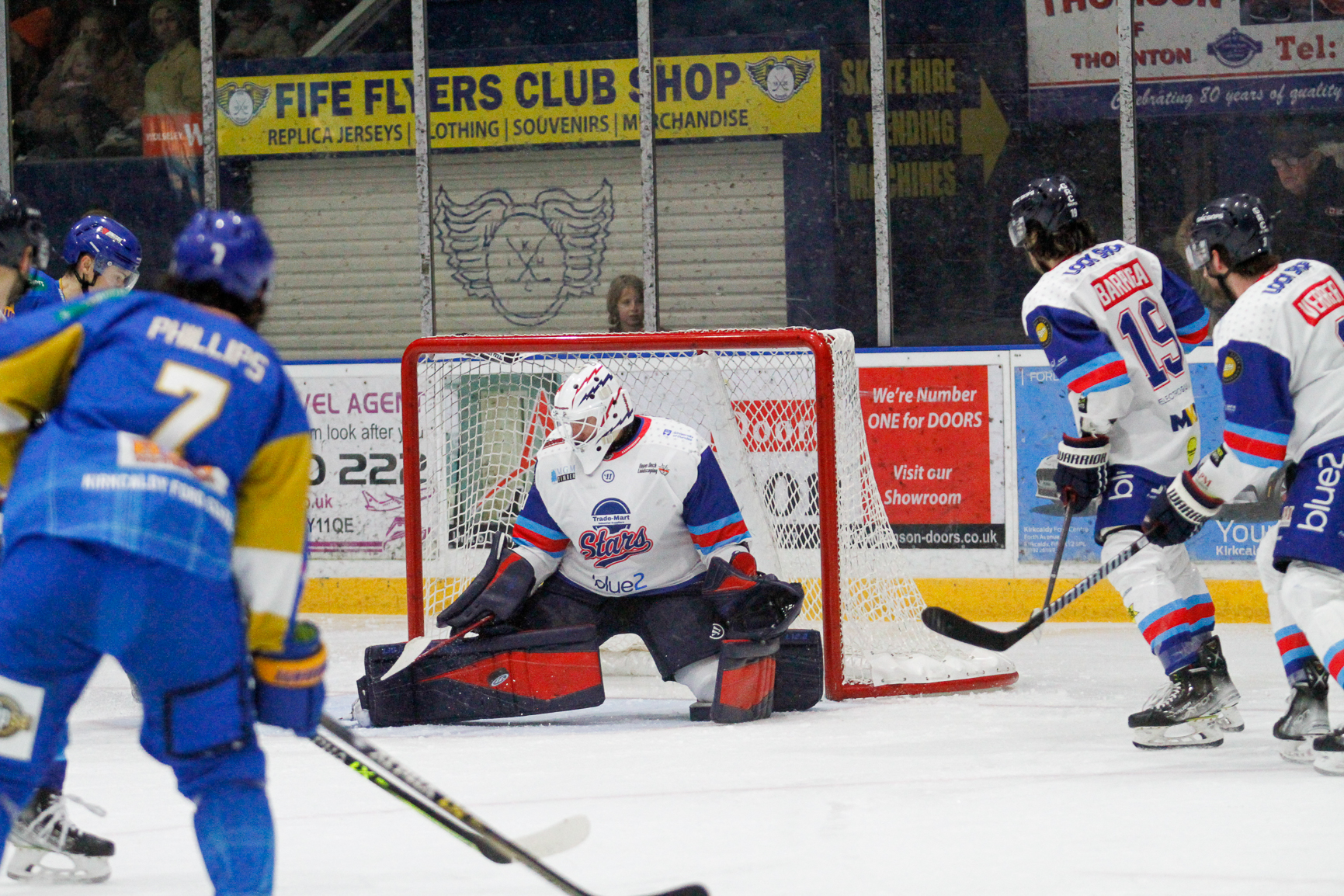 However, it would be the Flyers who took control of the middle period and with former Fife defenseman, Erik Näslund in the box for an interference call, ex-Dundee forward, Chris Gerrie slotted home the equaliser on 26 minutes.

The match then fell into a constant back and forth with neither side looking like the favourite to take the lead, but a big chunk of luck would put the home side 2-1 ahead in the 34th minute.

A long pass round the boards would take an awkward bounce off the yellow kickplate, which caught Svensson out and sent the puck out in front of the Stars goal, where former Stars captain, Chris Lawrence had an easy tap in, to put Fife in front.

Janne Kivilahti then had the chance to open up a two-goal lead for the Flyers as he was slashed by Dundee’s Chris Lijdsman, when through on goal in the final minute of the second session, which earned him a penalty shot.

Svensson would deny the Finnish forward to keep Jeff Mason’s men in the tie but the period ended with some unsavoury scenes after a delayed penalty against Fife would start the handbags after the buzzer. 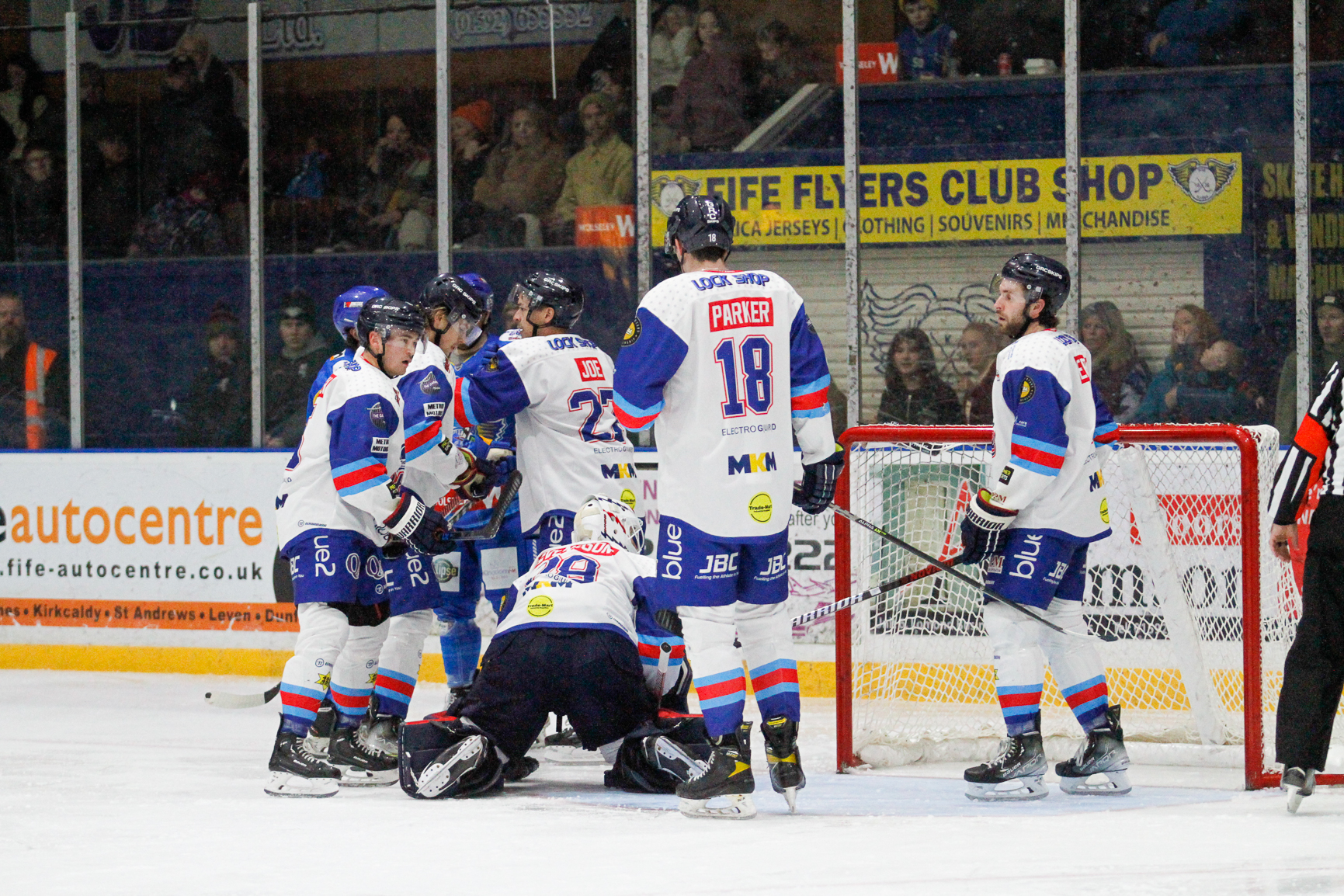 Stars winger, Sanche had been fouled as he went in on goal and Flyers’ defenseman, Mikael Johansson was not pleased with the call and acted out with a few strikes to the back of Sanche’s head, which enraged Dundonian, Kris Inglis, who came racing down the ice to protect his teammate.

Inglis dropped the gloves but Johansson was not a willing partner, although it did not stop the blueliner from throwing a few punches towards the big Swede, Inglis would then be tackled backward to the ice and then escorted off, but a few afters still carried on amongst the others.

The third stanza started with three minor penalties against each side and Dundee a man down as Inglis was ejected for being the third man involved in a fight.

The Stars then had to fight uphill the rest of the period and after killing off another powerplay, a defensive error in their own zone proved costly as Zack Phillips capitalised on the mistake and skated the puck around Svensson, making it 3-1 after 51 minutes.

Dundee then failed to breakdown the Flyers for the rest of the match and when they gambled in the final minutes by pulling the goalkeeper, Kivilahti would wrap up the two points for Fife as he shot around the defending, Elijiah Barriga and into the empty net with one minute left to play.

The Stars now have four days to prepare for their final test of 2022 as they travel to Glasgow for an all-Scottish clash with the Clan and that begins another double header as the Clan will be the Stars first opponents in 2023. 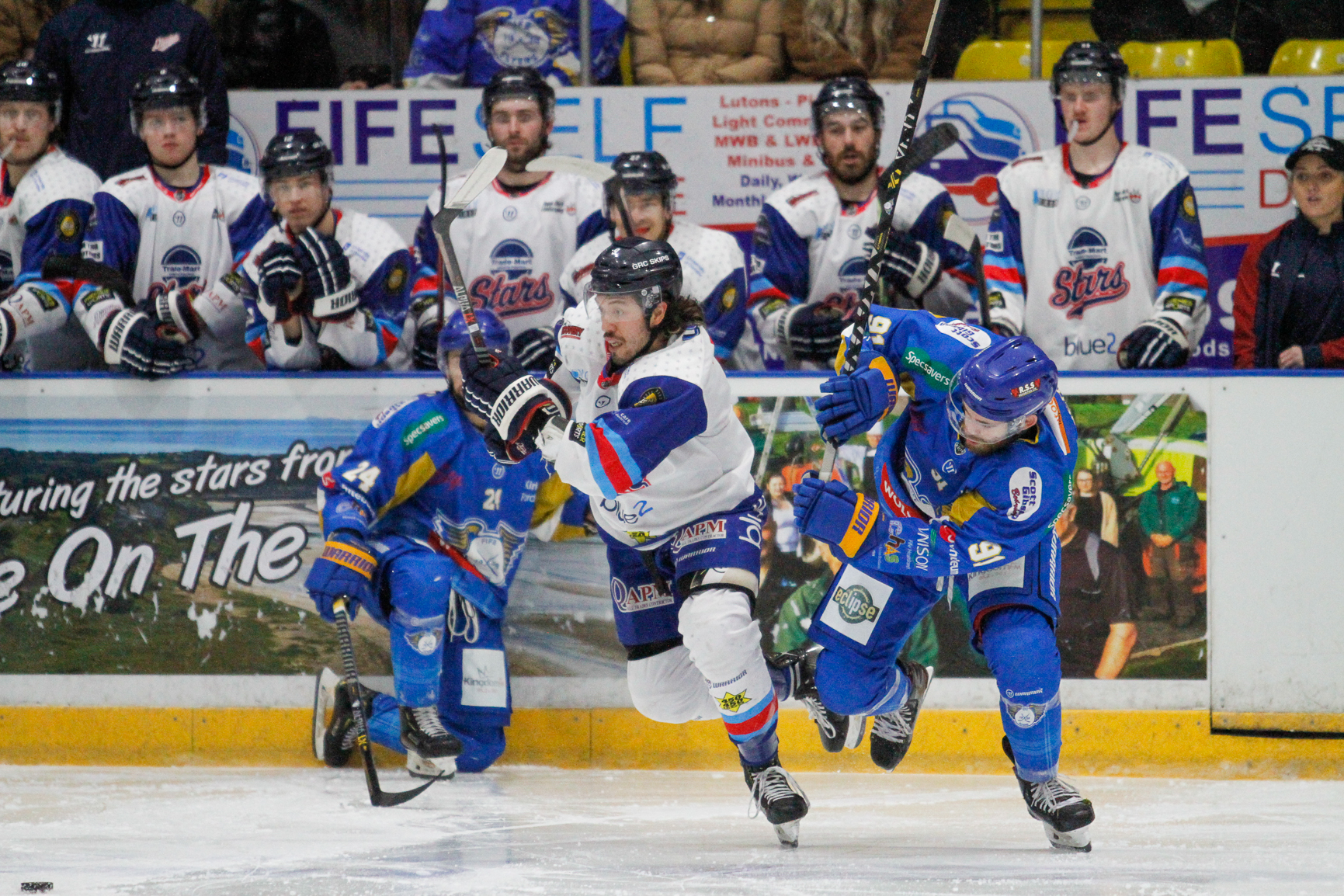