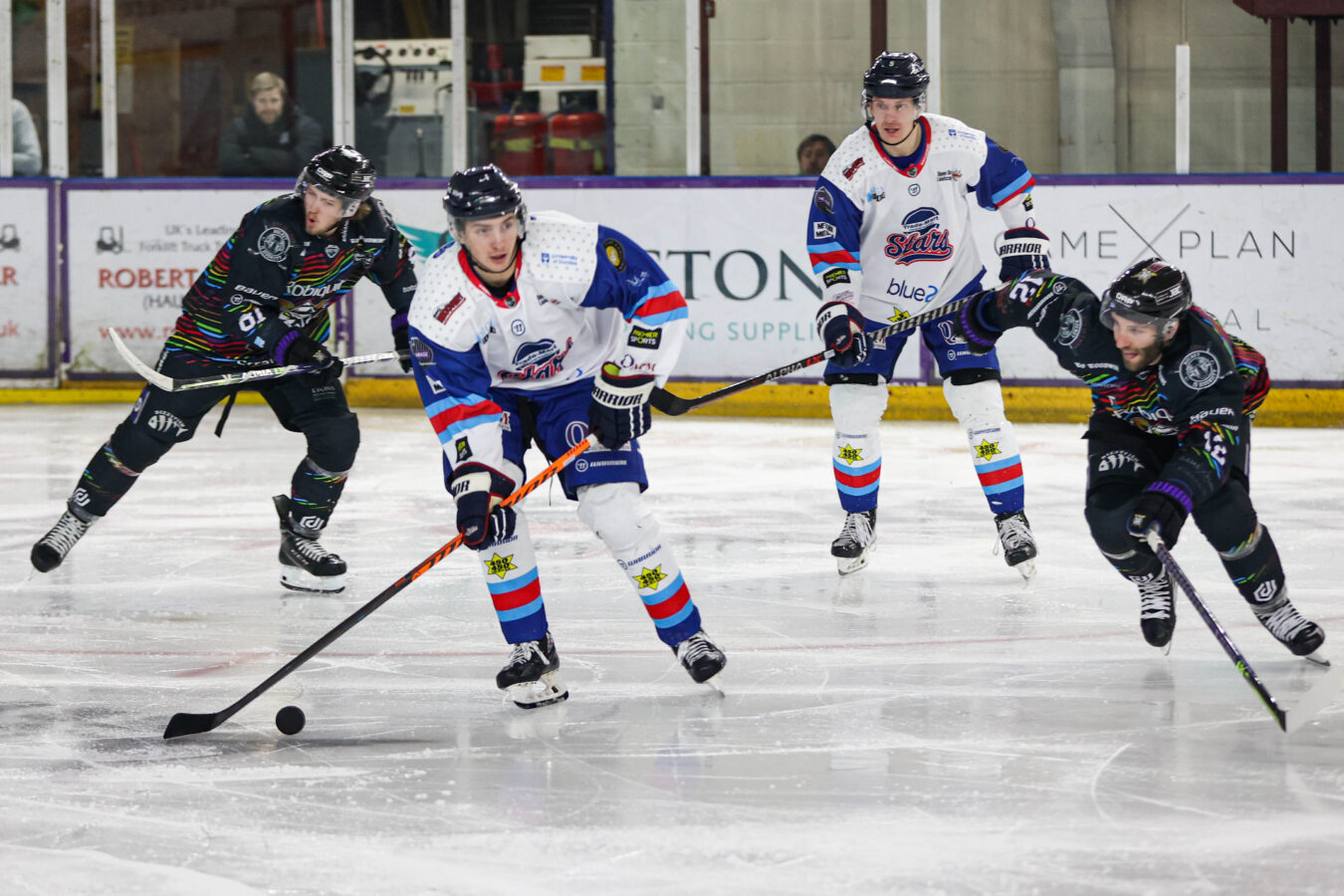 The Trade-Mart Dundee Stars made their second visit of the season to the Storm Shelter and were hoping to come away with two points that would put them within touching distance of their opponents, Manchester Storm.

The Stars welcomed back forward, Ben Sokay to the line-up and were only icing without their pair of two-way forwards, Ben Brown and Jonathan McBean.

The first period had a slow paced start, where neither side wanted to give up a chance early and the first period of pressure did not come until the 16th minute when Dundee were the first team to go on the powerplay, as Manchester’s Stephen Johnson was punished for a hooking foul.

However, the visitors failed to capitalise on the man advantage and the Storm would also waste most of a powerplay chance before the end of the period.

Although, the home side would make a flying start to the second stanza, as they opened up a two-goal lead in just over three minutes, with Tyler Barrow deflecting Joseph Hazeldine’s shot out of mid-air and sending it past Anton Svensson for a goal on his home debut.

Then just 90 seconds later, Stephen Johnson recreated Barrow’s goal by tipping Cameron Critclow’s effort past the Swedish netminder to double their lead, but the Stars would hit back just two minutes later, as defenseman, Chris Lidjsman stepped up and beat Jeremy Brodeur with a shot at his near-post.

Although, Jeff Mason’s men then found themselves down a hole as the Storm buried two powerplay goals before the end of the period as Tyson Fawcett and Anthony DeLuca both converted on the man advantage and only four minutes apart. 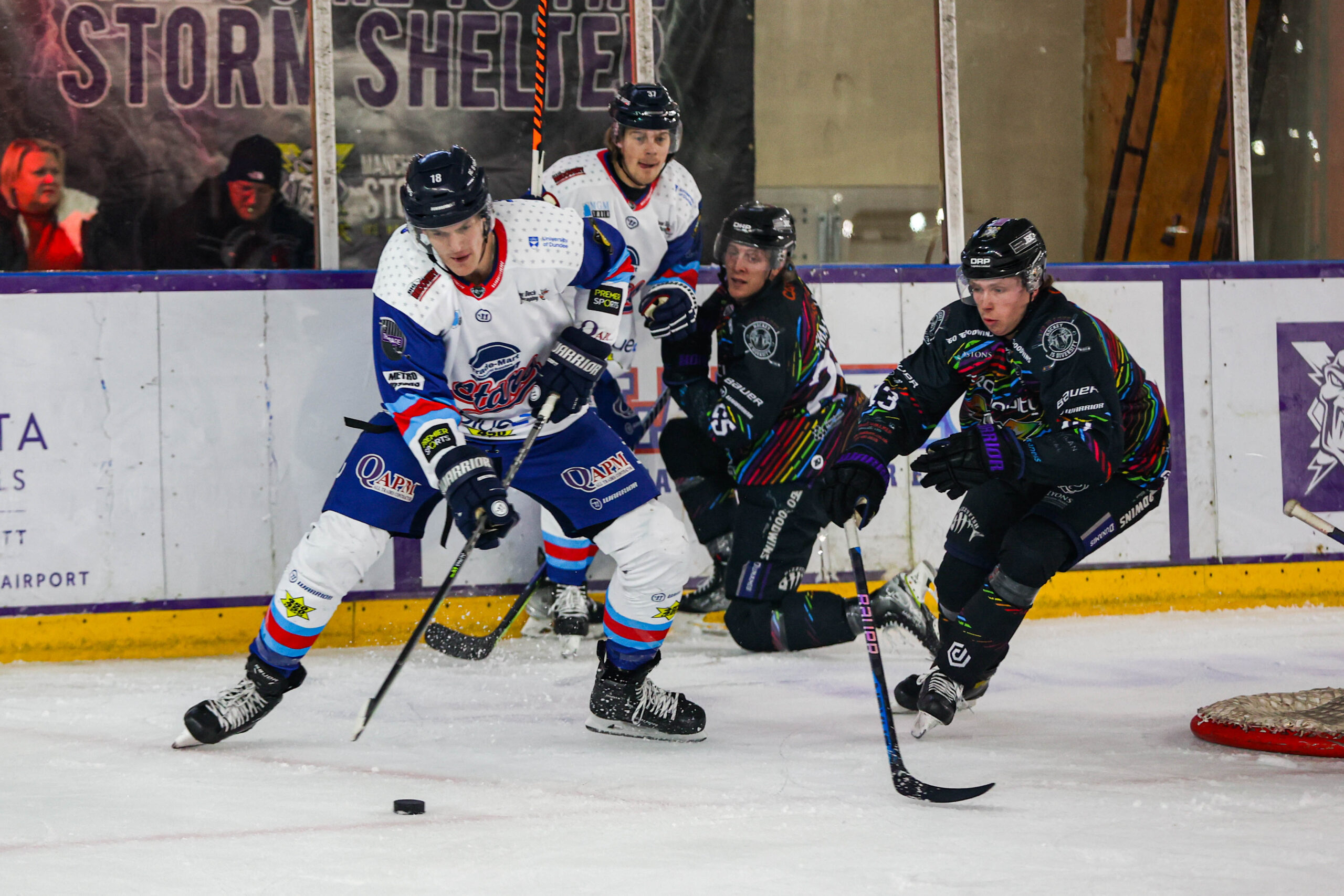 Fawcett poked home a loose rebound in the 30th minute, with the Stars serving a two-minute minor for having too-many men on the ice and then DeLuca added a fourth as he caught Svensson backing up and beat him between the glove and leg pad, at the near post.

Dundee needed a big third period and got just the start they needed as forward, Hugo Reinhardt beat the Manchester goalie with a shot from a tight angle, that snuck in at the near post.

With the Tayside team pushing for a third to make it a one-goal game, the home team were just about hangning on as the Stars put them under more and more pressure, but the Storm eventually got the goal they need to relieve that pressure as DeLuca broke down the ice and pulled off a forehand to backhand deke, before sticking the puck past Svensson on 55 minutes.

With time looking like it had run out for the Stars, that did not stop them from making it a tense finish as Philippe Sanche buried his chance from point-blank range to make it 5-3, just over a minute after the restart and then with thier goalie pulled and only 90 seconds left to play, Johan Eriksson cut the lead back down to one.

The Swede batted the puck out of the air and smacked it into the wide-open net from the back post after Elijiah Barriga’s shot went straight under the keeper and back across goal.

Although, that would be the final goal of the night as Manchester held on to claim the two points but the two sides meet again in Dundee in two weeks, but first the Stars return home to take on Fife Flyers in the annual Pride Night at Dundee Ice Arena. 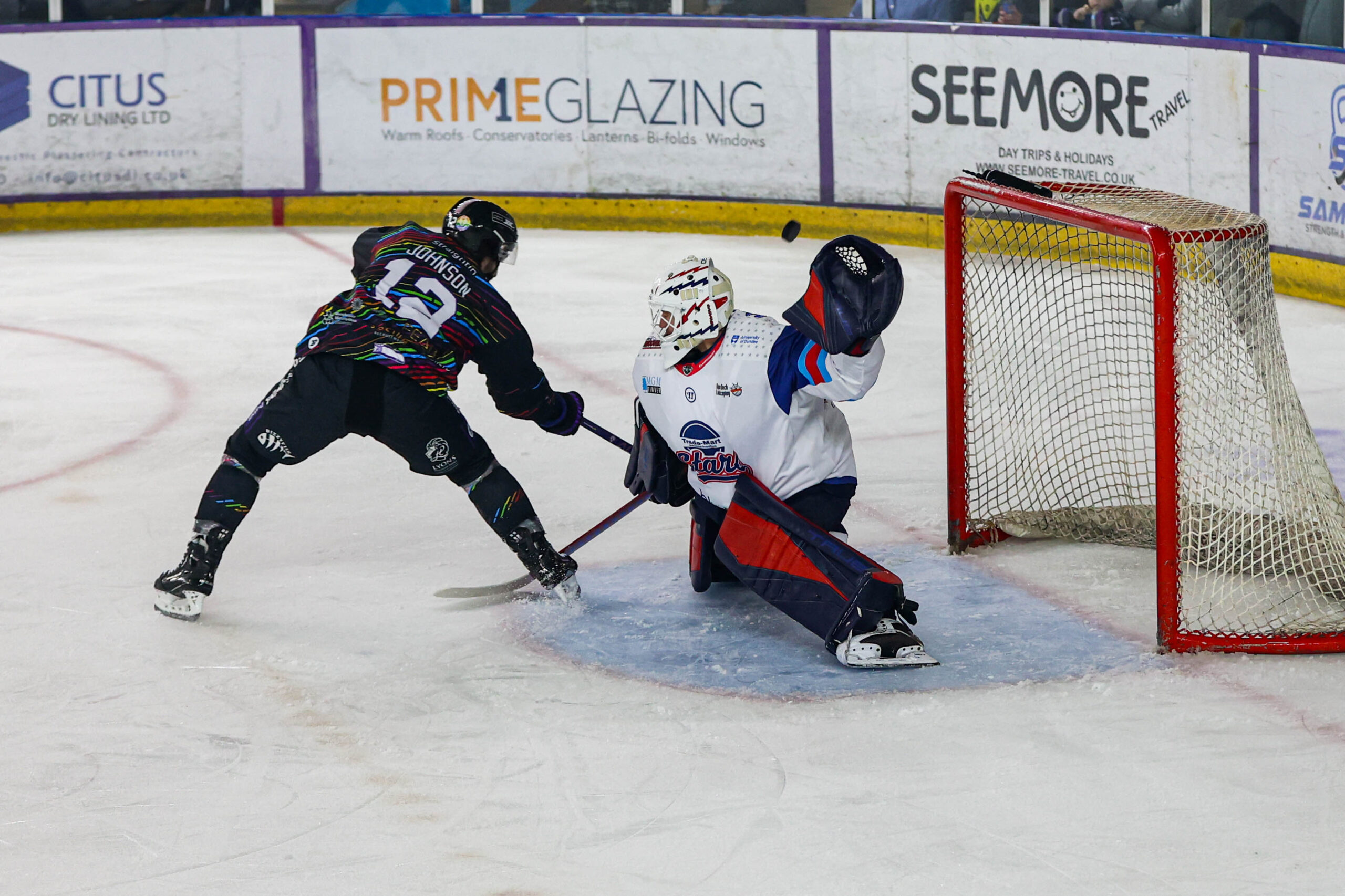