The Kitmart Dundee Stars are delighted to announce the signing of British netminder, Brython Preece.

The 21-year old most recently iced for the Coventry Blaze in 2017-18 and head coach, Omar Pacha has brought in the Welshman to back-up, Canadian, Alex Leclerc for this season.

The Newport-born, goalie came through the Cardiff Devils youth system and standing at six-foot-five-inches, he is a big presence in front of the net.

Brython is a rare breed of goaltender as he catches with his right-hand and that causes some problems for opposition who are used to facing left-handed goalies every night.

Two seasons ago, Preece was the back-up to Canadian stopper, Kevin Nastiuk at Coventry Blaze and covered for the West Midlands club on eight occasions.

During the 2016-17 season, he had been playing in North America and had signed with the Utah Outliers in the Western States Hockey League but he soon returned home to Britain as a chance to play with Coventry Blaze arose.

The previous year, Brython was a part of the Ontario Hockey Academy in Canada and played for two season with their Under 18’s squad.

Brython did not ice for any professional team last season as he took a year out of hockey, due to other commitments. 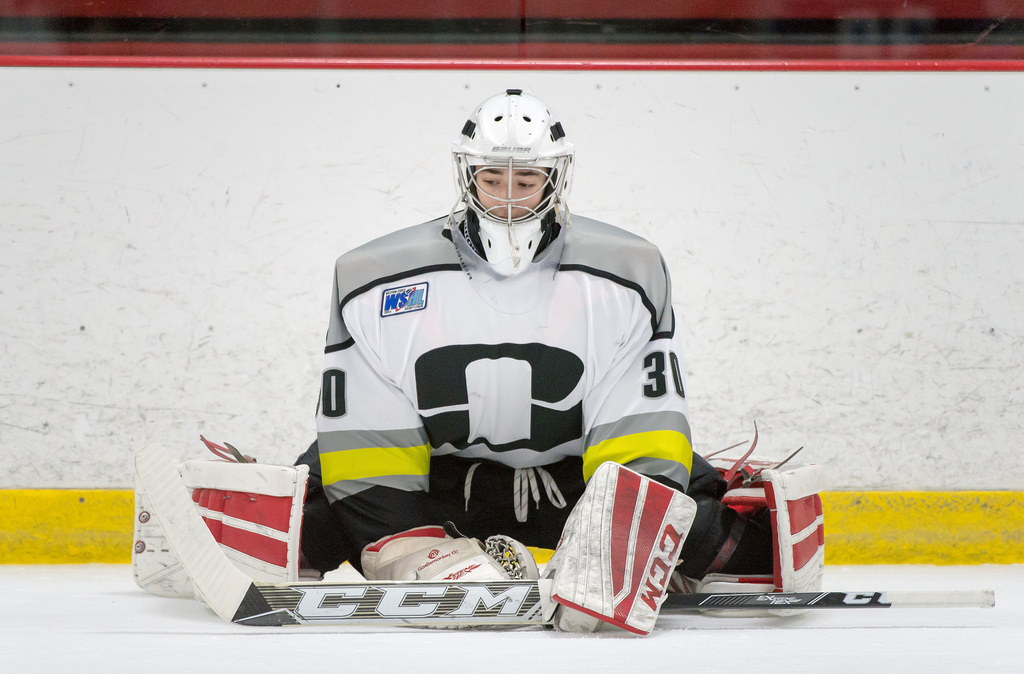 Once his goaltender pairing was confirmed, Pacha said:

“Unfortunately, Sheepdog (Craig Holland) informed us a few weeks ago that he wasn’t coming back which was disappointing, but we had to move quickly and Brython was available.

“Brython is a tall, lengthy goalie and is in good shape now.

“He didn’t play last year but he is hoping to continue his development this year and he is still young, he is only 21.

“He is a guy that works hard over the summer and we are excited to see progress and see him in camp.

“All his experience from his time with Coventry will help in the league this year.”

After completing his move to Dundee Brython added;

“I’m very excited, especially to be back in the league this year.

“I wasn’t expecting to have a sabbatical season but it could have happened at any point in my career but I think now I’m stronger physically and mentally than I have ever been.

“I’m hungry and happy to be at the Dundee Stars this year.

“I’m the hungriest I’ve been to play, for this season so I’m really excited for it.”

Odense Bulldog tickets are on sale now get yours HERE!

Preece will wear #51 for Dundee this year.