Stars extended their winning run to four games with another four point weekend and claimed their first victory of the season over the reigning champions.

Dundee were again without the injured Jordan Kelsall as he missed his second game of the weekend. Cardiff were missing four skaters from their line-up and also did not ice their latest signing, Drew Schiestel as he was left out as the extra import.

Stars sat back in the opening minutes and absorbed all the Devils pressure before creating the first dangerous chance. François Bouchard took a shot that goaltender, Ben Bowns got a piece of before he dived on top of the loose puck to end the chance. A few minutes later Dundee created a three-on-two break and Lukas Lundvald switched a pass across to captain, Johan Andersson but he could not hit the target with his shot.

The Tayside club gained the first powerplay opportunity as Mark Louis was penalised for interference in the fourth minute. Cardiff out-worked Stars on the man advantage and quickly seen out the two minutes. After being released form the box, Louis seen his shot deflected by Stephen Dixon but the Devil turned it just wide of the target in the eighth minute.

The Welsh outfit were attacking again as Matt Pope skated into the Stars end and fired just wide with a backhanded effort. Stars were quite happy to let the opposition come at them and they did well to tie-up sticks and clear away pucks after Pontus Sjögren had made the necessary saves.

After some pressure by the home team, they took the lead in the 14thminute as Louis released a low shot from the blueline that was tipped by Pope on its way through the legs of Sjögren. Drydn Dow went through on goal following the restart but his chance was ruined when Bowns left his crease to clear the danger.

Stars had numerous opportunities to draw level but a combination of saves by the Cardiff goalie and clearing by the Devils defence kept the home side ahead.

Andrew Lord’s men applied more pressure on the Stars defence late in the period but Sjögren made a few good saves to keep Cardiff just one goal in front. Dundee needed to create more offence if they were to get back on level terms but continuing their good defensive work would be key.

Cardiff came out swinging in the middle period and Mike Hedden blew a massive chance to double his side’s lead. He was denied by the leg of Sjögren on his first shot before shooting the rebound wide. A few minutes passed before Jordan Cownie fired a good shot that forced Bowns to make a blocker save as Stars began to show that they could break against the Devils.

Dundee were back on the powerplay as Pope was boxed for elbowing in the 26thminute. Stars worked the Cardiff keeper well but were unable to make the breakthrough as their second man advantage expired. There was some concern for Dundee’s Lundvald as he was involved in a knee-on-knee collision but he appeared to be okay and remained on the bench.

Sean Bentivoglio doubled the Devils lead after tapping home the rebound from a Pope shot that was saved by Sjögren in the 35thminute. Dundee went on the penalty kill just after the restart as Matt Marquardt was called for slashing in the 36thminute. Omar Pacha’s men killed off the two-minute minor before Sjögren cut out a dangerous pass with his stick to end a Devils attack.

The home side nearly added a third goal as Hedden batted a high puck into the Stars goal. However, referees, Matt Rose and Matt Thompson disallowed the goal as they believed that Hedden made contact with the puck above crossbar height. Neither side could find the net before the end of the second period and Stars were luckily only trailing by two goals.

Both sides were creating offence early in the third as the action went back and forth. Dundee’s Brian Hart skated the puck in front of goal but he failed to jam it past Bowns before Sjögren denied Cardiff of a third goal as they went back the other way. A few moments later, Stars turned a slow defensive play into an attack and got off the mark in the 46thminute.

Possession fell to Dow and he sent a shot off the post and the rebound came to Andersson, who smashed the puck through some bodies and into the net. Dundee were alive and piling the pressure on Cardiff. It did not take long before another chance came the way of Dundee. Although, this time they could not get the puck though the Devils defence.

The home team were not going to ease up and Charles Linglet made a good move forward, splitting the Stars defence but he was tripped up before he could get a shot off. Marquardt was the player charged with the offence but Dundee easily neutralised the Cardiff powerplay.

Joey Martin rung a shot off the bar as both teams were pushing hard for the next goal. However, Stars tied the game in the 56thminute, Dow caught the puck in mid-air, dropped it at his feet before he fired a shot from a tight angle to beat Bowns through his leg.

Stars went straight back on the attack and scored again. Shawn Boutin drove a shot into the near post and Dundee players began to celebrate but the referee called no goal before indicating that Stars had scored.

The goal went to a video review and after a long delay the goal was chopped off. From the restart, the Devils went right back to attacking but could not breakdown Dundee. Stars had the last chance in regulation as Hart received a pass in front of goal but he hit his shot first time into the glove of Bowns.

Five minutes of overtime was required to separate the sides but for the first few minutes, the play went from end-to-end with chances for both sides. Lord’s men had a chance to win the game as Mike Sullivan was stripped of the puck by Bentivoglio but the defender recovered to cut out the chance.

Neither side could score the game-winning-goal before extra time ran out, thus a shootout was required. Marquardt shot first for Dundee and beat Bowns to give Dundee an early advantage before Joey Haddad put his shot over the bar.

Bouchard missed his chance to double Dundee’s advantage before Hedden rifled a shot off the crossbar and in to draw Devils level. Charles Corcoran scored through Bowns’ five hole to restore Stars’ lead then Dixon was denied by Sjögren before Hart and Martin also missed their chances.

Matt Bissonnette was stopped by Bowns before Linglet scored to send the game into sudden death. The shooting order was reversed and Linglet stepped out again for Cardiff but was denied before Marquardt took his second penalty and beat Bowns on his blocker side to win the game.

Sean Bentivoglio and Pontus Sjögren received the ‘Man of the Match’ awards. Stars have strung together four straight league wins and are now tied on points with ninth place, Manchester Storm.

On Saturday night, Stars had made it three straight wins with a victory against Coventry Blaze as they skated to 4-2 win on home ice. Ben Lake’s powerplay goal put the Blaze ahead before Bouchard drew Stars level in the middle period.

Luke Ferrara put the English side back in front but a brace from defender, Sullivan moved Stars into the lead before Corcoran gave Dundee a two-goal cushion with less than two minutes left to play.

Speaking after the match, Stars head coach, Omar Pacha said: “When you get four points you are always happy but I thought at points yesterday we were okay, we did not do anything special.

“However, I thought the third periods in both games was where we played some of our best hockey, not only of the weekend but of the season.

“I thought yesterday we were flying in the third and tonight, being down two, we never felt like we were out of the game because we were creating momentum in that second.

“Obviously, we got two goals and we got one where we all thought it went in but it was ruled out and then I was happy with what I saw in the shootout.”

Stars now have a chance to avenge last week’s 8-0 loss to Belfast Giants with another meeting in Dundee this week. 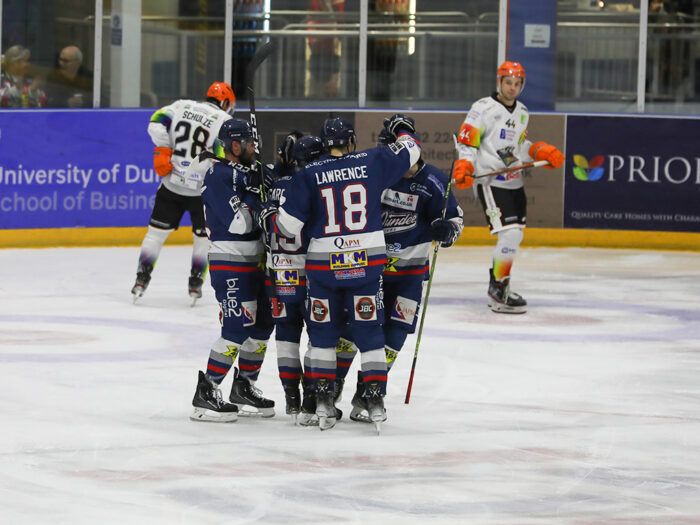 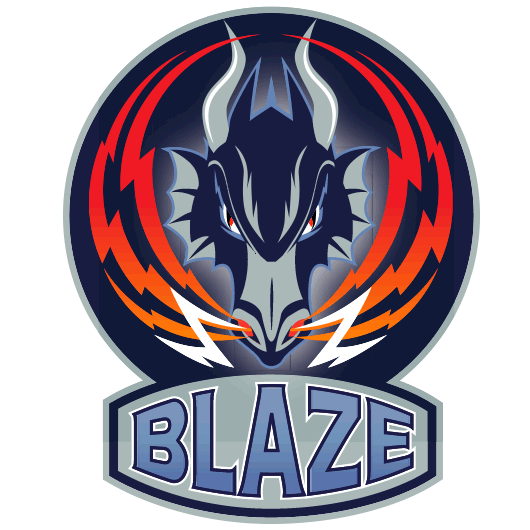