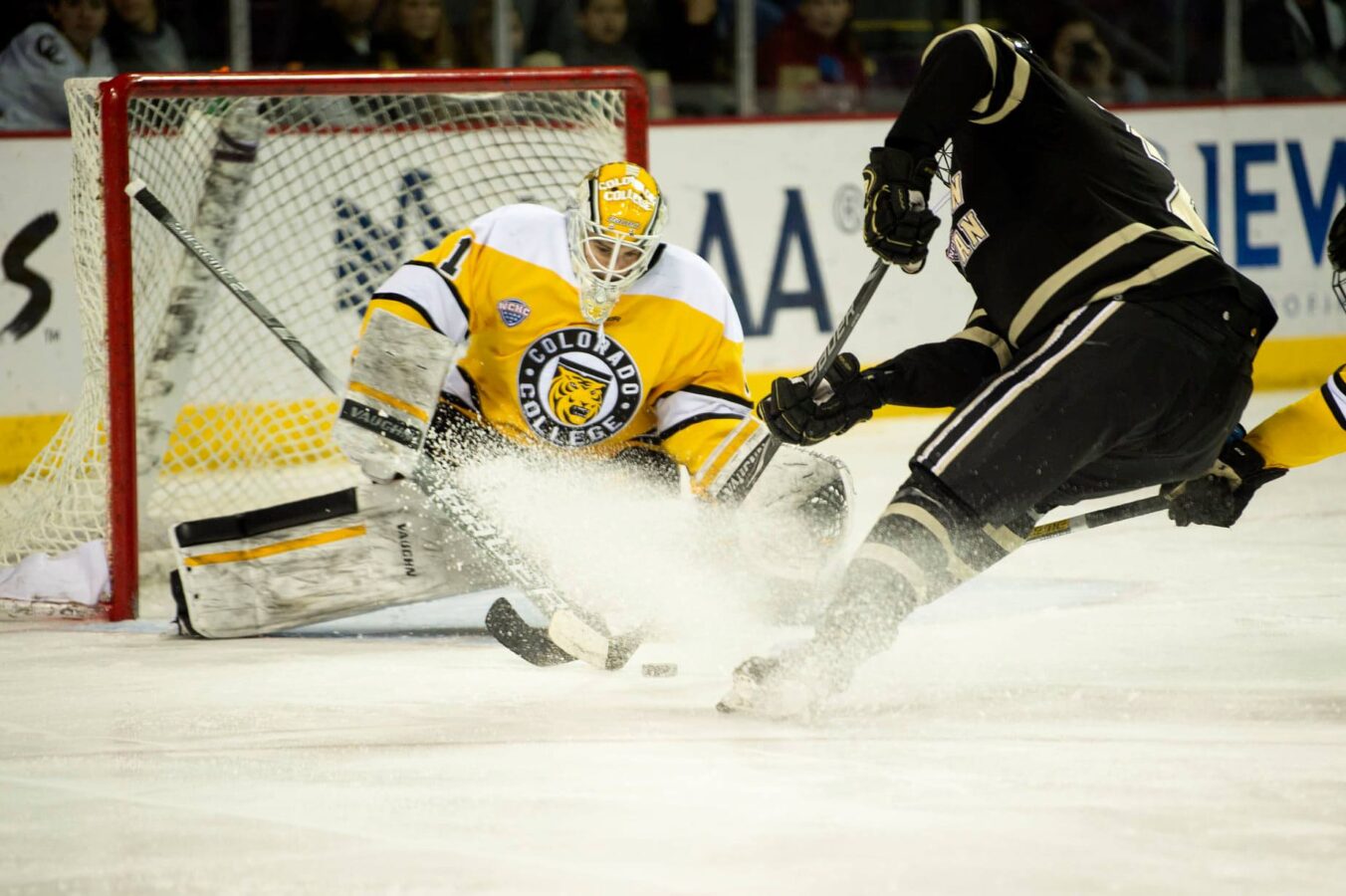 The Kitmart Dundee Stars are delighted to announce the signing of 24-year-old Canadian netminder, Alex Leclerc. The left-handed goalie joins from East Coast Hockey League side, Utah Grizzlies where he finished off last season after leaving Colorado College.

Leclerc made one appearance for Utah after a very successful season in the NCAA and was an honourable mention in the 2018/19 all-star team.

In 40 matches, the Longueuil, Quebec native made the highest amount of saves in the league last year, stopping 1140 shots, which is 91.4 per cent of the shots he faced and he also had a goals against average of 2.70.

Before joining Colorado in 2016, Leclerc had previously played for Sherbrooke Collège Cham. Cougars of the QJAAAHL for three seasons between 2012 and 2015.

He also spent one summer in the Australian Ice Hockey League, playing with Melbourne Ice before signing for AJHL outfit, Lloydminster Bobcats.

Leclerc has picked up a few accolades in his seven-year career, firstly for having the best save percentage (.921) in the QJAAAHL in 2014/15.

In 2015/16 he was selected in the AJHL North All-Star Team and last year was an honourable mention in the NCAA’s NCHC All-Star team.

After signing-up Leclerc for next year, Pach said:

“There were a lot of options for goalies and for me I always want a goalie that is hungry, that wants to improve and I thought Pontus (Sjögren) did great for us last year.

“Alex is a guy that has that potential to be a standout goalie and he is driven.

“He is only 24 and he has played a lot of NCAA games, so he is used to long-travel and that will benefit him in this league.

“He has always been a guy that won positions and likes adversity and last year he faced the most shots in all of the NCAA.

“He kind of reminds me of a guy like Dan Bakala.

“His size and his frame, he is really quick around the net and he goes from side-to-side as fast as any goalie I have ever seen.

“I think truth be told, the only honest reason why he is not playing maybe in North America is maybe his size but I don’t think that will affect him here.

“Leclerc is a guy that wants to be here and wants to help this organisation grow and he wants to be not only a good goalie but a great goalie, he wants to be the best and he is challenging himself and that is great to hear.”

Speaking after completing his first move to Europe, Alex said:

“I am honoured to be a part of the Dundee Stars family for the upcoming season.

“After speaking to coach Pacha, I can’t wait to be a part of the organisation.

“I want the Dundee Stars to win every single game and I look forward to being part of the season ahead.”

Fans are reminded that the early bird season tickets period ends on 31st May 2019. Buy yours NOWfrom the Dundee Ice Arena box office.

Leclerc will wear #71 for Dundee this year.