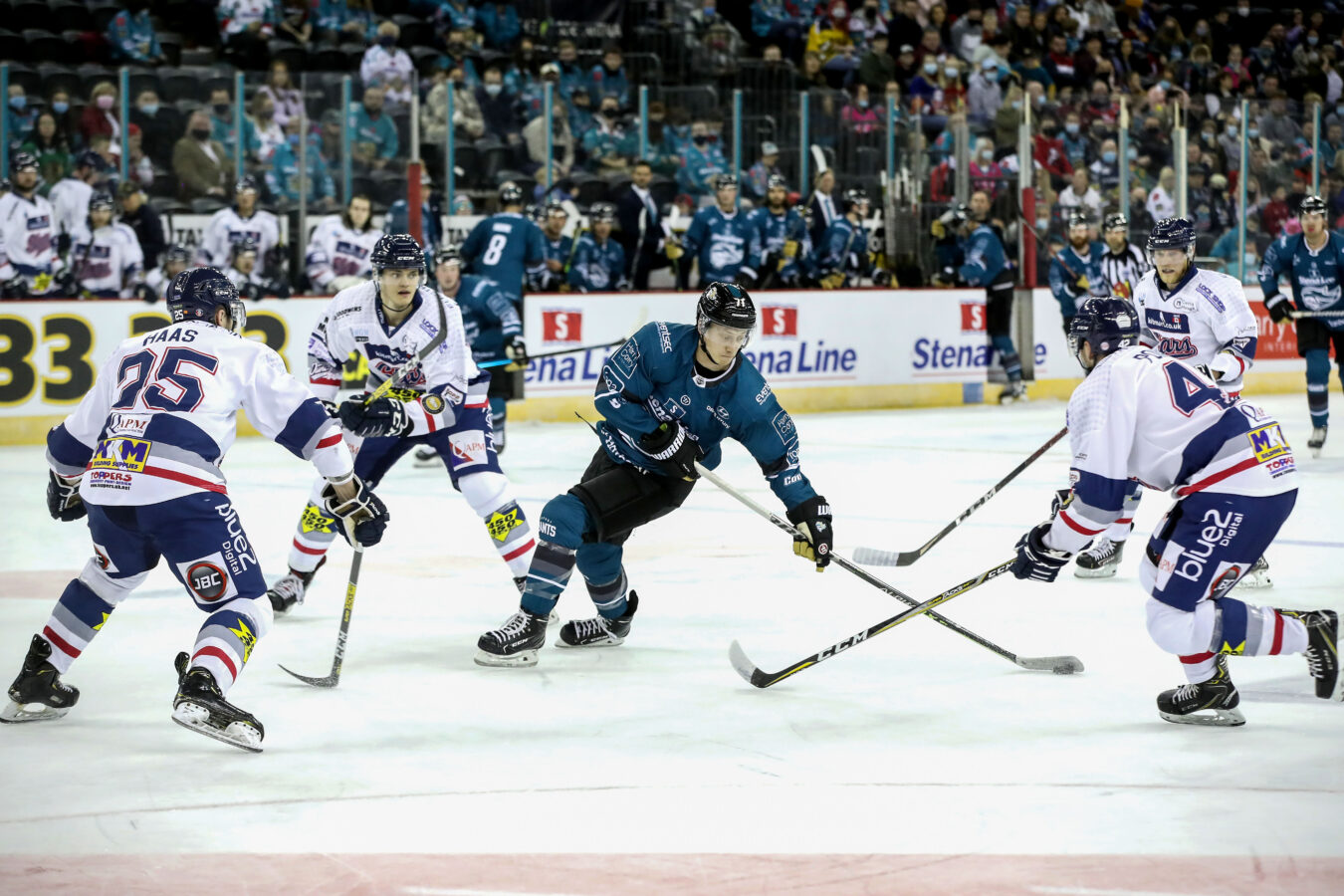 The Kitmart Dundee Stars were unlucky not to score and secure their first points of the season on Friday night in Belfast, as they were beaten 2-0 by the Giants.

The first period began with the Stars jumping straight onto the attack with forward, Sebastian Bengtsson testing Belfast netminder, Tyler Beskorowany inside the first 20 seconds, but his shot was easily batted away by the Canadian.

Then the first few minutes of play became scrappy as both teams battled for the puck, before a tripping penalty against Dundee’s Dillon Lawrence allowed the home side to capitalise on the first man advantage of the night.

In the sixth minute and after a net front battle, the puck sprung out the circling JJ Piccinich, who flung the puck through traffic and past Adam Morrison and into the Stars goal.

Despite a powerplay chance for the Tayside team straight after the goal, they still could not break down the Belfast defence and were sucked into an end-to-end game of counter attacks.

However, Dundee did save a certain goal as two defensemen jumped onto the goal line to clear Griffin Reinhart’s dropping shot after it deflected downwards off the crossbar in the 11th minute.

More penalties were called against the Stars but they managed to see both two minute minors out without going 2-0 down.

However, after Gabriel Desjardins was given a breakaway chance to tie the game and fired wide of the Giants net, Belfast countered straight away and burst down the ice.

Jordan Boucher fed the puck through to Lewis Hook and he applied a fast and rising finish into the top right corner on 17 minutes.

There was a heated end to the first period as tempers flared between the two sides and resulting penalties meant both sides started the second period a man down.

Although, Dundee would quickly find themselves on the powerplay as Ciaran Long was penalised for high sticks but the Scottish side failed to punish the Giants.

Just as Belfast looked to be holding the Stars under pressure, Omar Pacha’s men turned the table and started to wear down their opponents.

With more and more scoring chances coming for Dundee, it looked as if they were bound to get off the mark before the end of the second period.

However, a lack of clinical finishing combined with some outstanding saves by Beskorowany kept Dundee off the board.

In the final minutes of the second period, things began to heat up again as both side’s feisty nature surfaced.

Dundee were then gifted just what they needed to kick-start a third period comeback, as Kevin Raine was penalised for interference in the 44th minute.

Although, once again they were unable to punish the home team’s poor discipline and it was that failure to capitalise that left the Stars chasing the game right down until the final moments.

Ultimately, the Giants closed down the game and secured a shutout win on their home opener and kept the Stars winless streak running.

Next up for the Stars is a trip to Kirkcaldy on Saturday night for a rivalry match with their arch enemies, Fife Flyers.