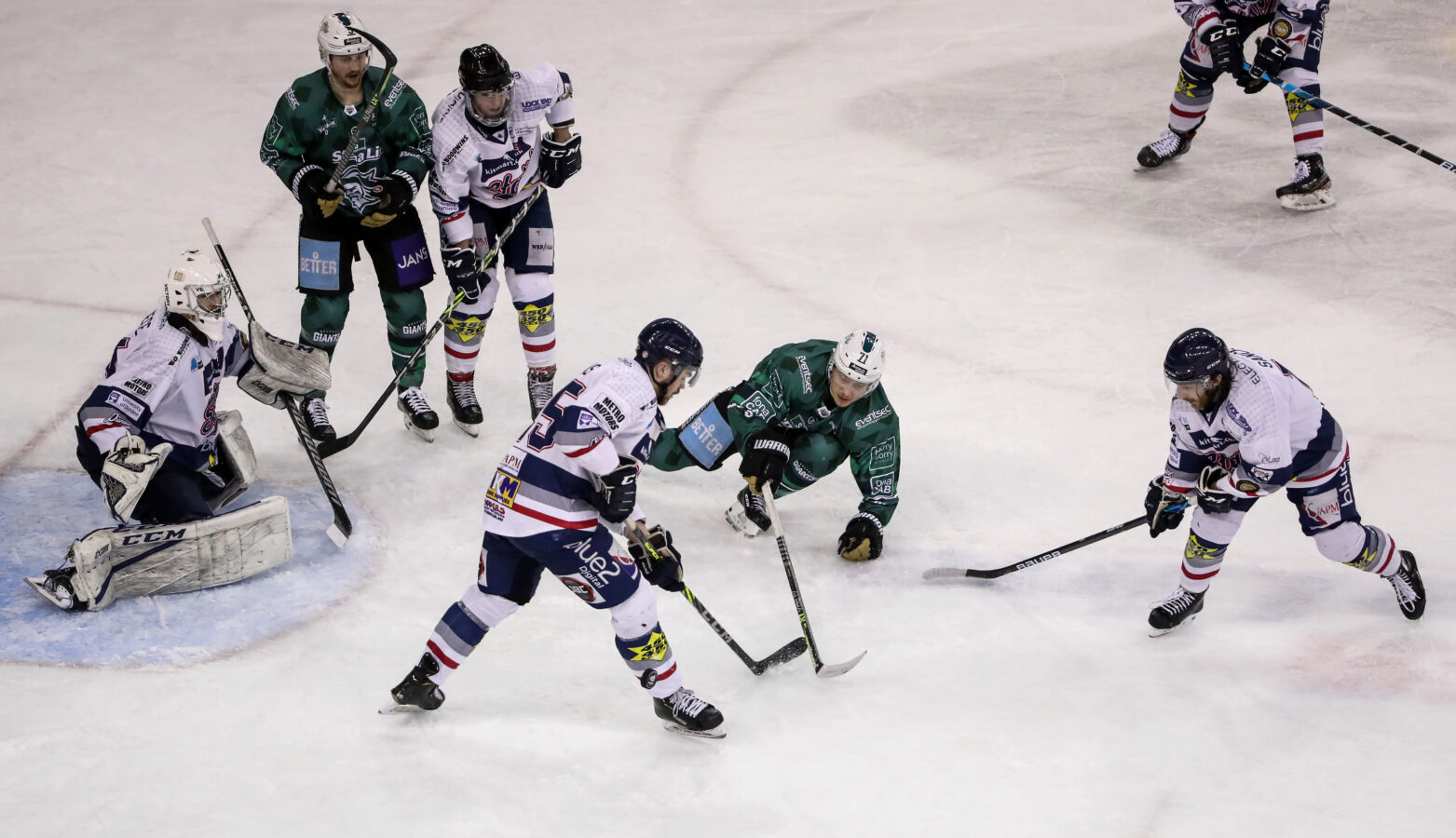 Bench (Served by: Gabriel Desjardins) 28:42
2 Abuse of the Officials

The Kitmart Dundee Stars suffered a 4-1 defeat in their final league clash with Belfast Giants and have dropped down to sixth place in the Elite League table.

With Adam Morrison and Drydn Dow still out of the line-up, the Stars arrived in Northern Ireland with only five defenders, but four full forward lines.

Inside the first two minutes of match, Belfast got the perfect start they needed to kill Dundee out of the game.

Jordan Boucher would fire the home team ahead on two minutes as he turned home a loose rebound that Brython Preece had failed to control after he made the initial save.

Then on four minutes, Stars defenseman, Kalvis Ozols was penalised for a hooking foul and that allowed Mark Cooper to double the Giants lead with a powerplay goal, as he was left unmarked at the back post.

JJ Piccinich would then join in on the scoring at 14 minutes to move the recently crowned Challenge Cup extended their lead to 3-0, as he used his breakaway to beat Preece up high.

In the second period, the Stars finally responded in the 38th minute when Sebastian Bengtsson fired home from close range to finally beat Tyler Beskorowany.

However, Dundee would fail to find another breakthrough in the match and would concede one more goal before the final buzzer, as Piccinich netted once again on 43 minutes.

A defeat against the Giants in their final regular season tie was not how Dundee wanted the series to end but they now have to focus on the mini-series that is just starting, as they face Coventry Blaze three times within the next week – starting with a home game against Danny Stewart’s men on Sunday.