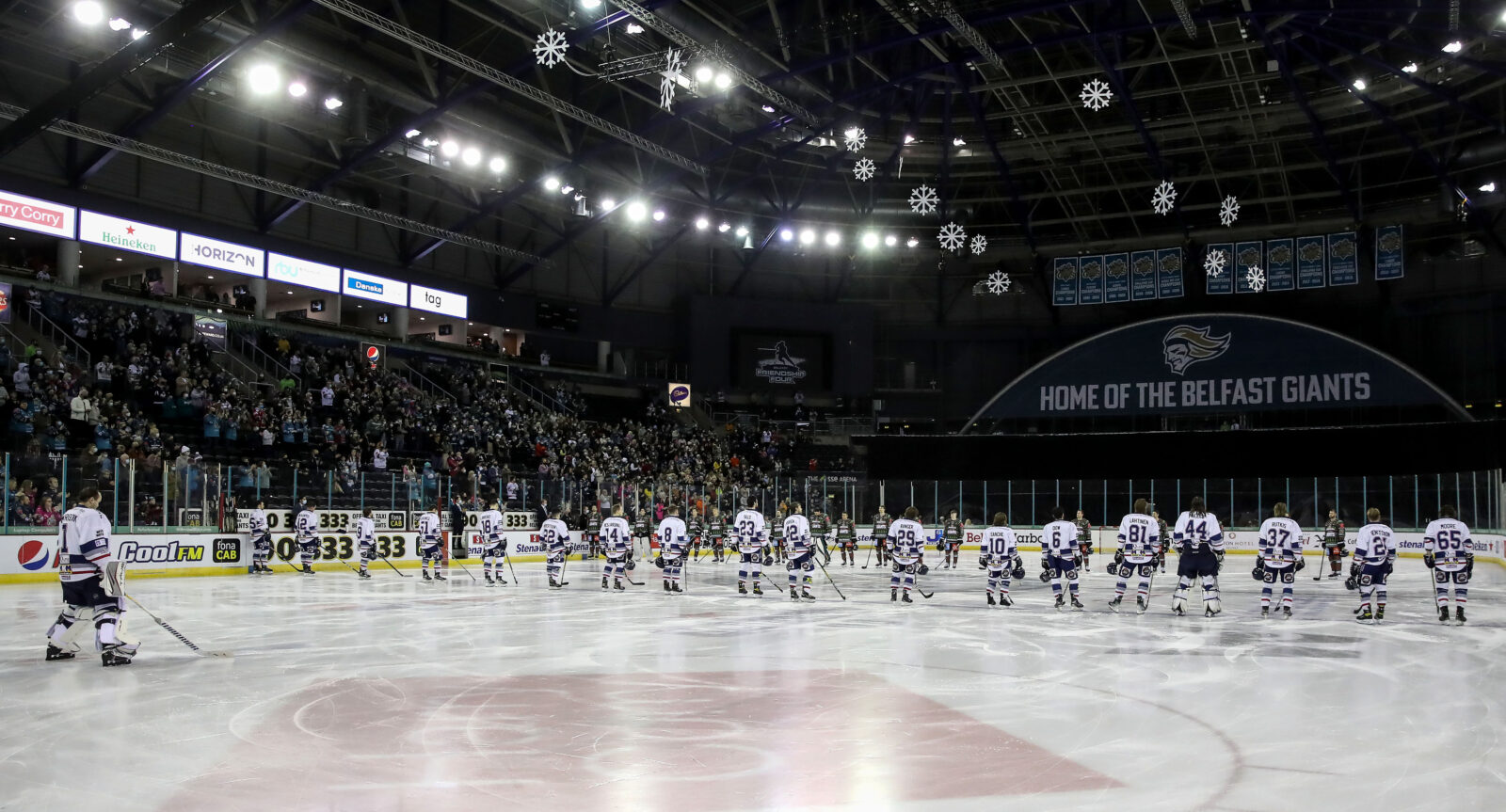 The Kitmart Dundee Stars suffered a punishing defeat against Belfast Giants on their first outing since leaving the Elite League’s COVID Protocol.

The Stars would make a good start to the game and were able to ride out the opening minutes without conceding, even whilst hitting some early penalty trouble.

However, after failing to make a good 10-minute spell of pressure count, Dundee would fall behind on 18 minutes, as Belfast’s Kevin Raine saw his shot slip through traffic and past netminder, Adam Morrison.

The Giants would then swiftly add a second, just over a minute later and JJ Piccinich’s inch perfect finish into the top right corner converted the powerplay, as Dundee’s Markus Kankaanperä had been penalised for cross-checking.

After a strong opening 18 minutes, Omar Pacha would have been disappointed to go into the first break 2-0 down, but it only got much worse for the visitors during the second period.

Once again, the Stars kept their foot in the game for around 10 minutes, before Tyler Soy’s smartly placed bank shot ricochet into the net off the back of Morrison, to make it 3-0 after 33 minutes.

Two minutes later, Belfast captain, David Goodwin was on hand to finish off the pass from Scott Conway, as the latter created an open goal for Goodwin to fire into, with just a single pass.

A short and tough fight between Ben Lake and Dundee’s Kankaanperä disrupted play briefly as the pair took their frustrations out on each other.

Although, Goodwin then bagged his brace with one second left on the clock in the second session, as he arrived late and skated straight onto a rebound from Ciaran Long’s shot, sending the home team five goals ahead.

In the third period, the Northern Irish club did not ease up and made it 6-0 after less than 90 seconds, as Jeff Baum redirected the shot of Mark Cooper past Morrison, which also forced the Stars into a goaltending change.

Dundee back-up, Brython Preece would face 13 shots during his 15 minutes of action, but the first one from Soy slipped past him, as the Giants forward broke away from everyone else before calmly slotting the puck underneath the Welshman.

Following one last 10 minute spell of no-goals, the Stars finally got off the mark and stole the clean sheet away from Tyler Beskorowany.

Inside the 58th minute, Swedish winger, Sebastian Bengtsson moved forward quickly to catch the pass of Spencer Dorowicz, from behind the Belfast goal and Bengtsson then sent a low shot into the bottom right of the goal.

The Stars did not make the return they had hoped for, however they have a chance to extend their winning run at home and get the new year off to the perfect start, when they host Fife Flyers on Monday.

Dundee’s trip to Coventry Blaze on Sunday has been postponed as the Blaze have been placed into the league’s COVID Protocol.