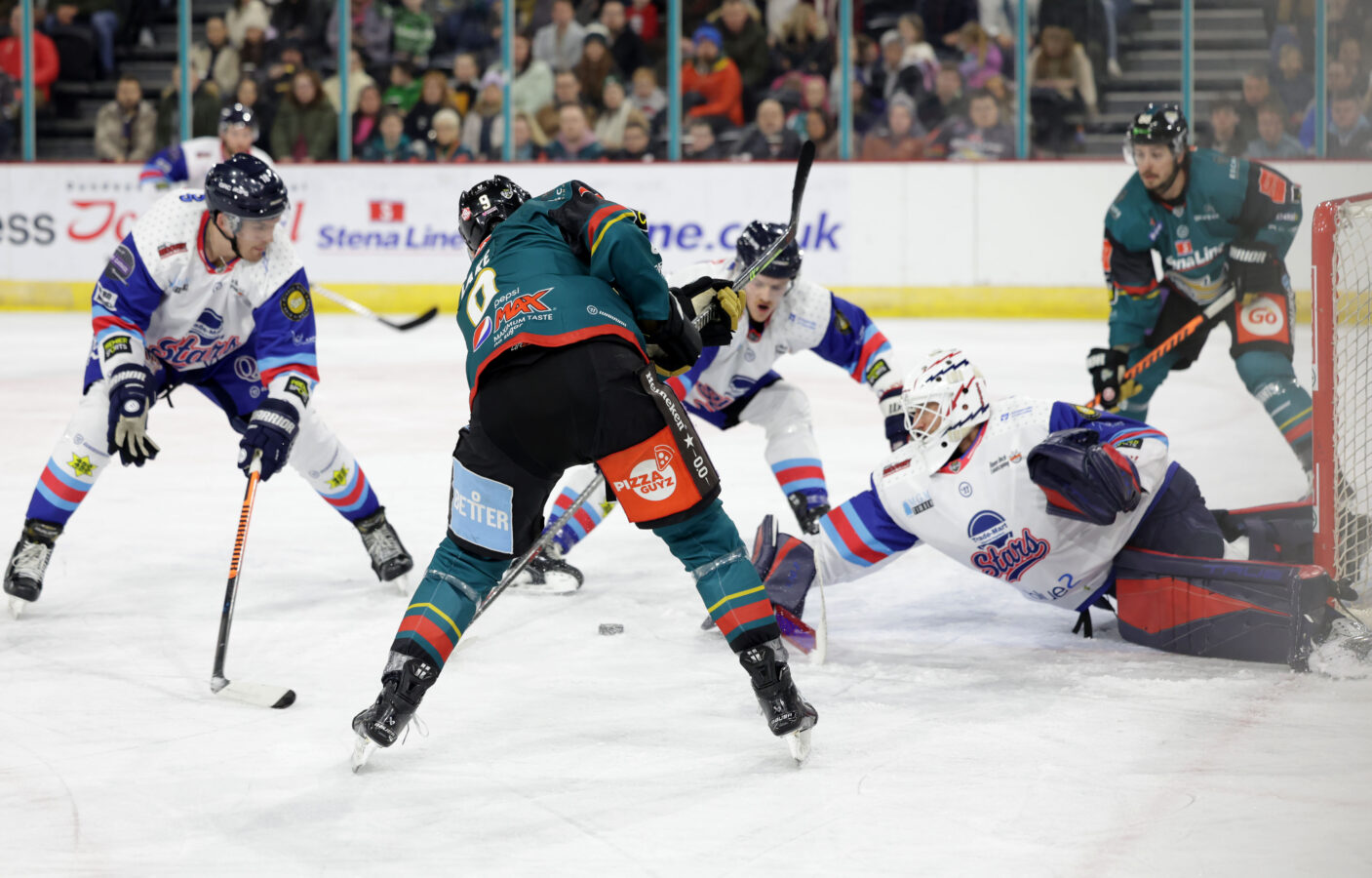 The Trade-Mart Dundee Stars played their only game of the weekend in Belfast on Sunday night and were looking to continue their point streak in the SSE Arena, after forcing the Giants to overtime twice and to a shootout once in their last two visits.

The Stars arrived in Belfast without injured duo, Ben Brown and Hugo Reinhardt, but also two-way forward, Jonathan McBean who is currently away in Lithuania representing Great Britain Under 20’s and he also picked up two assists in Sunday’s 4-3 win over the host nation.

Meanwhile in Belfast, Dundee were put under severe pressure from the Giants, right from the start but did well to defend their net and keep the home side from taking an early lead, that could have titled the ice in their favour.

Jeff Mason’s men continued to absorbed that heavy pressure from Belfast and would soon break down the ice in the ninth minute and that is when they showed just how clinical they can be, as Philippe Sanche converted on what was the Stars second shot of the game.

Dundee winger, Romans Semjonovs had won the puck back deep in the corner of the Belfast end before turning a pass out front from behind the net, where Sanche was waiting and the Canadian struck and fast, rising shot that beat Jackson Whistle up high to open the scoring.

The Stars would hold their lead for around six minutes as the Giants finally found a way through the tight Dundee defence and they did so with a cross-ice pass from Ben Lake, who had driven down the left wing, before switching the puck across to Will Cullen.

The Belfast defender hit a first-time effort straight into the top corner, which just beat Anton Svensson to his near side post and despite, powerplay opportunities for both teams, the first period would end in a stalemate. 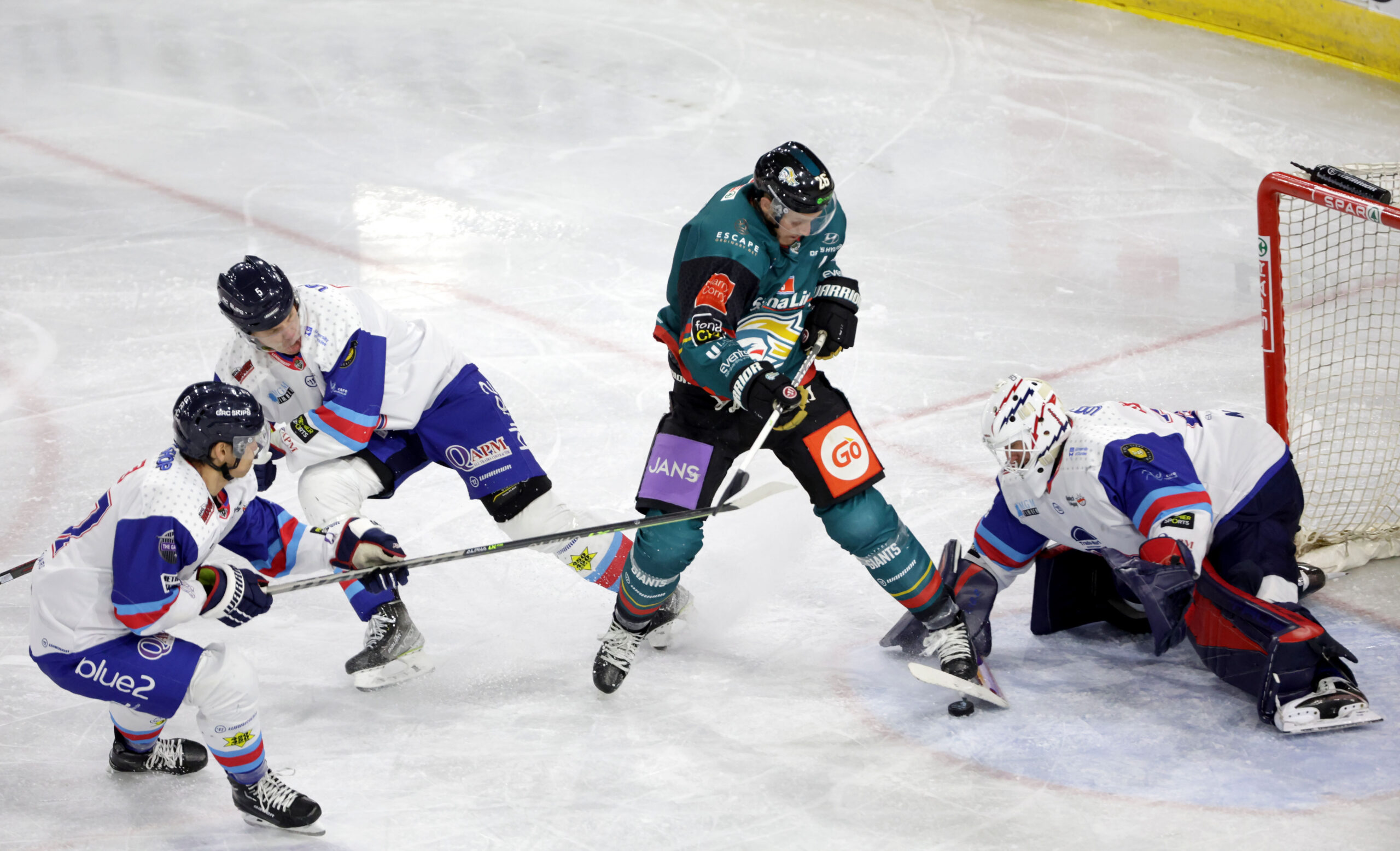 In the second session, there was another powerplay chance for the Northern Irish club but Dundee remained defiant and did so up until the 29th minute when Cullen hit the back of the net again.

This time, the American fired a long-range effort that beat Svensson to his right side and the Giants would then double their advantage five minutes later as Ben Lake got himself through on goal and calmly converted on the breakaway, as he deked his way around the Swedish netminder, before scoring with a backhanded finish.

Despite the home side peppering them with shots and now holding a two-goal lead, the Stars did not admit defeat and quickly pulled a goal back just 75 seconds later.

Dundonian defender, Kris Inglis drove the Stars attack deep into the Giants zone before cutting a pass back to Ben Sokay, who swiftly hit a shot on target which would be saved by Whistle, but Swedish winger, Johan Eriksson was perfectly placed at the back post to turn in the rebound.

Belfast held onto their slender lead until the next intermission and in the third period, they were quickly trying to extend it and would score twice, but their first goal would be disallowed as Lewis Hook made heavy contact with the Stars keeper forcing him to go down injured before the goal was scored.

Although, Hook would then net the Giants fourth goal in the 47th minute as he ended a goal mouth scramble by tucking the puck between the legs of Svensson and he then watched it trickle into the back of the net.

The reigning Elite League champions then settled in to try and kill off the game but faced a hungry Dundee squad who would not give up and in the final minutes, the Stars were awarded a powerplay after Lake was punished for boarding, and that allowed the Scottish side to make it 4-3 with 67 seconds left to play. 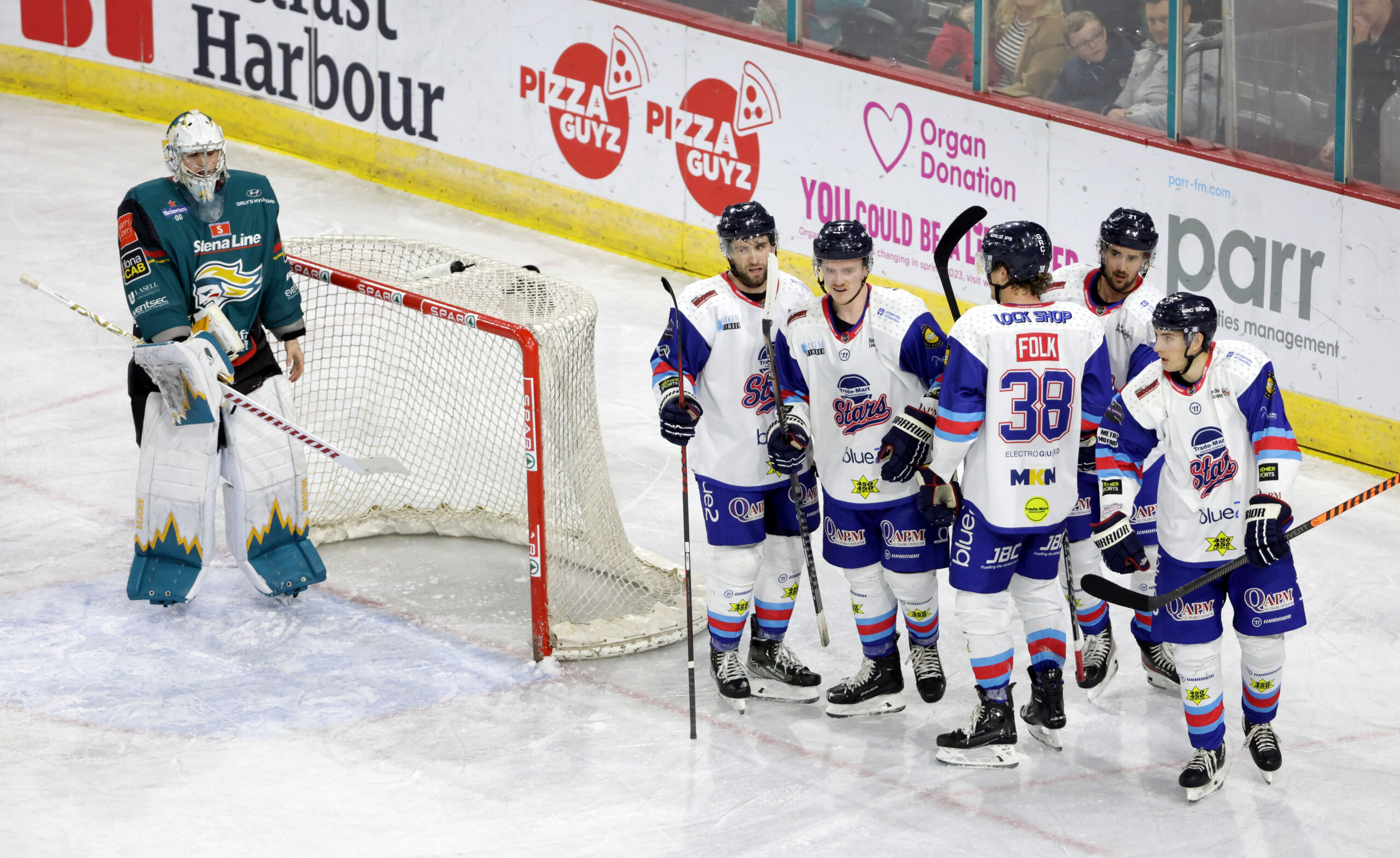 After making a number of saves, Whistle was down and out when Semjonovs found Eriksson at the back post and the Swede had another easy tap in to convert on their six-on-four advantage, as the goaltender had been swapped for an extra attacker.

The Stars then pushed hard in the final minute but could utilise their extra forward to tie the game as the Giants put their bodies on the line to defend a much-needed win for the Northern Irish side and they would hold on to claim both points.

Dundee remain ninth in the Elite League table but hold a game in hand over their rivals, Fife Flyers, who sit in eighth and one point ahead of them, but are also their next opponents on Wednesday night as Jeff Mason takes his side to Kirkcaldy for the second leg of the Challenge Cup Quarter-Finals, with the aggregate score tied at 4-4.