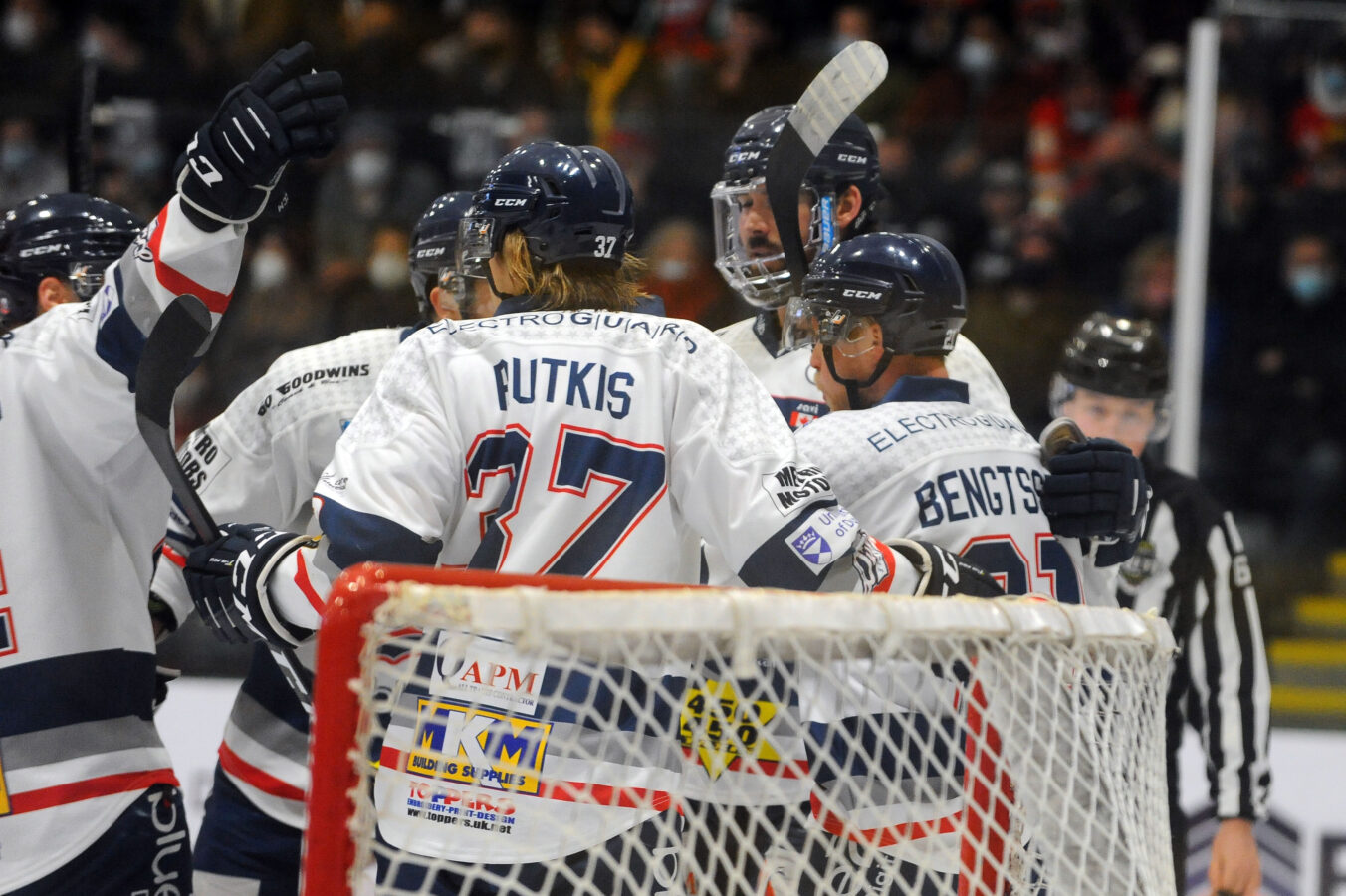 The Kitmart Dundee Stars have continued their surge up the Elite League table on Sunday night by defeating Cardiff Devils 2-1 in Wales, moving them up to seventh.

The Stars picked up right where they left off on Saturday night and opened the scoring in the sixth minute via Sebastian Bengtsson’s far post strike from the right wing.

They then continued to hound the Devils with waves of attacks but still had some counter-attacks to deal with.

Pacha’s side were then in debt to goaltender, Morrison for his heroics to keep a loose puck out of their net as it got lost under the Stars keeper.

After a review of the play, the referees Andrew Jarvie and Matt Rose delivered a ‘no-goal’ verdict and Dundee kept their slender lead.

The shifty forward was in the right place at the right time to lift the rebound of Cole Sanford’s shot past Morrison.

The two teams could then not be separated for over 40 minutes as they went back and forth at each other, with both goaltenders producing key save after key save to keep the game tied.

However, just as the game seemed certain to head into overtime to find a winner, Bengtsson bagged his brace and third goal of the weekend to send the entire Stars team into elation.

Dundee captain, Drydn Dow had fired a shot towards goal from the blueline and the Swedish winger managed to get his stick in front of the puck to deflect it past Mac Carruth, with less than four minutes to play.

The Tayside team then shut up shop for the final few minutes and defended bravely to earn their third straight win of in five days.

Pacha will be delighted to have seen his team prevail against the odds in two tough meetings with the Devils this week, also while earning a big win against their Scottish rivals from Glasgow.

The Stars are now one of the most in-form teams in the league with five wins out of their last six games and they will be full of confidence as they return to Cardiff for their Quarter-Final second leg on Wednesday, with a 4-2 aggregate lead.