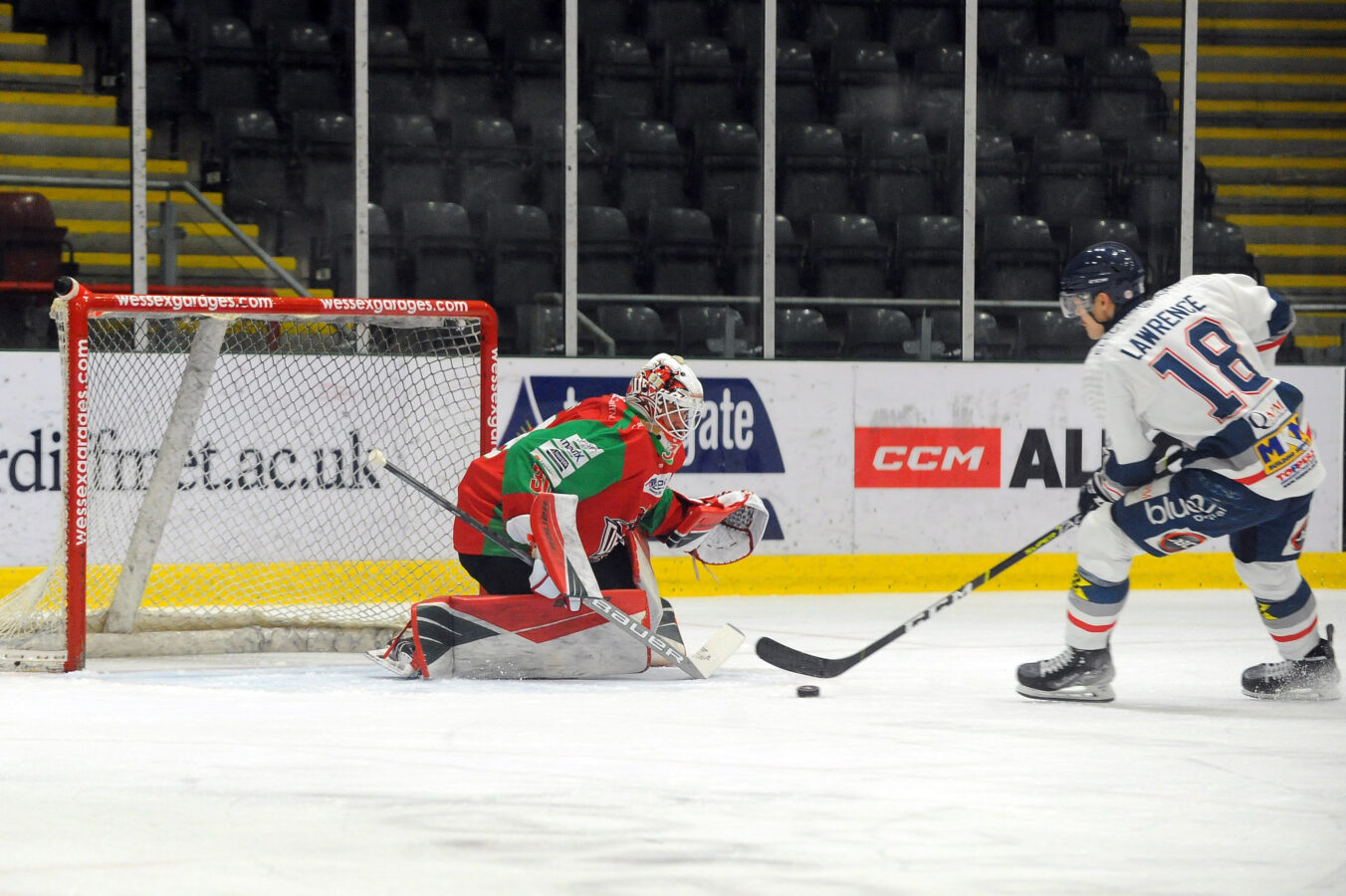 The Kitmart Dundee Stars blew their chance to make club history by reaching the Semi-Finals of the Challenge Cup for the first time, as they shipped four goals in less than four minutes.
By Kris Smith
Carrying a 4-2 lead into the second leg, Dundee needed structured and disciplined performance to overcome an in-form Cardiff Devils side, who have made a few changes since their first leg defeat.

The Stars had no time to settle into the match as the Devils came straight at them from the opening draw and put them under heavy pressure, however, the visitors kept things calm, before getting forward themselves in fifth minute and going close to extending their aggregate lead.

Dundee’s Dillon Lawrence then had the best chance of the opening minutes, when he got in behind the Devils defence but could not bury his shot after rounding Cardiff goalie, Mac Carruth.

The Scottish side were then the recipients of the game’s first penalty, as Connor Sills was called for a holding foul in the eighth minute and that is where it all fell apart for Dundee.

Just moments after Justin Crandall struck the post of the Stars goal, Brodie Reid found himself on the end of a cross-ice pass from Matt Register and the unmarked winger, blasted his shot past Morrison to make it 1-0.

Then just 21 seconds later, Cardiff’s Cole Sanford would beat the Dundee netminder with a shot through traffic and that tied the aggerate score at 4-4, after just eight and a half minutes of play.

Omar Pacha’s men then fell right back into penalty trouble as defender, Michael Poirier went to the box for tripping.

That then allowed Jake Coughler to tap in Trevor Cox’s pass at the backdoor on 10 minutes and nearly two minutes later, Joshua Waller added the Devils fourth goal in less than four minutes.

After calling a timeout, Pacha settled down his team and there would be no more scoring in the first period.

Despite taking more penalties in the middle session, the Stars survived being a man down multiple times and were also dealt another blow as forward, Alexandre Ranger was ruled out for the rest of the match with a suspected concussion.

However, Dundee slowly began to fight back and were generating a lot of pressure but found no clear route to goal.

Although, they finally got their breakthrough whilst shorthanded and Philippe Sanche would bury his chance to get them on the board and back to within one goal of a Semi-Final.

The Canadian winger burst down the ice, beating the chasing Devils before firing his shot across Carruth and into the top left corner on 34 minutes.

That crucial goal gave the Tayside team the lift they needed and put them on top for the next few minutes, but Cardiff would maintain their lead until the final minute of the second period, when Matt Register doubled it.

Register danced through the Dundee defence and after crossing the face of goal, he lifted a backhanded shot over the shoulder of Morrison to make it 5-1.

A big third period was required from Dundee and just as they seemed to be getting a good start, another penalty was called against them and it was defenseman, Kyle Haas who was called for hooking.

Once again the Stars were down to four skaters and in the 43rd minute, Jarrod Skalde’s men put the game out of reach as Stephen Dixon turned in Reid’s cross-goal pass at the backdoor.

The match then quietened down as the Devils continued to supress the Stars offence and gave them very few clear cut chances.

Whilst the Scots outshot the Welsh 18-6 in the final stanza, they could not find another goal to generate any hope in the remaining minutes.

The final buzzer confirmed Cardiff’s place in the last four and ended a miserable night in the Welsh capital for the Stars.

Pacha has until Saturday night to regroup and refocus his players as their attention turns to a pair of home league fixtures against Coventry Blaze and Sheffield Steelers this weekend.