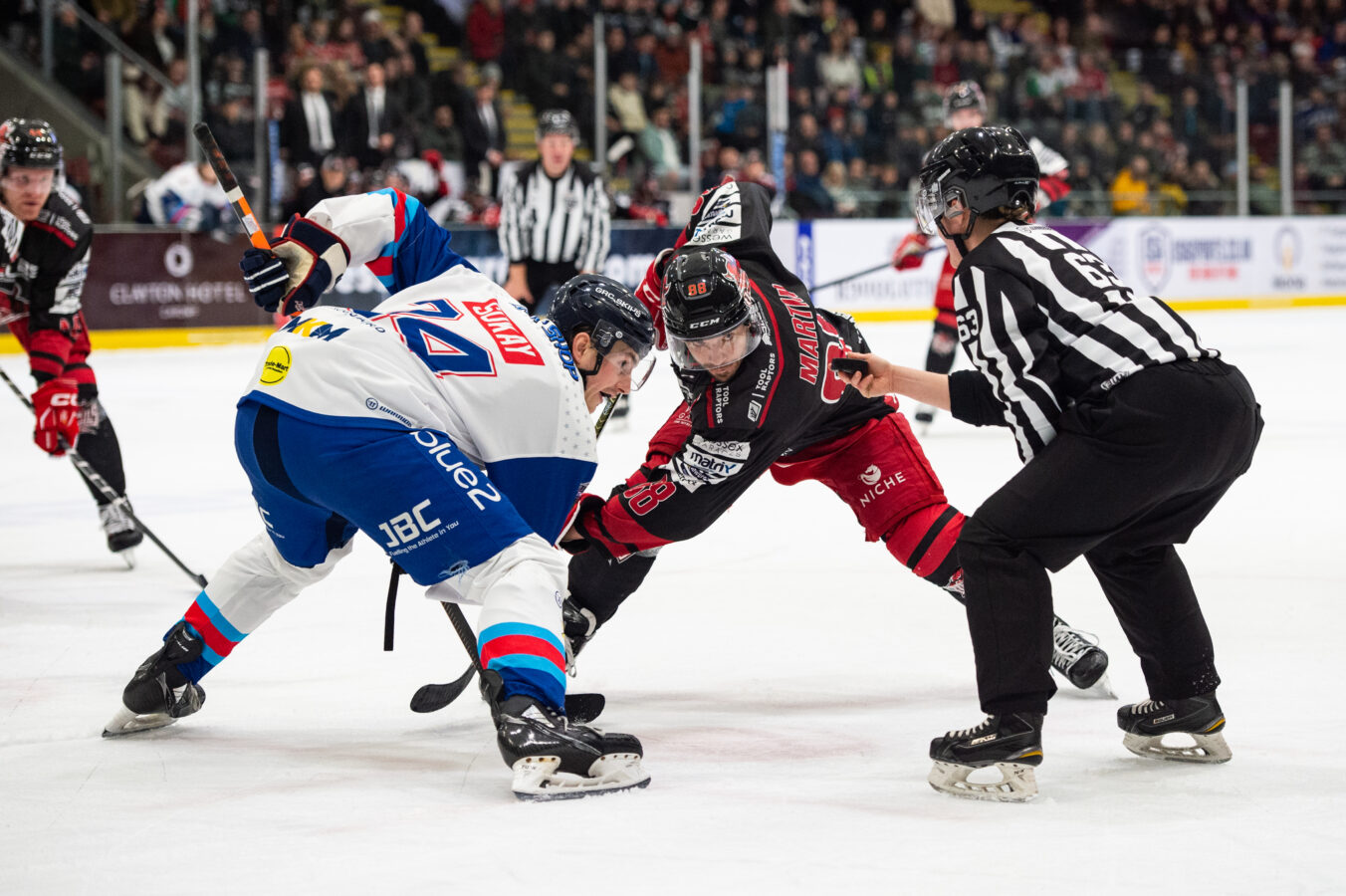 The Trade-Mart Dundee Stars had to battle uphill all night-long against Cardiff Devils on Saturday night after allowing the Welsh side to take and early lead.

The short-benched Stars were playing on without the injured; Hugo Reinahrdt, Ben Brown and Philippe Sanche, whilst forward, Jonathan McBean finished up his international duty with Team GB Under 20’s, where he collected a silver medal after GB finished as runners-up in Division 2A of the World Championships.

Despite Dundee’s low number of bodies, the Devils showed no sympathy and quickly capitalised on their opponents after their long bus trip, with Cole Sanford breaking into the Stars end alone and beating Anton Svensson to his right side, after only 14 seconds.

However, the home side were not instantly satisfied and 67 seconds later, added a second as some offensive pressure, combined with luck, gave them their second goal of the game, as Brodie Reid’s pass deflected in off the skate of a Dundee defender.

The Stars then had to kill of a minor penalty against Mac Howlett for tripping and did so without letting the Devils into a 3-0 lead, but after using his timeout, Jeff Mason had re-organised his side and they soon found a way back into the game.

In the eighth minute, Ben Sokay saw his shot deflect off the long-legs of Stars forward, Ian Parker before finding a way past Ben Bowns in the Cardiff goal and that gave the Tayside team the lift they needed. 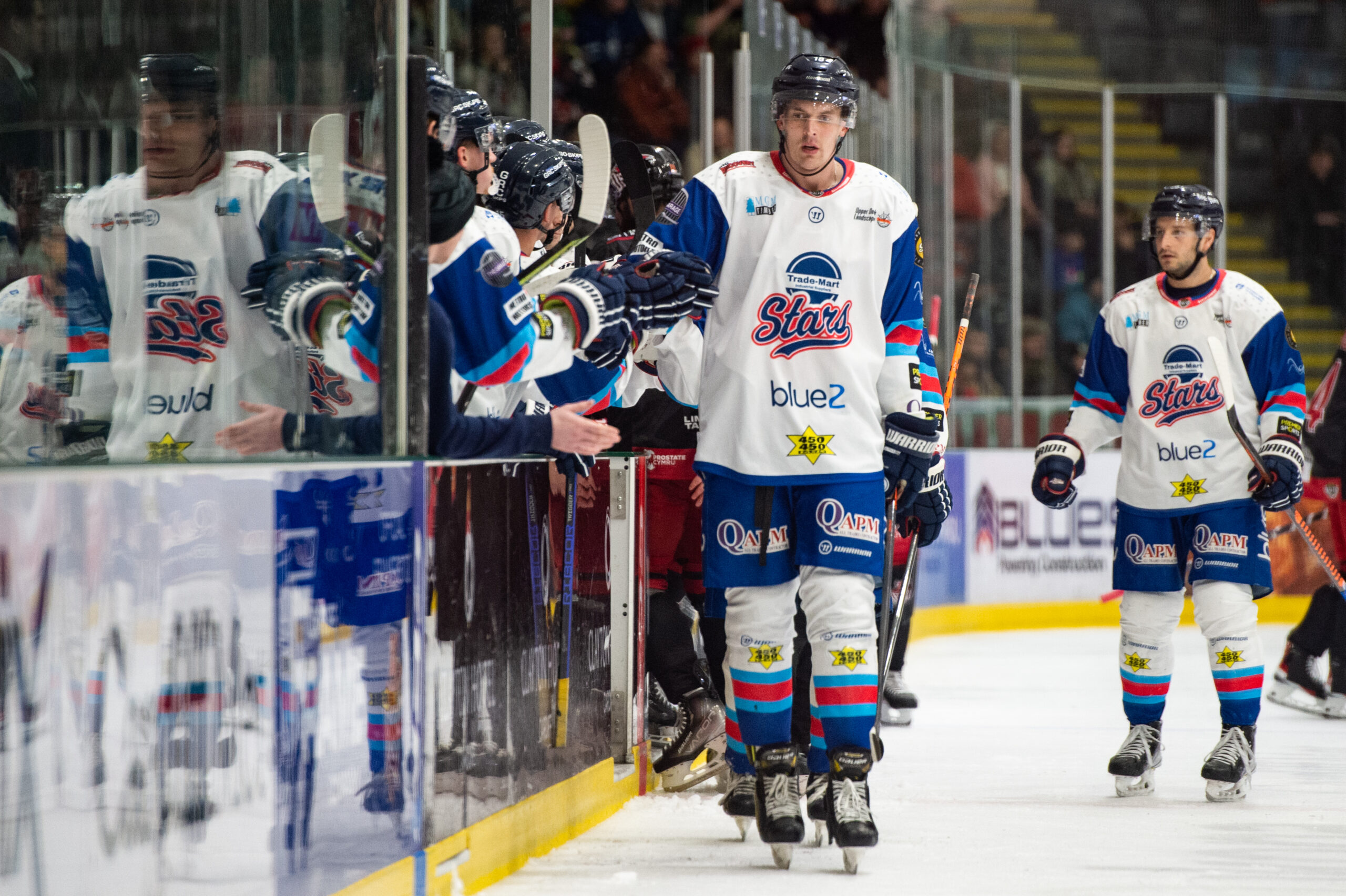 Although, Sanford would hit back for the Welsh side just over a minute later to restore the two-goal advantage, as he redirected Reece Kelly’s long-range effort around Svensson.

The Stars would not give in though and close to the end of the opening period, Sokay cut the lead to one again as he controlled a misplaced pass from behind the Devils goal and buried his shot past Bowns, from point blank range.

However, once again the home team responded quickly and this time, Ryan Penny would squeeze his shot between the legs of the Dundee goalie just 39 seconds after the restart.

The first intermission gave both sides a chance to regroup and restructure, with the rest of the match turning into a battle for the next goal that could either swing the momentum into the Stars favour or put it further out of reach.

The second period would have only one goal and it did not come in the opening minutes whilst Dundee were on the powerplay as Cardiff’s Marcus Crawford had been punished for a cross-check after the buzzer at the end of the first period.

The goal would be scored in the 33rd minute as Sanford completed his hat-trick, but Svensson did not make it easy for the Canadian as he denied the first two shots, before a second rebound fell straight back to Sanford for an easy backhanded finish. 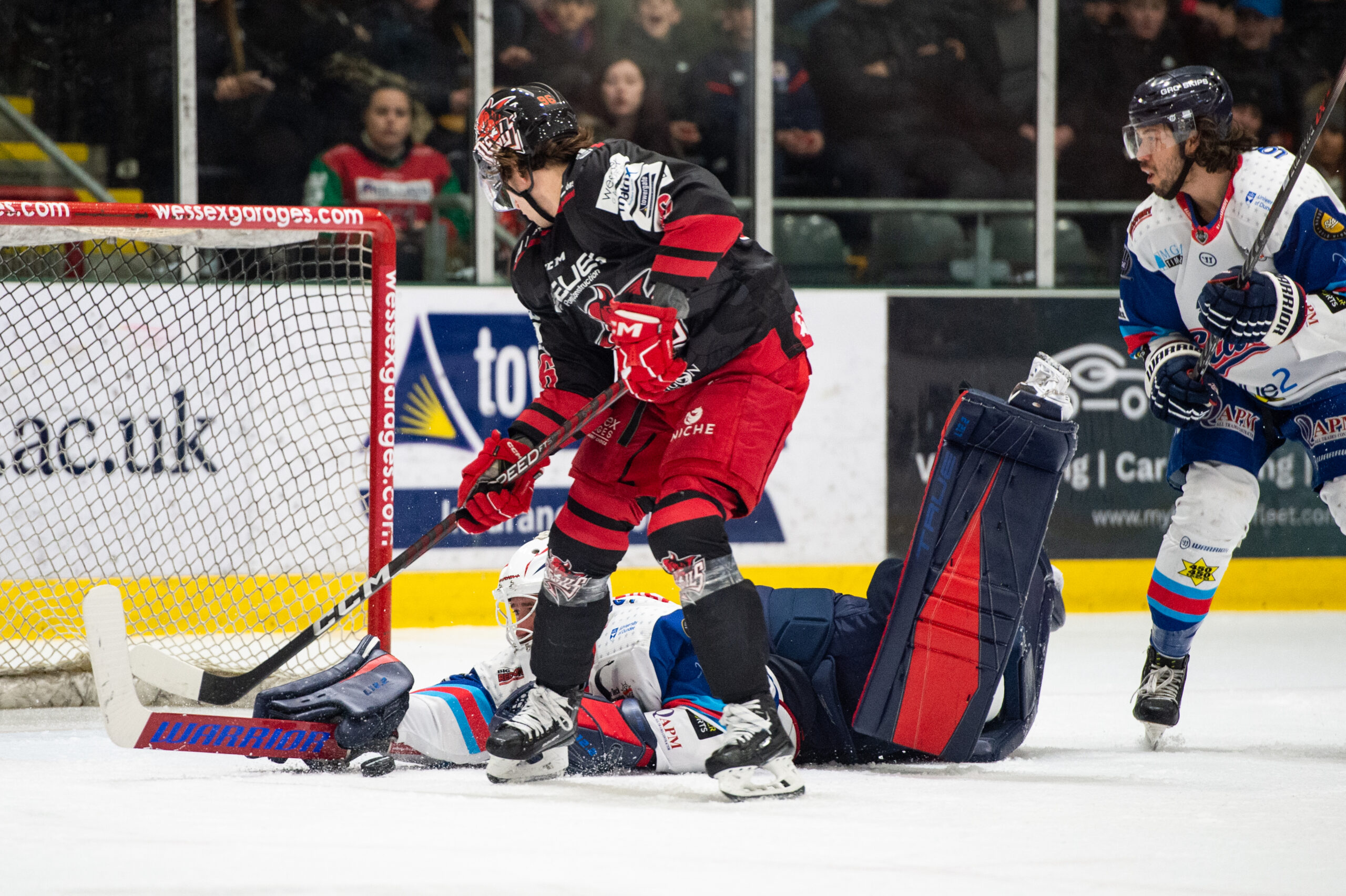 With Brodie DuPont’s men protecting their three-goal cushion, the next goal would not be scored until the final minute of the match as the Stars were rewarded for their determination to net another.

With just 29 seconds remaining on the clock, Sokay found the net again as he dragged the puck around a diving Bowns before tucking home and Dundee almost made it 5-4 with another quick chance after the following face-off.

Although, the Devils quick start had proved too much for the Stars to comeback from and they must now rest up and refocus before Sunday’s home game against Sheffield Steelers. 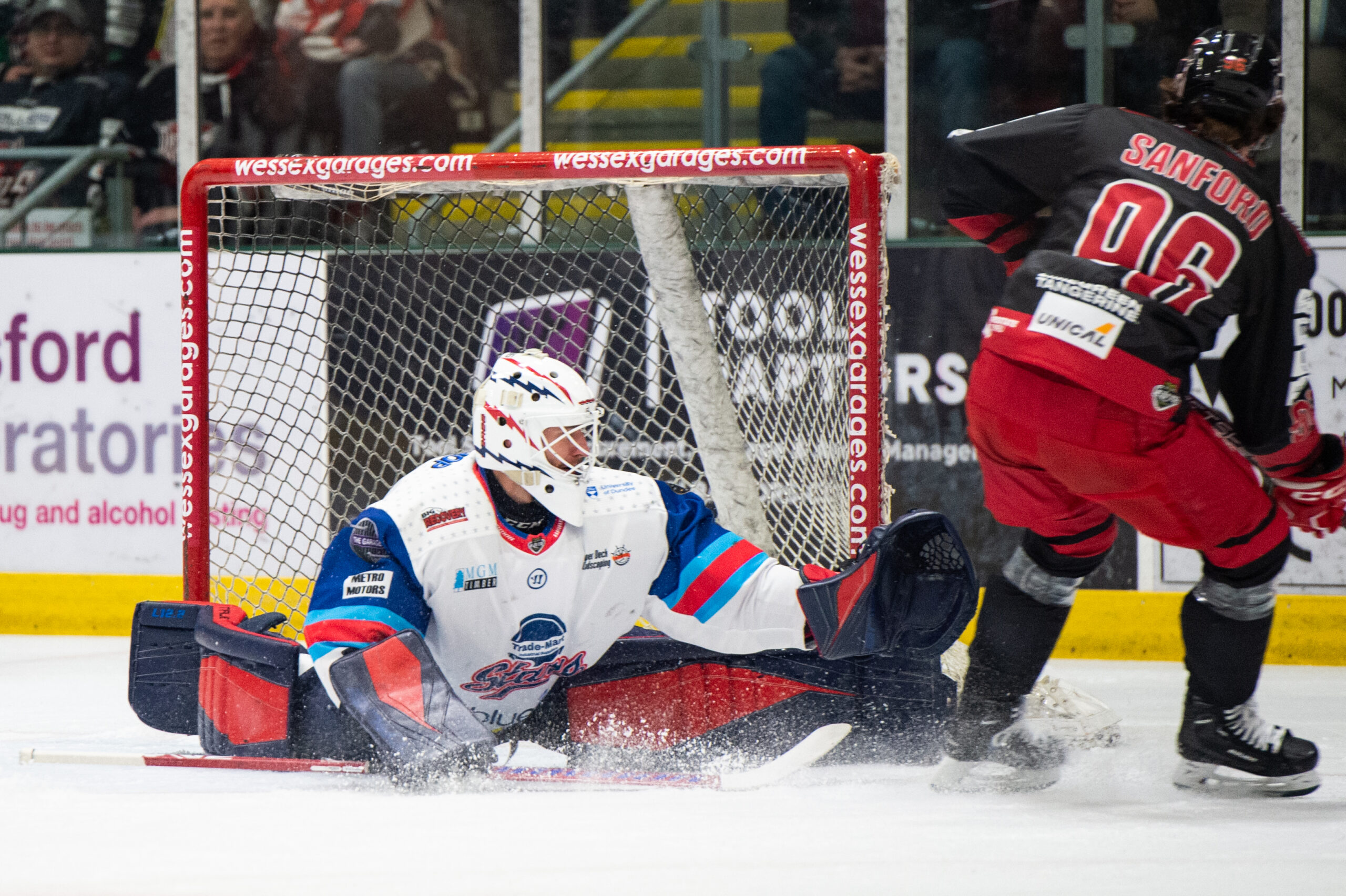