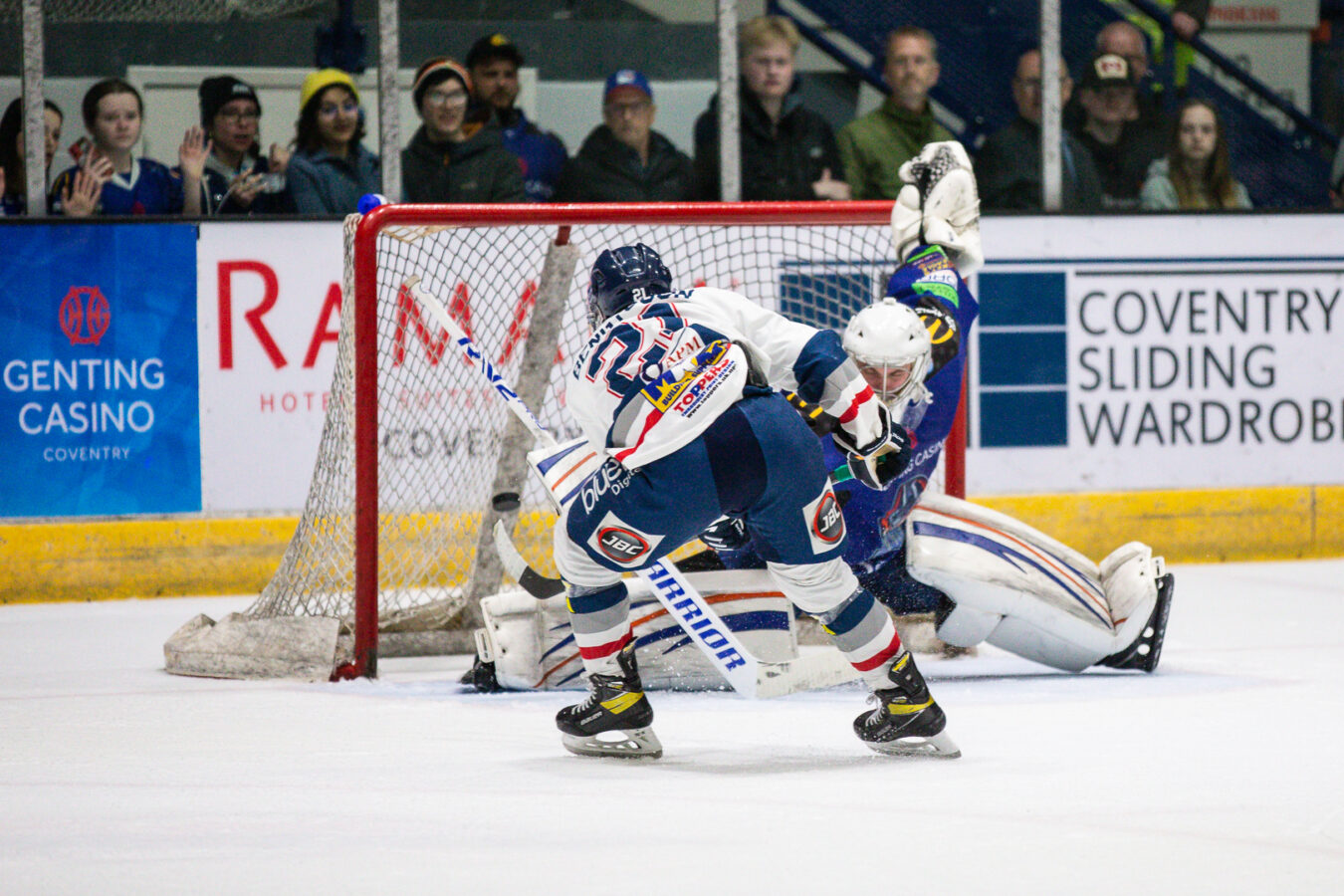 The Kitmart Dundee Stars produced a magnificent comeback in overtime to overturn a two-goal deficit and secure a seventh place finish in the regular season.

The Stars were in Coventry for their final regular season game of the season and went 1-0 behind to the Blaze, when Johnny Curran scored with a shot from the left circle that slipped past netminder, Adam Morrison.

Coventry then had to fend off Dundee’s relentless attacks but also came close to adding a second goal before the end of the first period.

Danny Stewart’s men then got their second goal after just 93 seconds of play in the second, as Curran was on hand again to tap in Janne Laakkonen’s backdoor pass.

However, the Stars would respond on the halfway mark to cut the lead to one as Charlie Combs beat CJ Motte with a shot from a tight angle near the red line.

The visitors then continued to fight back and eventually tied the game on 50 minutes as Combs got between three Blaze players and snuck a shot over the shoulder of Motte.

Dundee then swiftly took the lead as Combs secured his hat-trick but the goal would be ruled off as Sebastian Bengtsson had collided with the Coventry goalie, before Combs shot the puck.

That then allowed the Blaze to quickly take control of the game and put themselves back in front, as Dillon Eichstadt’s long-range backhanded shot slipped through traffic and then the grasp of Adam Morrison in the Dundee goal, in the 54th minute.

However, Omar Pacha’s men battled until the very end and managed to net another equaliser with just 33 seconds left on the clock and this time Combs would not be denied his hat-trick, when he shot home at the back post.

That then forced the game into overtime and after only 63 seconds, Dundee used their momentum to net the winner.

Bengtsson and Philippe Sanche broke forward for the Stars and the pair moved either side of the net, before Sanche set up Bengtsson to secure the win for the Taysiders.

That win meant the Stars would finish seventh in the standings and face Sheffield Steelers in the Quarter-Finals of the Premier Sports Elite League Playoffs.

Full details of next weekend’s Quarter-Final tie will be released shortly.