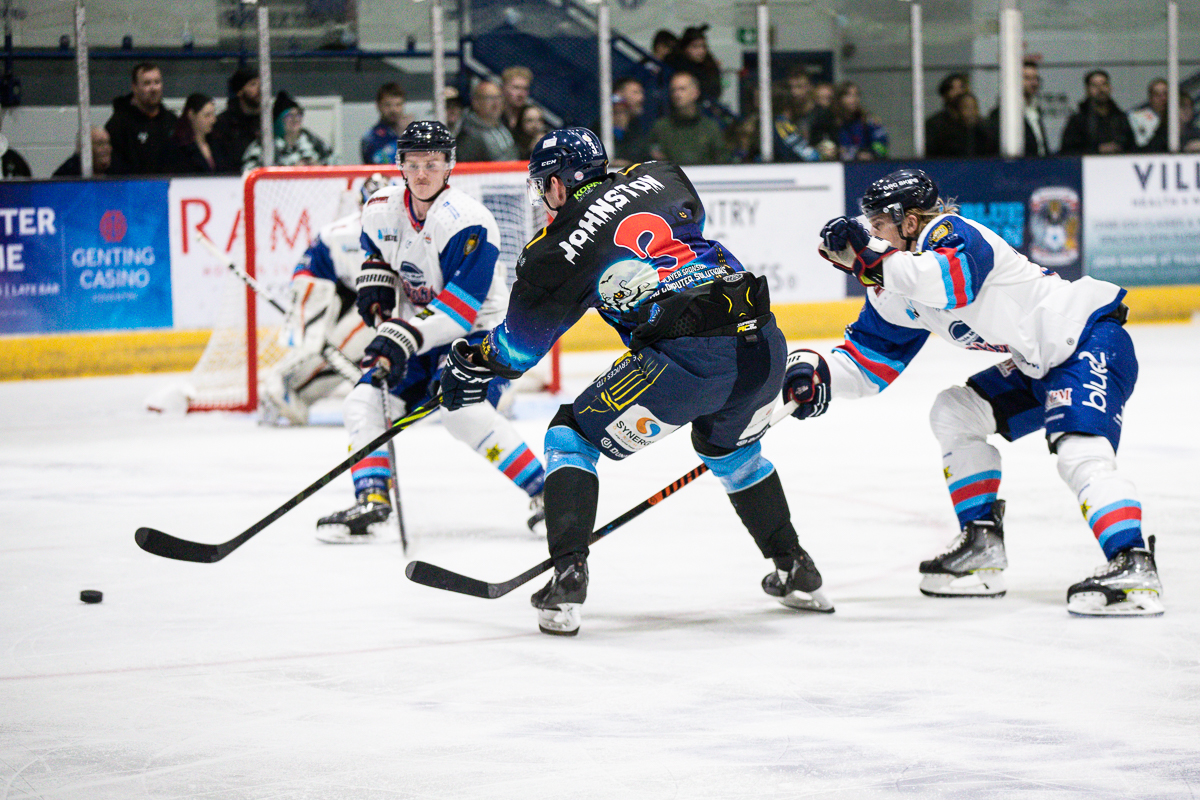 The Trade-Mart Dundee Stars met the Coventry Blaze for the first time this season on Sunday night and in-need of a win, the Stars did not get the start they needed.

Down three imports and two brits, Dundee would get the first powerplay of the night but the opening goal would go against them whilst a man up.

In the ninth minute, Coventry’s Kim Tallberg found himself in behind whilst shorthanded and he used a backhanded finish to lift the puck past Anton Svensson in the Stars net.

Then it was the Blaze’s turn to go on the powerplay as Hugo Reinhardt was punished for tripping and that allowed the home team to double their lead at the halfway point of the first period, when Johnny Curran’s stick redirected Colton Yellow Horn’s pass into the Dundee net.

Danny Stewart’s side did not loosen their group though and added a third in the 13th minute through a spot of luck, as Mitch Cook’s effort deflected past Svensson after hitting the skates of Ross Venus.

The Stars goalie was then punished for a tripping foul on 16 minutes and that allowed Peyton Frantti to get in on the scoring, as he blasted home Cook’s cross-goal pass.

Jeff Mason’s men went into the first intermission 4-0 down and that prompted the Stars boss to switch goaltenders with Francis Marotte coming in to replace Svensson. 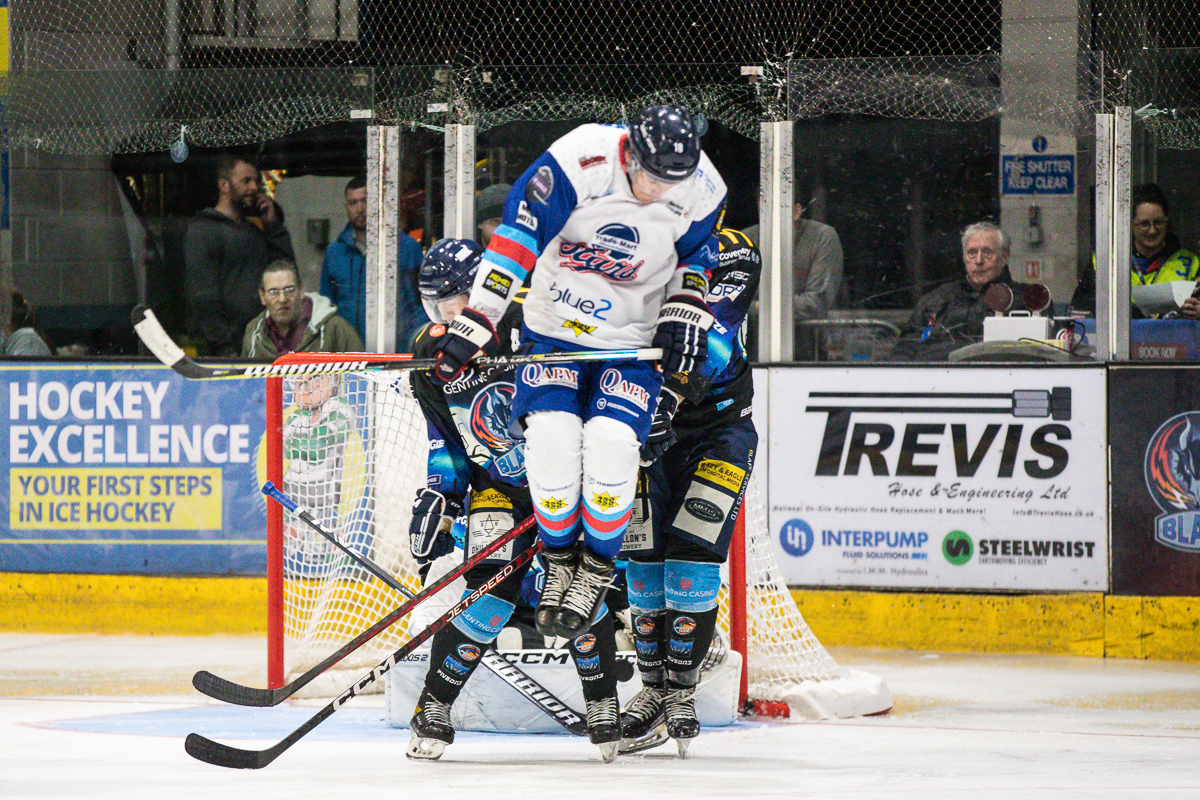 However, that substitution did not solve their defensive problems as they conceded a fifth goal on the 23-minute mark, but it was another unfortunate one as Mitch Cook’s pass was sent under the leg pads of Marotte, with a last second change of direction.

The Blaze did not stop their hammering there and netted a sixth through Marley Quince as he beat the Canadian keeper inside 25 minutes.

Dundee did have some chances throughout the opening two periods but they were just unable to bury any of their shots and more penalties prevented them from finding any rhythm.

In the third session, the West Midlands club again started quickly with Garrett Johnston adding his name to the scoresheet, as he beat Marotte with a rising effort into the top right corner. 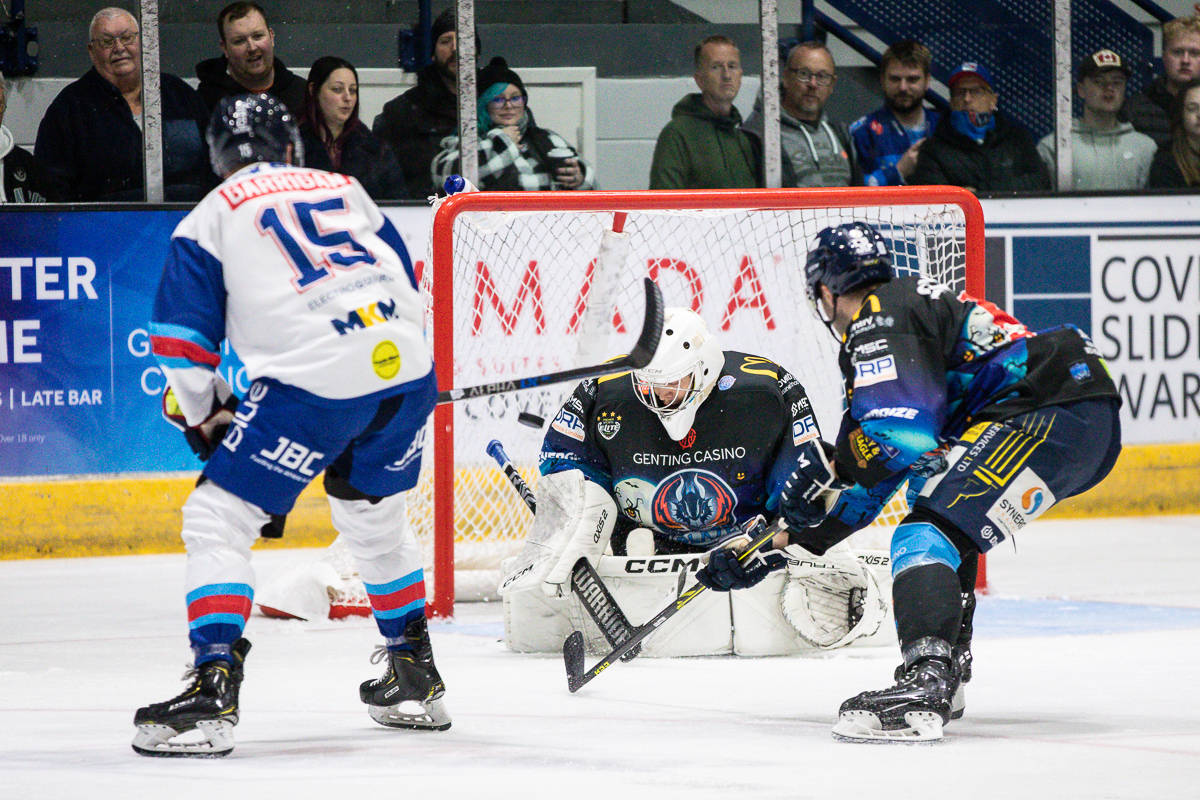 Although, the Stars would finally find the back of the Coventry net and struck twice in 37 seconds, with Ben Sokay finishing high over Paavo Holsa’s glove and Craig Garrigan bagged his first of the year with a lovely spin move and quick finish past the Finnish keeper.

The buzzer sounded to end a disappointing weekend for Dundee but they will face the same two teams next weekend as the Blaze come to Tayside on Saturday, before the Stars travel to surrey to face Guildford Flames.