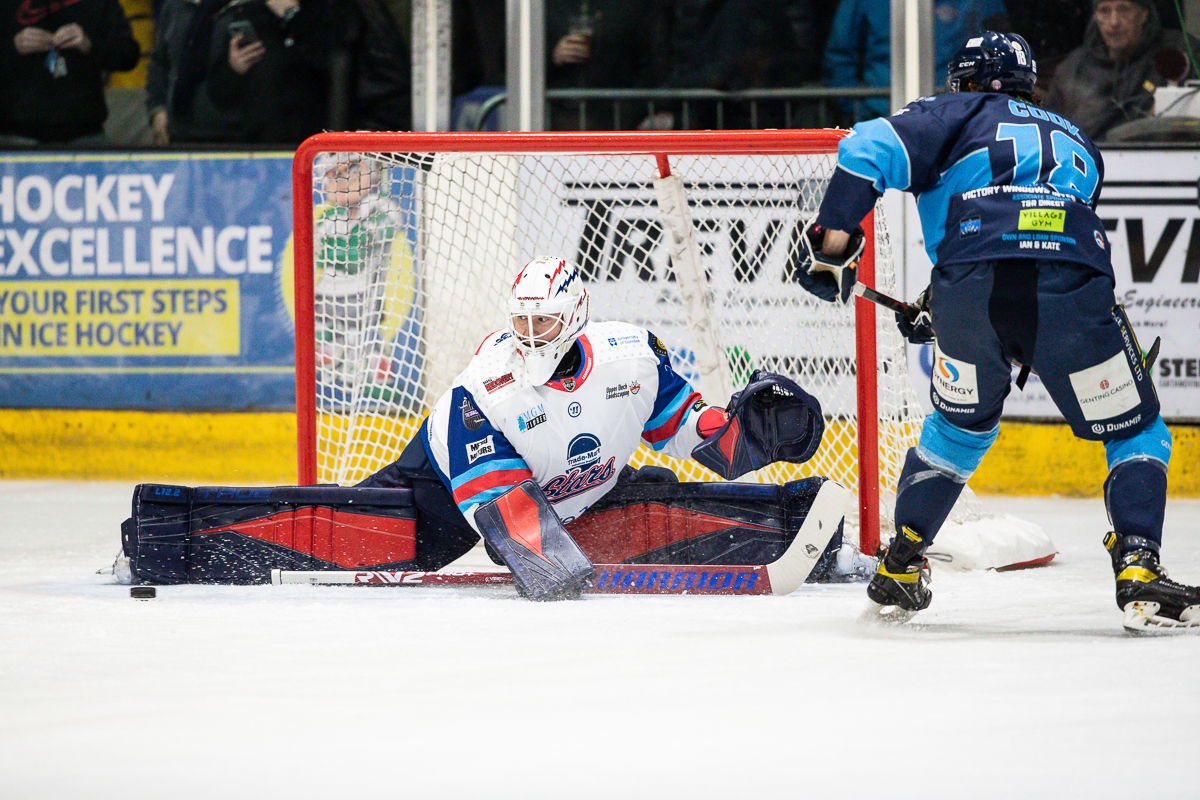 The Trade-Mart Dundee Stars were aiming to make it back-to-back wins as they visited Coventry Blaze on Thursday night and the Stars had a full line-up with new signing, Chris Lijdsman making his debut.

The Stars had the better of the early scoring chances, which included going on the powerplay after just 69 seconds but the Blaze would not allow the visitors to get into an early lead.

A few moments later Dundee forward, Philippe Sanche had two key opportunities to get his shot off without any pressure but Coventry goalie, Paavo Holsa turned both efforts wide.

Danny Stewart’s side then broke the deadlock on 11 minutes as Garrett Johnston jammed home a loose puck that was sliding underneath Stars goaltender, Anton Svensson.

Another powerplay came for the Stars inside the final 70 seconds of the first period as forward Ian Parker broke through one-on-one, before the chasing Coventry defender, Tanner Lishchynsky slashed him as he attempted to shoot.

Dundee would go into the first break still 1-0 behind, but had 50 seconds left on the man advantage to start the second. 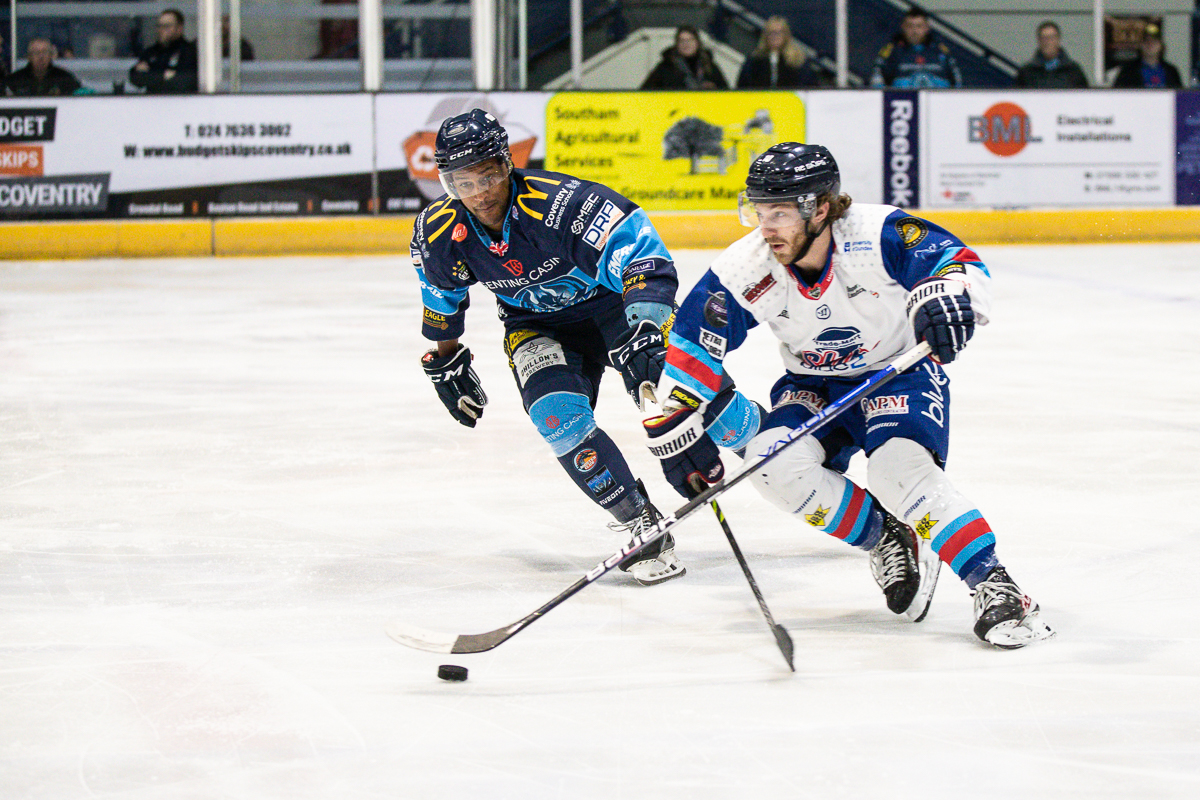 However, the Blaze continued to defend well and kept the Tayside team out as the game settled into a stalemate for the next 15 minutes as both sides fought hard for the next goal, which would prove decisive.

Eventually in the 36th minute, the crucial goal came and it again was against the Stars, but they would have been left feeling unlucky as Romans Semjenovs had a chance to create a quick break forward for Dundee.

Although, Blaze defenseman, Kim Tallberg stripped the Swede of possession at the last second and quickly moved the puck forward before playing in Johnny Curran, who slung a wrist shot into the near-side top corner to double his side’s lead.

The Blaze then began to take control of the game and just 49 seconds after scoring, they found the net again to make it 3-0 as Colton Yellow Horn saw his first-time slapshot fly into the back of the net.

The second period ended with the home team three goals in front but the Stars came out with a much more aggressive approach in the third as they tried to turn their fortunes around. 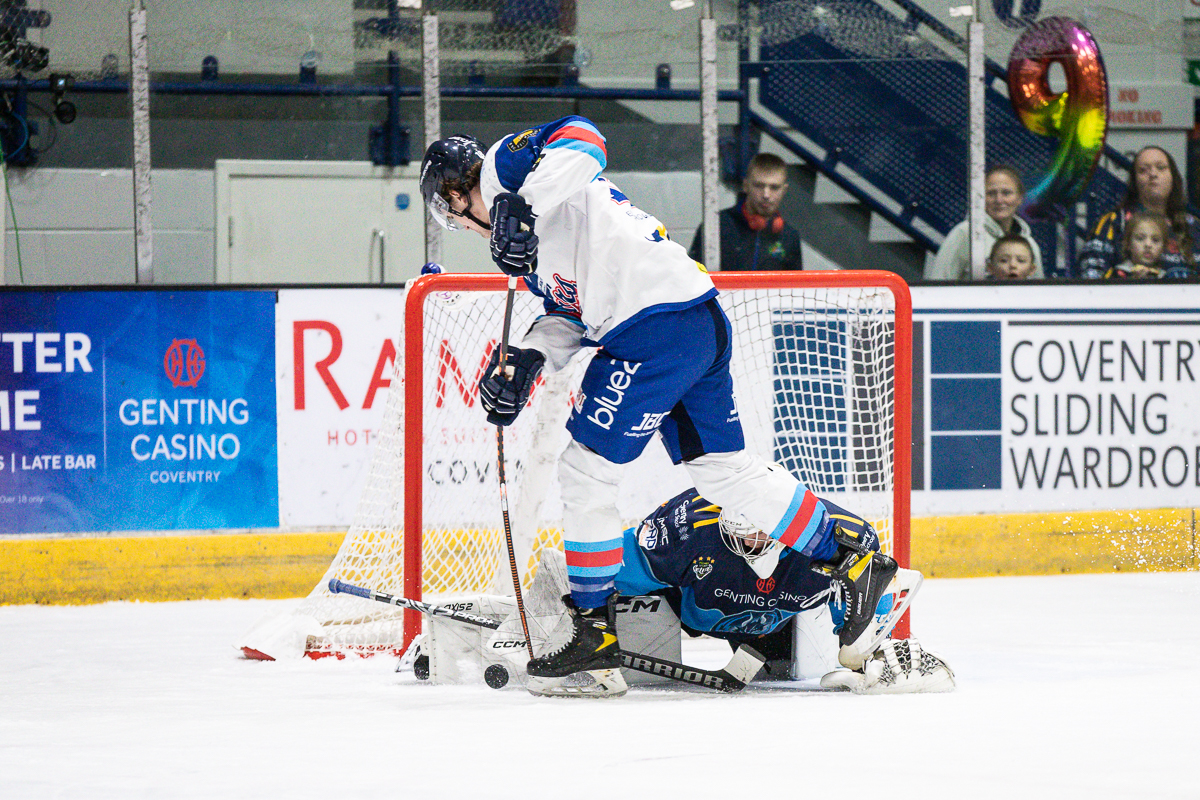 However, Paavo Holsa would not be beaten and Coventry stood firm until the 49th minute, when they increased thier advantage again through a powerplay goal from Peyton Frantti, as he delfected a cross-goal pass into the Stars net.

Even with a late powerplay after Coventry’s, Nathan Ripley boarded Elijiah Barriga, the Stars could not prevent the shutout and were left pointless as they head back to Dundee to prepare for Saturday’s Tayside Derby against Fife Flyers.