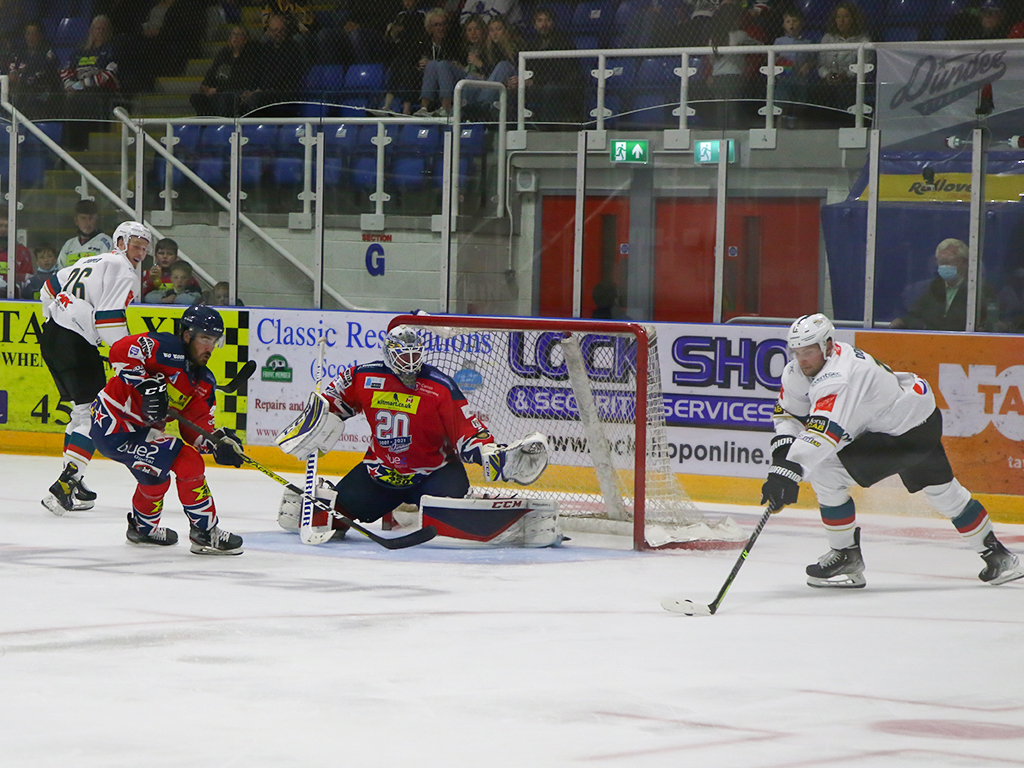 The Kitmart Dundee Stars suffered defeat against Belfast Giants in their opening match of Group A, as they began their quest to win the Challenge Cup on Saturday night.

It was a tough start for the Stars as Ben Lake fired home the opening goal after just two minutes of play.

Things did not get any better for the home side, as after taking an early penalty, which they managed to kill off, Lewis Hook then doubled the Giants lead on eight minutes.

However, 28 seconds later, Dundee produced a quick response through Kyle Haas to make it 2-1.

Belfast then survived two sets of penalties halfway through the first period and were able to punish the Stars for not capitalising on their chances.

In the 17th minute, JJ Piccinich beat Adam Morrison to make it 3-1 and that was how the first session ended.

Although, a fired up Stars side started to look more dangerous in the second stanza and straight away cut the lead back down to one goal, via Connor Sills strike on 25 minutes. 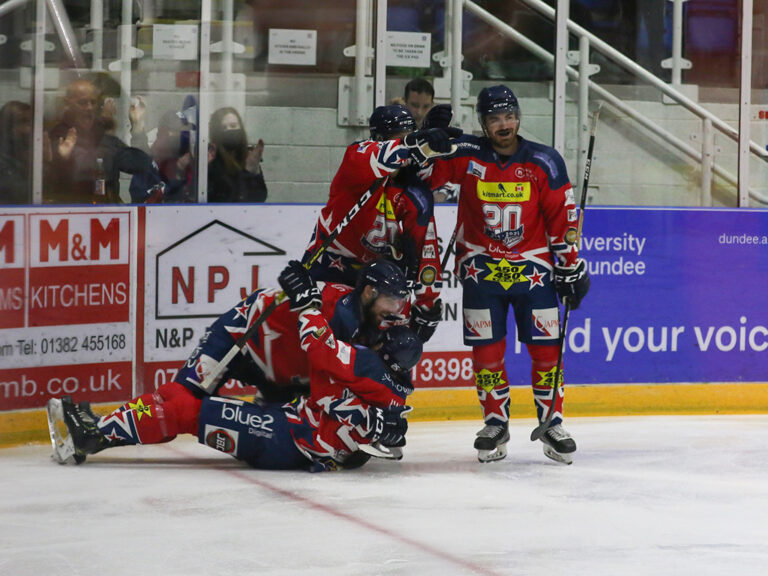 Adam Keefe’s side responded to that threat by taking the physical game to Dundee and that started a long list of penalties throughout the period, as the two sides began to tangle.

Across the next eight minutes of play, there were three roughing penalties, three slashing fouls, one unsportsmanlike conduct and a charging call all made, with five of the nine charges going against Belfast.

Towards the end of all the roughness, the Giants were the first team to utilise the man advantage, as Piccinich beat Morrison for a second time in the 36th minute.

The visitors had moved into a 4-2 lead while both Dundee’s Charlie Combs and Philippe Sanche were sitting in the sin bin for slashing.

However, once again the Stars were able to provide a quick reply as Sanche reeled the Northern Irish side back to within one, with only 15 seconds left to play in the second period.

The final session would be key for both sides, as would the next goal and it did not go the way of Omar Pacha’s Stars.

In the 48th minute, David Goodwin opened his account for the season and after a more conservative period, the American bagged his brace with just over a minute left to play. 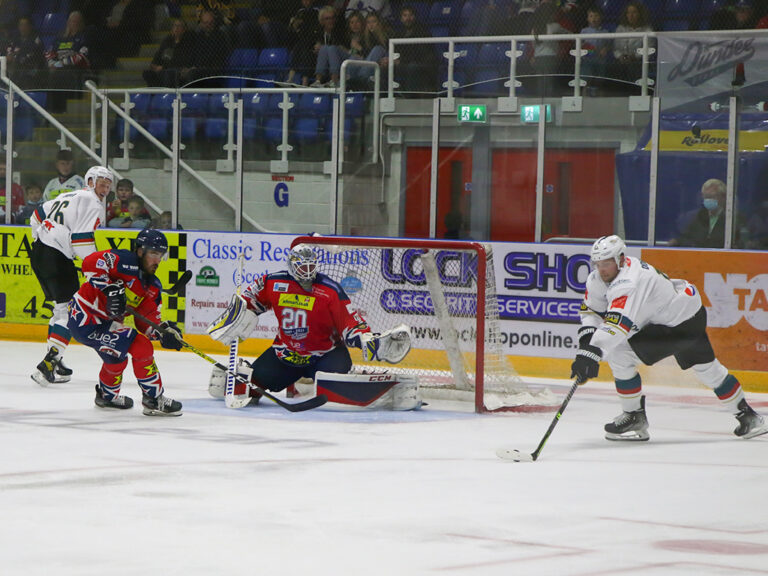 Belfast had dominated the third period with 20 shots to four and shut down the Stars to take the first points in Group A, however in less than one week, the two teams will do it all over again in Northern Ireland.

Next up for the Stars in a trip to Nottingham on Sunday afternoon and Pacha will be hoping his side can make a winning start to their league campaign.