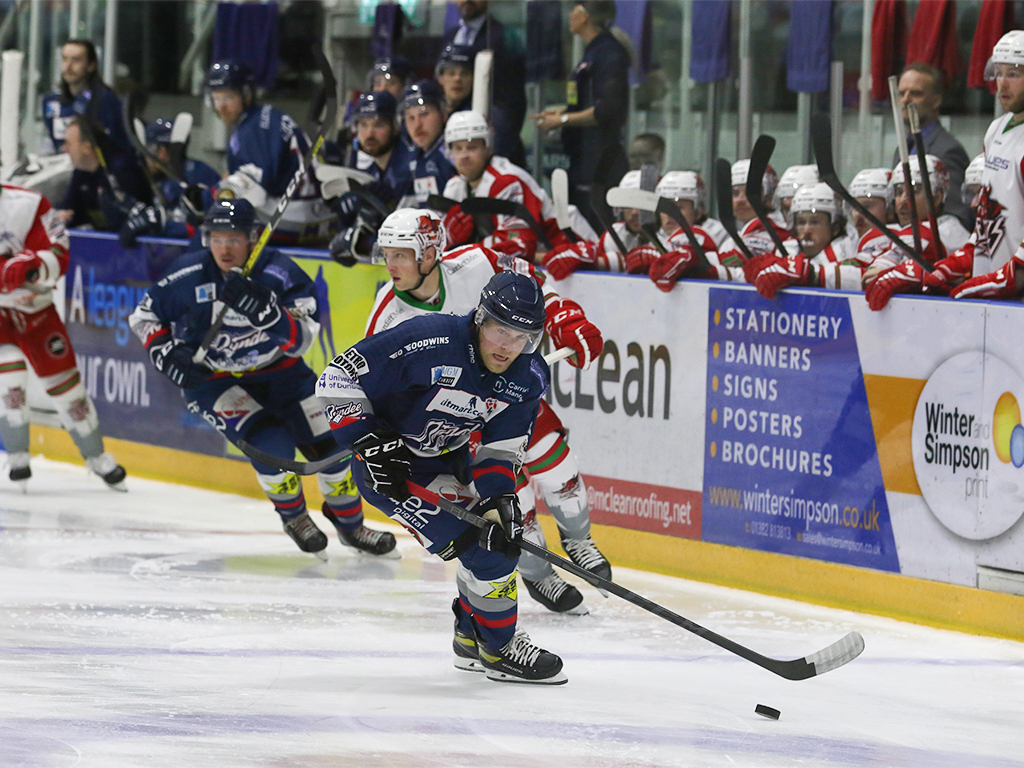 The Kitmart Dundee Stars took on Cardiff Devils at the DIA on Friday night and begun the game without five of their regular starters.

Dundee started the game by killing off an early powerplay for Cardiff, as goaltender Adam Morrison was assessed a penalty for tripping a Devil.

The Stars sailed through their brief stint of being a man down and quickly put themselves ahead with new signing, Cody Drover scoring the opener on his professional debut.

Inside six minutes, the Canadian forward received a well-timed pass from Sebastian Bengtsson and dispatched his shot into the bottom right corner of Taran Kozun’s net.

After falling behind, the Welsh club stepped it up a level and forward, Justin Crandall created a chance for the Devils with some silky moves in the offensive end, but would send his backhanded shot over the net.

However, after 11 minutes, Jarrod Skalde’s men would draw level via a well-worked passing move, which saw them zig-zag the puck between the Dundee defence before Brodie Dupont was picked out for a net-front tap in.

Heading into the first intermission, there had been more good chances for either team to get ahead but the closest anyone came was when Devils’ Stephen Dixon hit the post on 17 minutes. 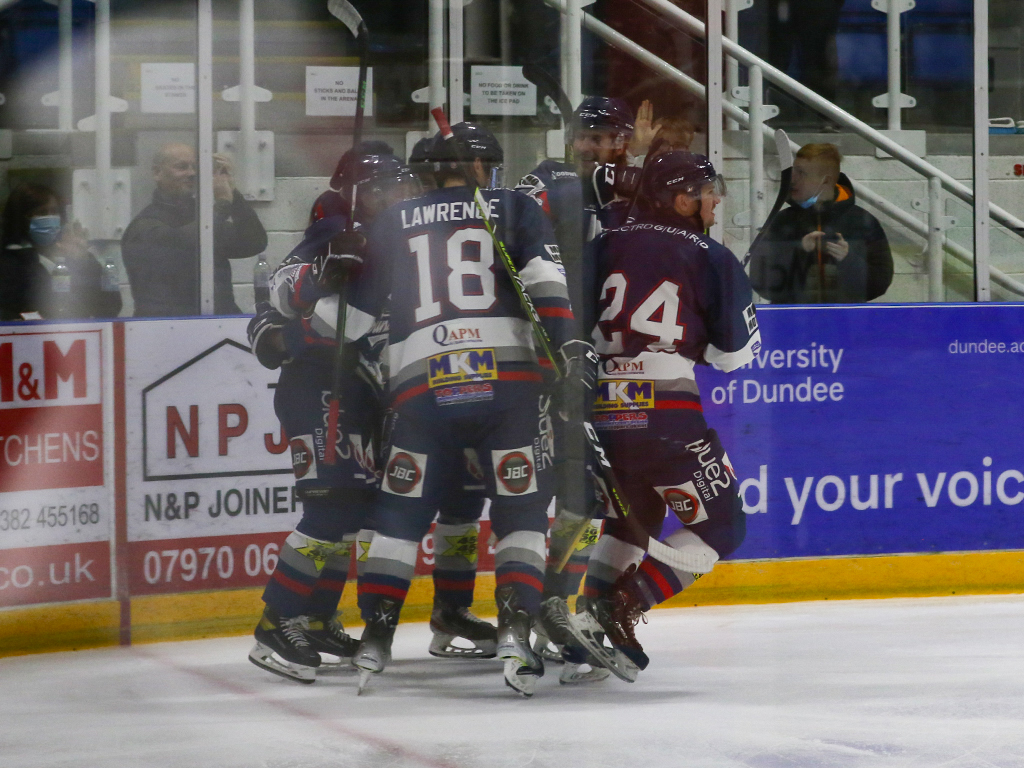 The second period would not be one the Stars wanted to remember as the visitors took the lead on 29 minutes, as Dixon capitalised on Dundee defensive error.

The Canadian winger was allowed to opportunities to beat the last man and Morrison in the Stars net and would eventually bury his second chance.

Although, the Tayside team could have tied game at 2-2 in the 34th minute, as Markus Kankaanperä was left unmarked at the Devils’ blueliner and he sent a rising shot on target, but it was met by the trapper of Kozun.

Moments later, Cardiff moved 3-1 ahead as Brendan Mikkelson sent teammate Cole Sanford through on a breakaway and the Canadian would take Morrison one way before switching sides and sending the puck into the roof of the net on 35 minutes.

Then Sanford could have had his brace less than two minutes later, as he fired a shot that beat the Stars goalie and hit both posts, before falling onto the goal line and being cleared away.

Cardiff then extended their lead to 4-1 right before the second period concluded, as Brodie Dupont blasted a shot from the slot past Morrison with less than 90 seconds remaining on the clock.

The third period would prove to be one full of character, as the Devils picked up two goals with ease in the space of 14 seconds.

As the game reached the 49th minute, Brendan Mikkelson was allowed time and space to skate through the Dundee end and then released a quick shot through a clear path that found the back of the net.

At 5-1 up, the Devils did not back off and Ben O’Connor swiftly made it 6-1 as he sent a low shot under Morrison to put the game out of reach for Dundee.

However, the Stars would not go away and pulled back three goals to force their opponents up against it.

Their second goal of the night came in the 50th minute, as Gabriel Desjardins tucked home a loose rebound and then less than a minute later, Drydn Dow beat Kozun with a high shot from the left wing, to make it 6-3.

Jarrod Skalde then asked for a timeout to regroup his side and to try and stop the bleeding but in the 57th minute, new arrival Drover added his second of the night on the powerplay.

Although, time would run out before the Stars could compete their comeback but another spirited performance gave them some positives to take away.

Now Pacha will be preparing his side for an early start and a long drive south to Guildford for tomorrow’s encounter with the Flames.