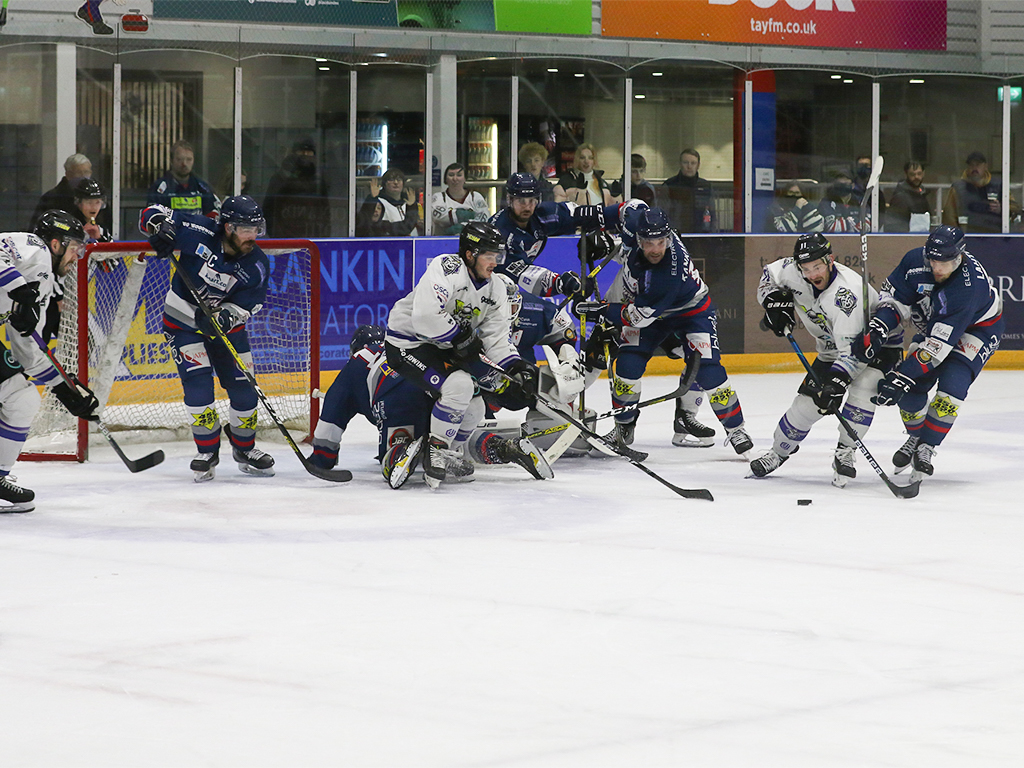 The Kitmart Dundee Stars won their 200th Elite League game on Saturday night as they came back from 2-1 down, with two third period goals to end their seven-game losing run.

A slightly replenished Stars side regained Sebastian Bengtsson and Philippe Sanche to the line-up, with the latter opening the scoring after just nine minutes.

The Stars were in control early on and after creating a turnover at centre ice, Dillon Lawrence and Bengtsson worked the puck forward.

Sanche would then gain possession on the wing and send a quick slapshot underneath the legs of Jason Bacashihua.

Dundee would still lead by a single goal at the end of the first period, but also failed to make use of the game’s first powerplay.

In the second session, Ryan Finnerty’s Strom came out hard and started to put the home defence under some strain.

Eventually, the visitors would tie the game on 28 minutes and it came as they were shorthanded.

With Jared Vanwormer in the penalty box for slashing, the Storm broke up the ice and with Cameron Critchlow in control of the puck, he released a shot from distance that would deflect up and over Dundee goalie, Adam Morrison in the 29th minute.

Two minutes later, Adam Brady put Manchester into the lead when he was left unmarked and drifted in behind the Stars defenders.

The Canadian pulled a quick move to take the puck across the goal and finished the chance off by slipping the puck through the five-hole of Morrison.

The Taysiders needed a big third period to regain control of the match and after 50 minutes of play, Sanche provided them with just what they needed.

The skilful Canadian bagged his brace by whacking home a loose puck and eventually chipping it over Bacashihua on his third attempt.

As the game approached the dying minutes and it looked to be heading into extra time, the Stars were gifted a late powerplay when Manchester’s Linden Springer was caught elbowing Sanche, behind the play.

With less than two minutes to play, Dundee converted on their man advantage after just four seconds.

Lawrence won possession from the face-off and sent the puck behind for Connor Sills to collect and he would skate it out to the middle of the slot before sending a rising shot past Bacashihua.

Omar Pacha’s men then shut down the Storm for the final 90 seconds and held on to claim their 200th Elite League win in franchise history.

The Stars now aim to make it a perfect weekend as they travel to Belfast Giants on Sunday and are searching for their first win in the SSE Arena, to make it a four-point weekend.