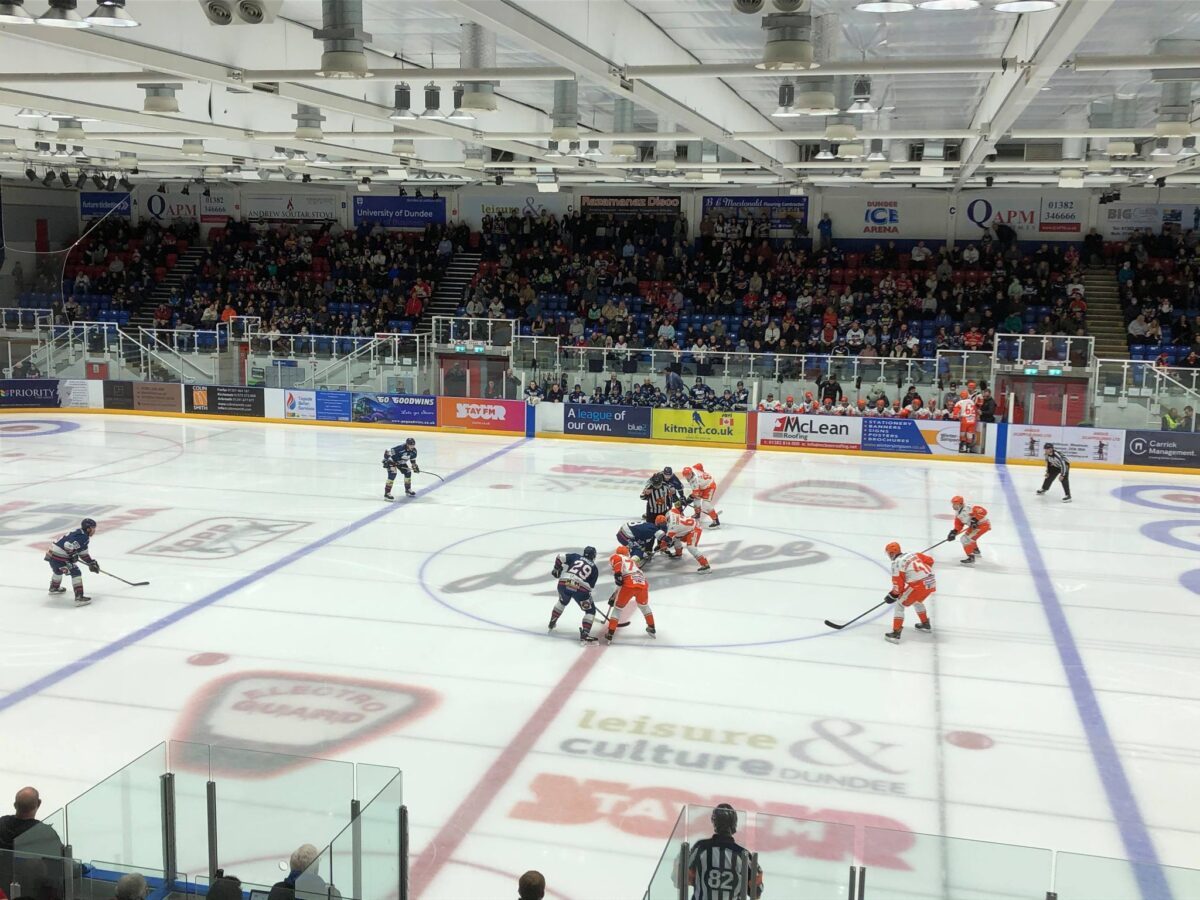 The Kitmart Dundee Stars were searching for their first league points of the season on Sunday evening, when the league leading Sheffield Steelers came to the City of Discovery.

The Stars had the brighter start of the two teams and after 90 seconds, they nearly found themselves in the lead.

A Drydn Dow slapshot was saved by the leg of Steelers keeper, Rok Stojanovic and the rebound fell perfectly for Stars forward, Spencer Dorowicz, but he failed to connect with the puck and the chance was gone.

After a dominant start to the game by the home side, the visitors quickly capitalised on their first real chance.

In the fifth minute, Robert Dowd was the first to react to a loose rebound and his quick shot beat Adam Morrison to his far post.

The Steelers then quickly doubled their lead on nine minutes, when Adrian Saxrud-Danielsen beat the Dundee netminder one-on-one.

Following the two quick goals, the game became scrappy and neither side could dominate possession.

However, some penalties started to be called and there were a few scuffles flaring up every few minutes, although they seemed to come just as the Stars were beginning to find any sort of rhythm.

The first period ended with the Steelers still 2-0 ahead and the second session was a very feisty 20 minutes.

Eight different penalties were called in the space of just five minutes and the physical side of the game began to dominate.

However, once all the penalties were served and the two sides returned to playing full strength hockey, the Stars again began to show their capability to punish the Steelers.

Eventually they found a way past Stojanovic as Connor Sills was able to lift the puck into the roof of the net on 36 minutes, to make it a one-goal game.

Omar Pacha’s men had wasted numerous quality scoring chances but were massively helped by some solid goaltending from Morrison at their own end, to keep them just a goal behind by the end of the second period.

The final period was much quieter as both teams dug in and began to look for the decisive goal, however it never came.

Dundee were able to pin Sheffield in their own end with quick turnovers and by getting away quick shots but that did not stop the Yorkshire club from still finding ways to put the Stars on the back foot.

Although, due to strong performances from both keepers and their ability to make the key saves at crucial times, the score would not change before the final buzzer.

Stojanovic was kept busy until the final seconds of the game, with the Taysiders creating numerous key chances inside the final minute, but their wait for their first league points of the season was extended.