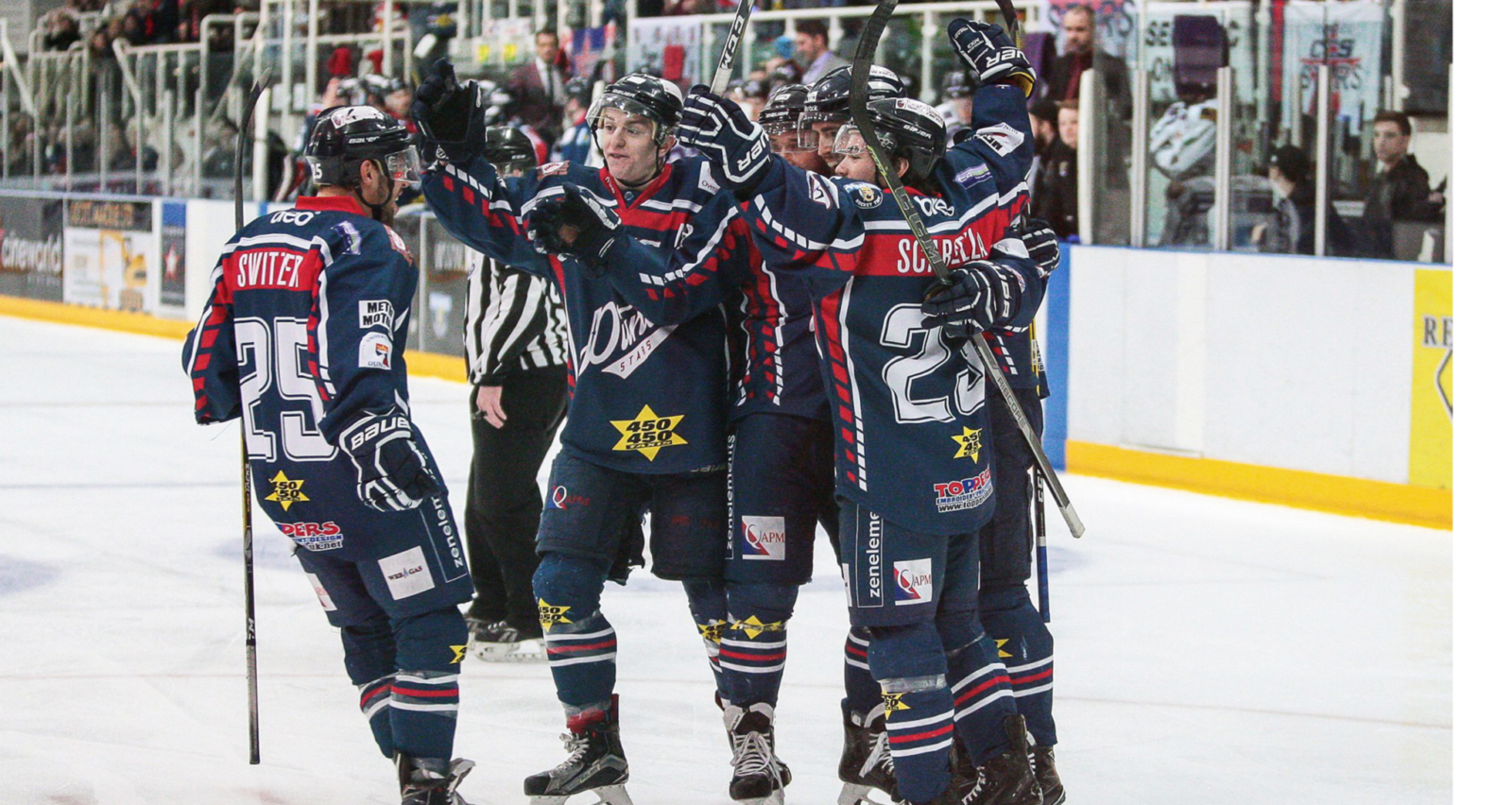 The Kitmart Dundee Stars kept their playoff hopes alive with a 3-1 win over the current Elite League champions and they also helped to postpone Cardiff’s title party.

There were no injury worries for either side as both iced full squads but with the right results Cardiff Devils could have secured their third consecutive league title.

The match began with an early chance for Cardiff but the Stars were not giving up any early goals. The Taysiders had occasional attacks in the first few minutes that all failed to trouble the defending champions. A few moments later, Devils defender, Gleason Fournier took a puck to the top of his chest and was forced to return to the bench for treatment.

The visitors were continually stumped by Pontus Sjögren in the Dundee net before, in the sixth minute, Stephen Dixon was penalised for hooking. That brought Dundee’s powerplay on to the ice and this time they put Andrew Lord’s defence under some pressure but the Devils held out for the two minutes.

Following a strong chance by Craig Garrigan that almost beat Ben Bowns on his near post, Johan Andersson collected the puck and sent a pass straight across goal and Jordan Cownie was drifting in at the back post to tap it in after eight minutes of play. After the goal it was becoming Dundee’s game as they quickly took control and protected their 1-0 lead until the first break.

It was intense start from the Welsh club before Brian Hart thought he had doubled Stars lead but the play continued until the next whistle, which came three minutes later. The play was reviewed and after long deliberations, the goal was given as the puck had went through the goal net and the clock had to be reset to 16:02.

Dundee nearly made it 3-0 as Charles Corcoran created a turnover in the Devils end before passing to Fabrizio Ricci. The Canadian was unmarked, however, he miss-hit the puck, sending it into the leg of Bowns after 26 minutes.

Cardiff’s Bryce Reddick was called for hooking in the 30thminute but again Dundee did not take advantage of the powerplay. Lord’s men nearly found a breakthrough as Sjögren was forced into a number of saves before all the Stars players and three from Cardiff crowded the space in front of the goal.

The puck was loose and kept popping out to the waiting Devils but they could not fire the puck through the wall of bodies in front of the net. Dundee’s initial penalty came as Connor Cox was boxed for a hooking foul in the 35th minute. The league leaders punished Dundee as Mark Richardson’s deflected shot beat Sjögren.

The road team failed to tie the score before the second intermission but took another penalty prior to the break as Sean Bentivoglio was also called for hook with less than two minutes on the clock.

There were some scrappy chances for each side but they were all stopped as Stars remained 2-1 in front. Cox returned to box for tripping but again the Stars seen it out. The penalties continued to come as Layne Ulmer was next to the box, for hooking after 51 minutes, giving the home side a chance to restore their two-goal lead.

However, two minutes later the score remained the same, although the Devils came close to levelling the tie as the puck almost snuck under Sjögren but the Swede managed to hold it under body.

Referee’s Pavel Halas and Blake Copeland caused controversy as they called a penalty against Fournier for slashing but failed to punish a Dundee player for holding the puck in his hand while skating. With just over three minutes remaining, Stars were able to kill time with their powerplay but it did not stop them having a go for a third. Matt Marquardt and Shawn Boutin forced two good saves from the Cardiff netminder as he kept his side in the tie.

However, as the penalty concluded, a desperate Devils side were keen to get forward but the puck was knocked back into their own end and Bowns left his net to play the puck but misjudged the bounce, allowing Lukas Lundvald to race past him and steal the puck before tapping it into an empty net.

That goal wrapped up the points for Stars and knocked the Devils title party back a week, but it does keep Stars in the race for the playoffs going into the final weekend of the regular season.

‘Man of the Match’ awards went to Mark Richardson and Dundee’s Charles Corcoran. 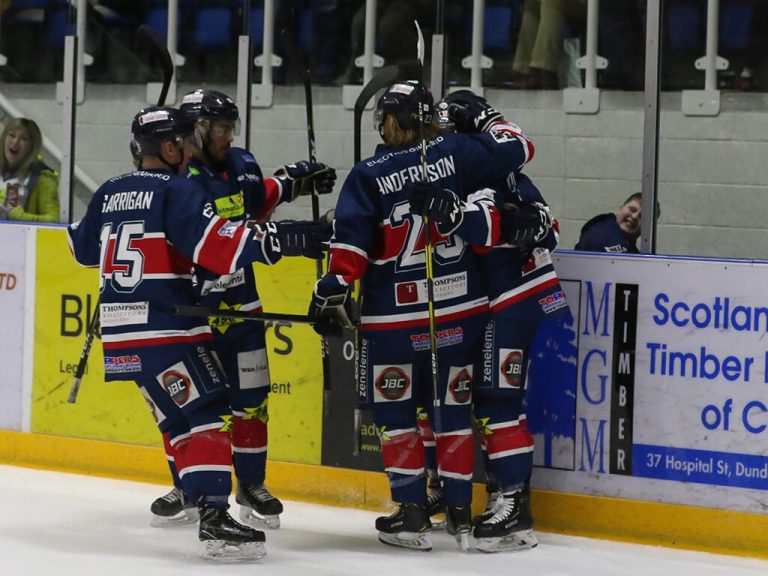