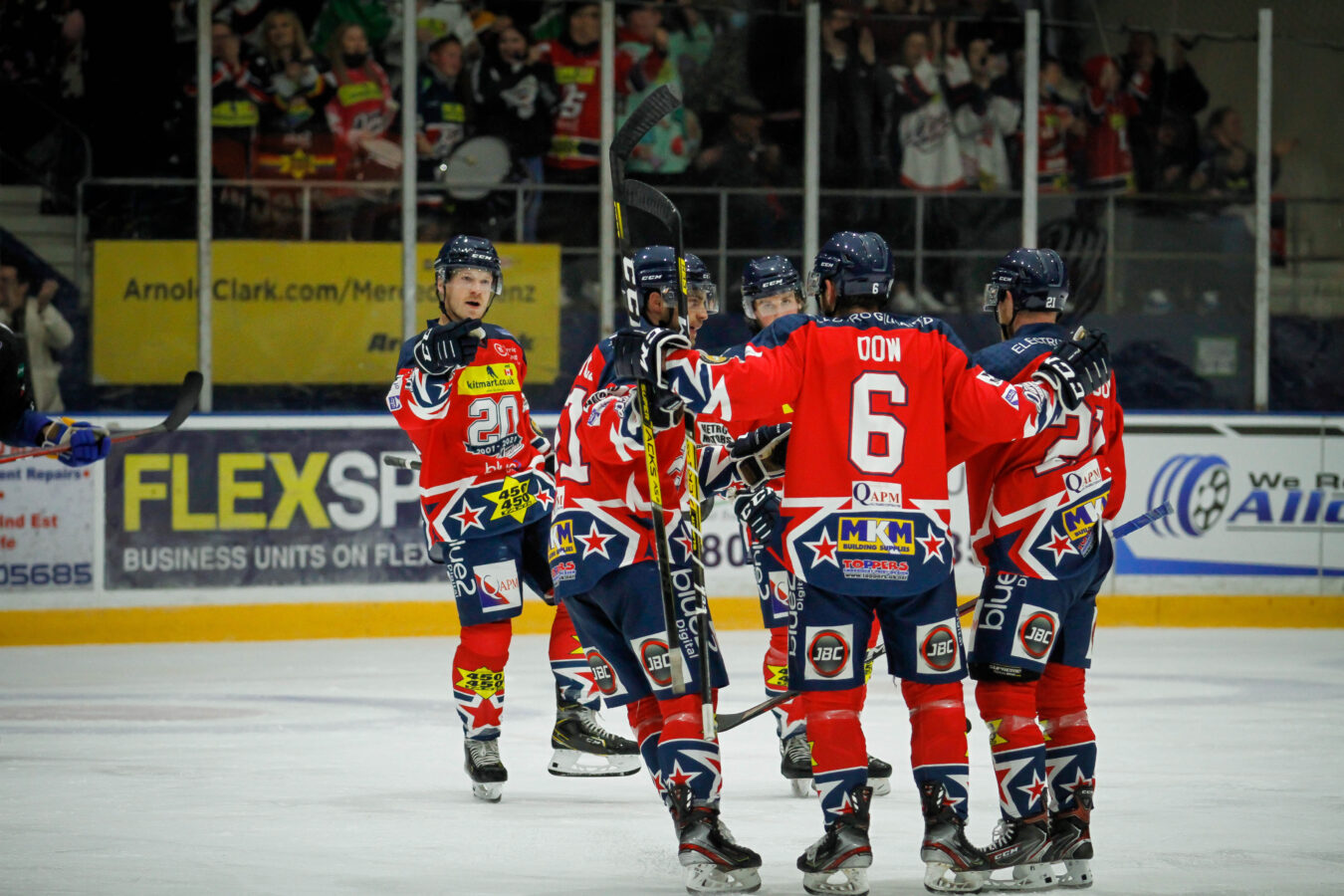 After a disappointing loss in Belfast on Friday night, Saturday evening in Kirkcaldy went much better for the Stars, despite a penalty-stricken and goalless first period.

However, they came out firing in the third period and on 28 minutes, Sebastian Bengtsson fired home his first as Stars, which also converted the team’s first powerplay goal.

A second goal came just minutes later, as Timi Lahtinen used his breakaway chance to beat Shane Owen in close and between the legs.

Dundee then asserted their dominance and extended their lead in the final minute of the second period when Dillon Lawrence deflected Alexandre Ranger’s rising shot into the Fife net.

The Stars then continued to punish their rivals when on the powerplay, as Philippe Sanche beat Owen at his near post with a fast wrist shot into the top corner, on 42 minutes.

Eventually, Todd Dutiaume’s men got off the mark as Michael McNicolas applied a fine finish into the top left corner, making it 4-1 in the 48th minute.

Although, eight minutes later, Spencer Dorowicz flung home a fifth and a third powerplay goal of the night, before Sanche bagged his brace with a scrappy finish in the final minute, rounding off the scoring at 6-1.