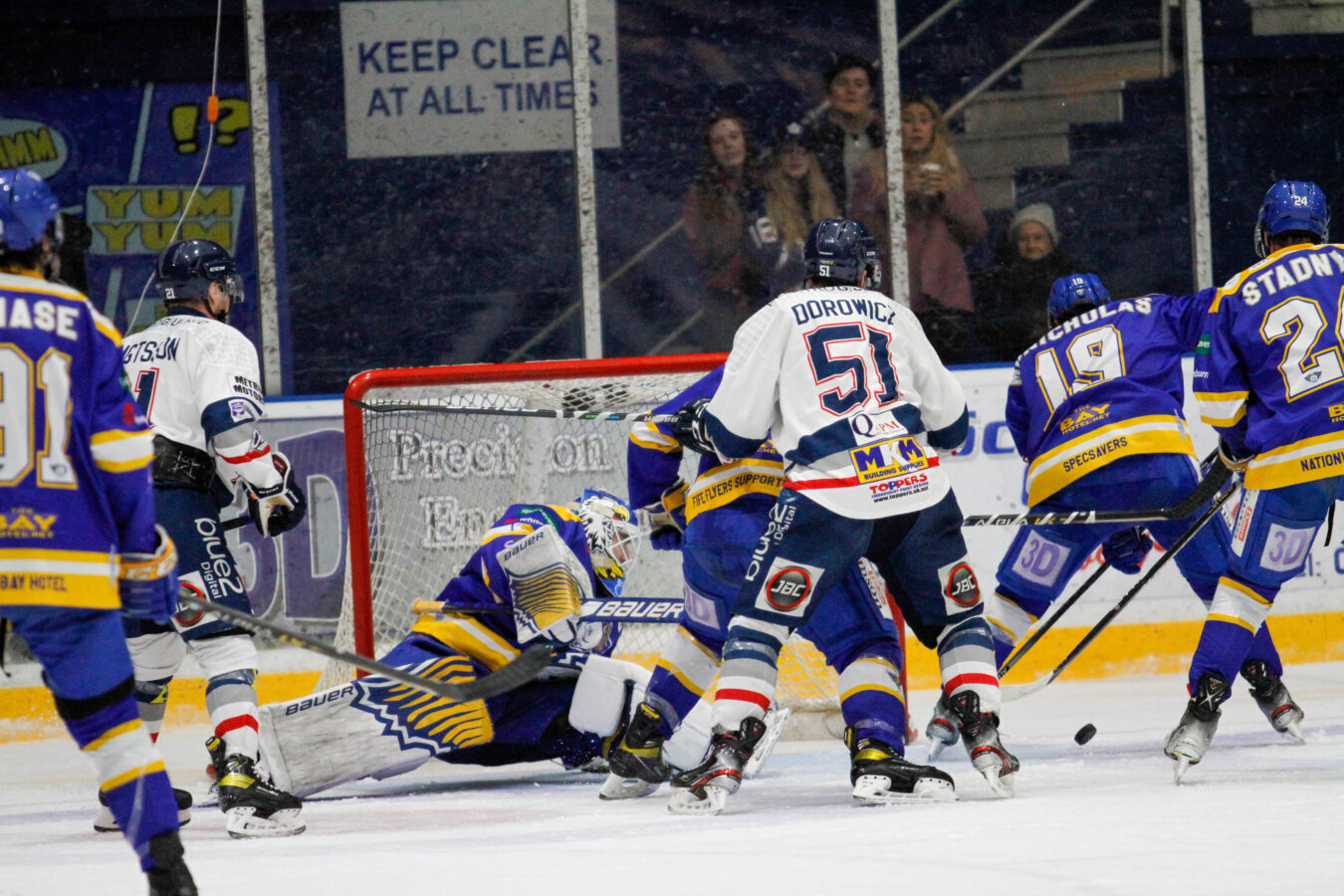 The Kitmart Dundee Stars faced off against their local rivals, Fife Flyers on Sunday night in Kirkcaldy and were looking to secure two more points, to take their total to four for the weekend.

The first period lacked entertainment as neither side committed to all-out attacking and after 20 minutes the game was scoreless.

However, in the second session, the Flyers broke the deadlock after only three minutes of play as Kristian Blumenschien shot past Brython Preece from between the circles.

The home team then doubled their advantage on 29 minutes, as Jacob Benson punished the Stars goalie for getting caught out of position.

Preece had left his net to play the puck but did not reach it in time before it went into the corner – where goalies are not allowed to touch the puck and the stranded Welshman dived across the feet of Benson, but could not stop him from easily scoring.

Although, Dundee did pull one back just after the halfway mark, as Philippe Sanche rifled a quick shot over the shoulder of Shane Owen to cut the lead to one.

The Stars then pressed hard for an equaliser and came close on a couple of chances but the Flyers defence was always quick to clear up the rebounds.

Todd Dutiaume’s men then restored their two-goal cushion with a powerplay goal, as Craig Peacock turned a cross-ice pass under a sprawling Preece, in the 38th minute.

The third period was when Omar Pacha needed the biggest performance from his side for the whole weekend, but they got off to a rough start, as ex-Dundee forward, Matt Carter slotted home on the powerplay to make it 4-1 to the Flyers on 49 minutes.

Dundee then failed to breakdown the Flyers again, but sparked a last minute hope of making a comeback, as Spencer Dorowicz beat Owen, 66 seconds from time.

With the deficit at only two goals, Pacha swapped his goalkeeper for an extra attacker and used his timeout to rest his players and draw up a plan.

The gamble paid off, however just a bit too late as Sanche got a second with only five seconds left on the clock.

The Flyers then clinched onto their victory for dear life and just managed to secure it, leaving the Stars stuck in sixth place and three points adrift from the fifth-placed, Coventry Blaze.

Next up for Dundee is a mid-week clash with Nottingham Panthers, as they return to home ice on Wednesday and look to tighten the gap to the team currently holding onto fourth spot.