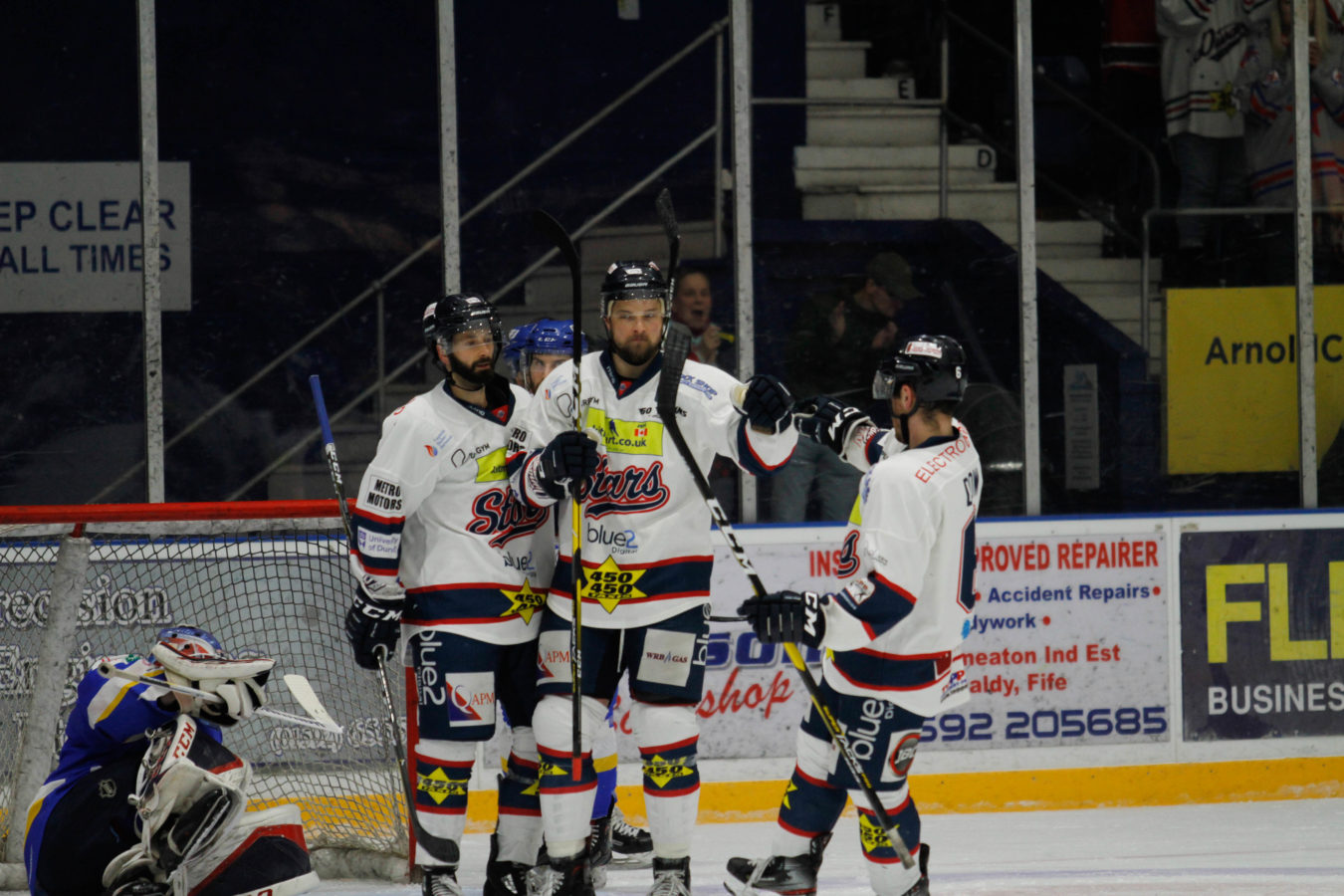 Saturday nights’ important home win put some distance between the Stars and the last-placed Manchester Storm and it also gave them the confidence they needed for going into the Fife Ice Arena on Sunday.

Dundee would open the scoring but it was rather late as Dirk netted his second goal of the weekend inside the final minute of the first period.

The Canadian was played in behind the Fife defence by Egils Kalns and he showed his clinical finishing by beating Adam Morrison at the first time of asking.

After wasting three powerplay chances in the opening session, the Flyers needed to start strong in the second and finally got off the mark in the 26th minute when Carlo Finucci finally got a shot past Leclerc.

Finucci chased down a loose puck before successfully wrapping the puck around the post and into the net but the home team would not be on level terms for long as Matt Marquardt netted a powerplay goal just after the halfway mark.

The Stars were under heavy pressure during their 16 second powerplay but the Stars captain was waiting on the edge of the goal crease and he found the twine by batting in the airborne rebound from Kalns shot that was deflected skywards by the tip of Morrison’s glove.

Neither side would add any further scoring until the last minute when Elgin Pearce fired into an empty net but Dundee looked comfortable and in control as Fife tried to find some sort of way to get their systems clicking.

Leclerc provided excellent goaltending all night and was rewarded with a Man of the Match award along with Fife’s lone scorer, Finucci.

Omar Pacha’s men have only one game next weekend as they return to the SSE Arena in Belfast for another battle with the Giants.