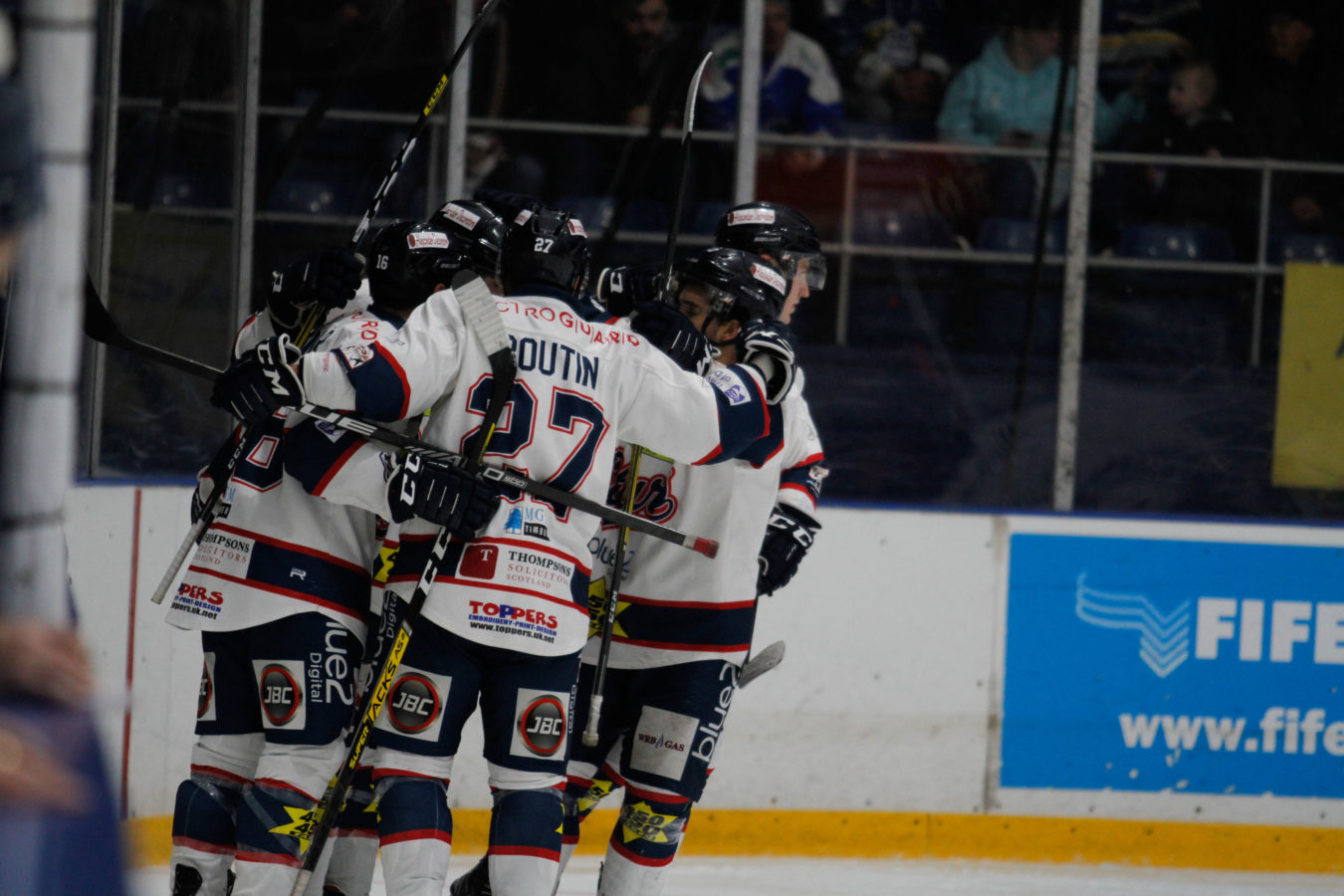 All of the early chances in the opening period went the way of the Kitmart Dundee Stars but the Fife Flyers defence held their own to stop the visitors from taking an early lead.

The Flyers also seen off an early powerplay chance for Dundee as their captain, James Livingston was punished for a cross-checking foul after just 68 seconds.

The home side’s first scoring chance came in the eighth minute as Paul Crowder sent a pass across the face of the Stars goal but Fife forward, Danick Gauthier could not get to the opposite post fast enough to turn the puck in.

The teams then exchanged chances for the rest of the period and the standout player was Dundee netminder, Alex Leclerc who came up with some big saves to keep the game scoreless after the first period.

Although, the Stars broke the deadlock in the second period as Kevin Dufour skated in front of the Flyers net and sent a wrist shot past Adam Morrison in the 30th minute.

Omar Pacha’s men then had a short five-on-three powerplay as the Flyers Kyle Just and Scott Aarsen were sent to the sin bin for minor infractions and that allowed the Tayside team to double their lead.

Jagger Dirk and Stars captain, Matt Marquardt combined to work the puck down low and the move was finished off by Matt Carter as he beat Morrison from a tight angle and slipped the puck past the Flyers goalie on his right post after 34 minutes.

The Stars then had their turn at defending against a powerplay as a few fouls put Jagger Dirk and Craig Gans in the sin bin but Dundee did their defensive duties well and protected their two-goal cushion until the second break came.

However, they did almost make it 3-0 before time expired int he second session as there was a chance for them to net a shorthanded goal but Morrison pulled off a good save to keep his team within touching distance.

In the end, that save did not seem to count for much a Brett Stovin quickly added Dundee’s third just two minutes into the third period

An excellent pass by Marquardt sent Stovin through on goal and while his first shot hit the leg pad of the Fife keeper, he was completely uncontested to the rebound.

Although, there was a major worry for Todd Dutiaume and his side as Morrison appeared to be injured on the play, the keeper stayed in the same position for a number of minutes with what appeared to be a lower body injury but he eventually got back up and carried on.

The Kirkcaldy club faced more penalty trouble but escaped unpunished and after returning to full strength, Mike Cazzola got the Flyers on the board.

Fife defender, James Isaacs had flicked a high shot towards Leclerc but Cazzola deflected the shot down and away in the opposite direction from the Dundee goaltender before he quickly fired the puck into a wide-open goal.

With the home side making 3-1 after 52 minutes, the Stars came under attack for the rest of the match but when the Flyers gained a powerplay with less than four minutes to play, they went all out in the final two.

Morrison was swapped for the extra attacker and Dutiaume used his timeout to draw up a game plan but they were unable to break down Dundee’s defence again.

Once the powerplay had expired, Dundee regained possession with 100 seconds left to play and defenseman, Drydn Dow launched the puck 180 feet down the ice and found the vacant Fife goal at the other end, making it 4-1 and sealing a second straight victory for the Stars.

Pacha’s men have now won all three games they have played in Kirkcaldy this season and next they face the reigning Elite League and Challenge Cup Champions, Belfast Giants in another back-to-back series over the New Year festivities.