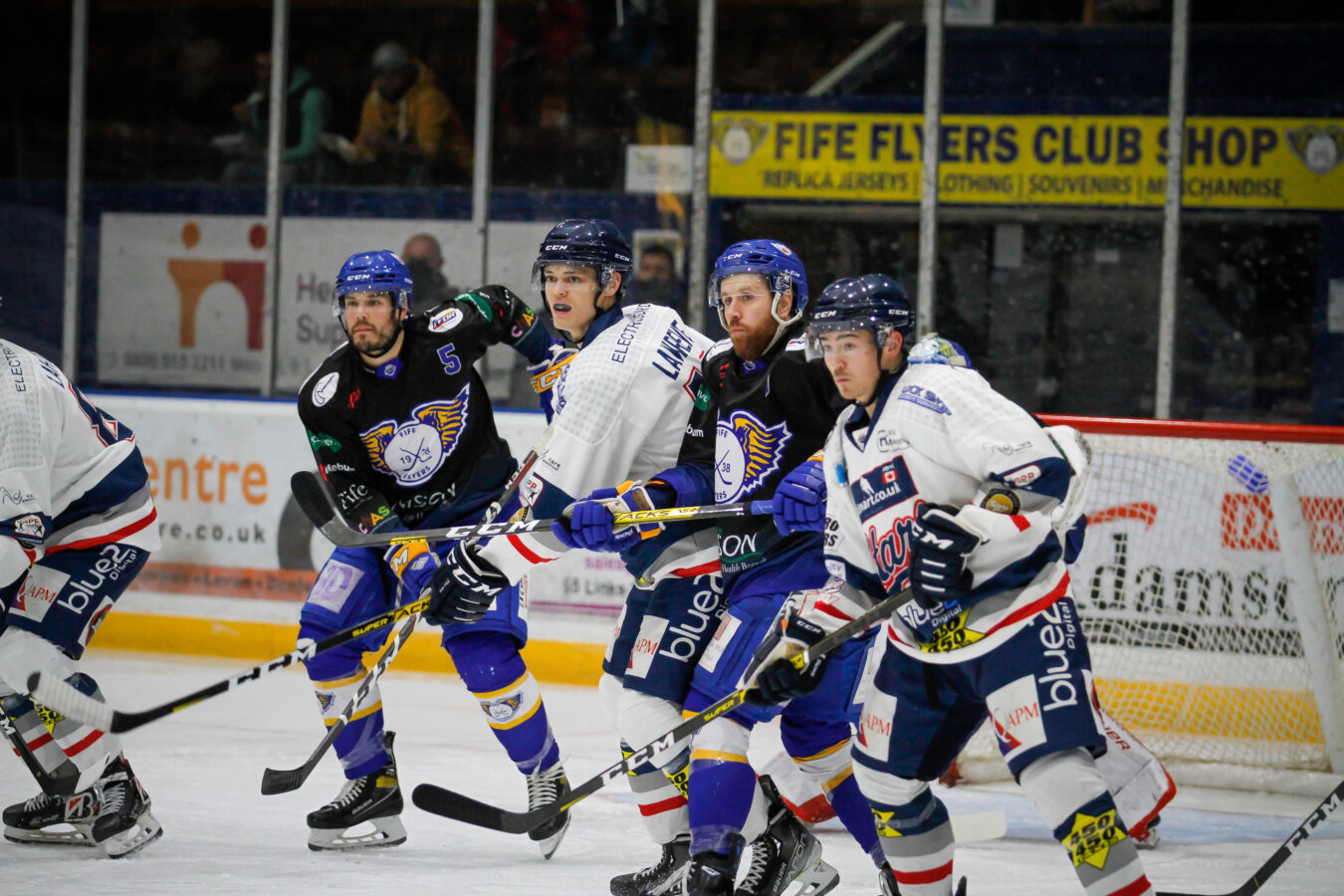 The Kitmart Dundee Stars were out to end their Challenge Cup Group Stage on a high but quickly found themselves behind to the Flyers in Kirkcaldy on Sunday night.

The home side were quick to put Dundee under pressure and after nearly three minutes of play, they broke the deadlock.

Fife’s Craig Peacock had worked the puck around from behind the Stars net before teeing up ex-Star, Matt Carter to net the opener.

Despite some good chances for Omar Pacha’s side, they were still a goal down after the first period and the Flyers would capitalise on their chances to move 3-0 by the end of the second.

Their second goal of the night came via James Anderson, as he whacked home Scott Jamieson’s pass from close range on 28 minutes.

Erik Naslund would then bag the third with only 15 seconds left in the middle stanza, as he drilled the puck past Adam Morrison for a third time.

Dundee needed a big third period if they were to mount any sort of comeback but just four minutes into the third period, Michael McNicolas picked out the top corner of the Stars net to make it 4-0.

As the game reached its final minutes, tensions boiled over between Dundee’s Spencer Dorowicz and Fife’s Jonas Emmerdahl as the pair dropped the gloves and went toe-to-toe.

Both were thrown out of the game for fighting inside the final five minutes and a few more penalties would follow as both clubs started to foul each other more frequently.

With each team reduced to four skaters, there would be one final goal scored inside the final minute of play, as Imants Lescovs drove towards the net and beat a loose puck past Morrison to make it 5-0.

The Stars would still finish second in Group A on seven points, two ahead of Fife and seven behind Belfast Giants, whose only loss came against Dundee.

With their full focus now on continuing to build some league form, the Stars have two road games next week as they head south to take on Nottingham Panthers and Coventry Blaze next weekend.