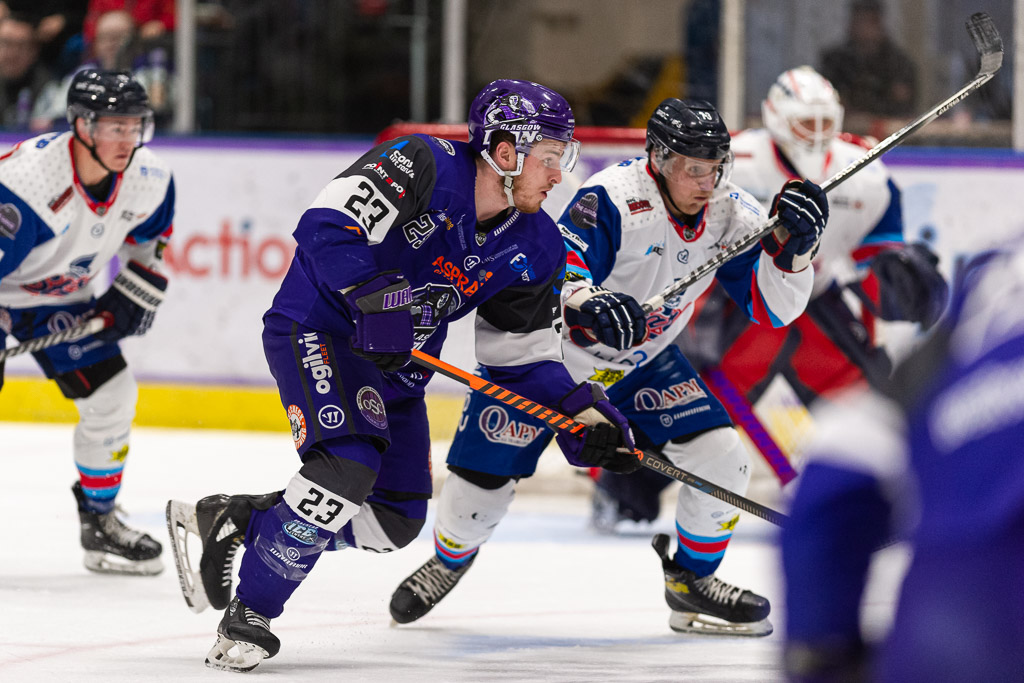 The Trade-Mart Dundee Stars finished of 2022 in style as they came out on top of an all-Scottish rivalry in Glasgow against the Clan and claimed their second victory of the season in the Braehead Arena.

The Stars iced every player for the first time this season as Hugo Reinhardt made his return to action after missing the last 11 games through injury and they faced a Clan side, who had three less players in their line-up.

It was a slow tempo to start in front of a sold-out crowd in Glasgow but neither side was willing to give up anything early and took a cautious approach to their gameplan.

However, after the play slowly began to open up, chances soon started to come at either end and Dundee goaltender, Anton Svensson and his counter-part, John Muse both made some spectacular saves to keep it scoreless.

The best chance of the lot fell to Stars’ forward, Elijiah Barriga as he moved in on goal and saw his first effort denied by the Clan keeper, but he stuck with the play and was almost gifted an easy tap in to break the deadlock, as a cross-goal pass was deflected at the last second and taken away from the American.

Although, the home side would finally find the breakthrough just moments later as Gary Haden fired Glasgow into the lead, after Andrew McLean’s long-range pass found the winger sitting just off to the left side of the Svensson’s goal and without any pressure, Haden shot past the sprawling Swedish goalie, on 12 minutes.

The Clan would keep their lead heading into the first break but Dundee had begun to put them under pressure and were looking likely of scoring an equaliser, which they would eventually be rewarded with in the 34th minute.

Despite the home team having two powerplays after taking the lead, they were unable to build on their advantage and the Stars would peg them back as they broke down the ice in a two-on-one rush, with Ben Sokay carrying the puck.

The Canadian has been in red hot form for the Tayside team and extended his scoring streak to 20 points in the last 11 matches, as he elected to shoot instead of pass and his effort beat Muse at his near-side post, catching the American keeper off-guard.

It was then the Stars turn to have some powerplay time but they were also unable to cash in on the man advantage and failed to do so again early in the third period, but they would go on to take a lead with less than four minutes to play.

Glasgow had also lost another player earlier in the match as defender, Mitch Jones left the ice with what looked like a severe facial injury as he lost control and crashed into the boards, leaving him unable to skate off in a straight line as he covered his face and he did not return to the game. 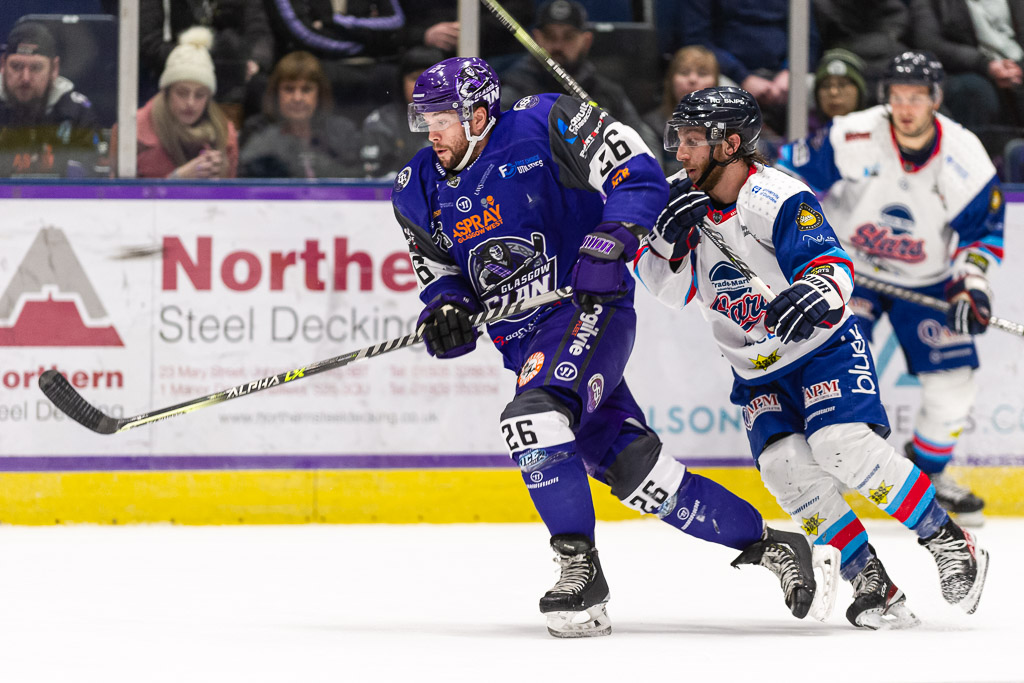 Jeff Mason’s men had been hunting down the go-ahead-goal but their advances forward had left them exposed at the back, although Svensson was in fine form to bail them out as he robbed shooter after shooter with his flashy glove hand.

Eventually, the Stars found another way past Muse and they worked the puck around a scrambling Clan defence, with possession being fed to Colin Joe, who ripped a low shot that would hit the underside of Muse’s trapper and fall into the Glasgow goal.

However, the home team did not fold and they pursued a late equaliser and with only 90 seconds left on the clock, the Clan called a timeout and swapped Muse for an extra attacker, which resulted in an almost instant reward.

After cycling the puck around the Dundee net, Haden stepped up to whack home the game-tying-goal with only 66 seconds left to play and his second of the night gave the Braehead club a big boost as they headed into overtime to decide the final game of 2022.

Although, overtime would be the Stars time to shine as Sokay also bagged his brace in just the second of the extra five minutes, after Ryan Verrier had skated possession all the way down the ice from his own end, before finding Sokay.

The Canadian then tried to set up Romans Semjonovs but the pass did not quite come off before Verrier turned it back towards Sokay, who tucked in the puck at the back post as Muse was already down and beaten.

The Stars take two much needed points to climb back into the playoff spots and will begin 2023 against the same opponents as the Clan come to the DIA on Monday evening and after Saturday’s battle, both teams will be hungry for more.