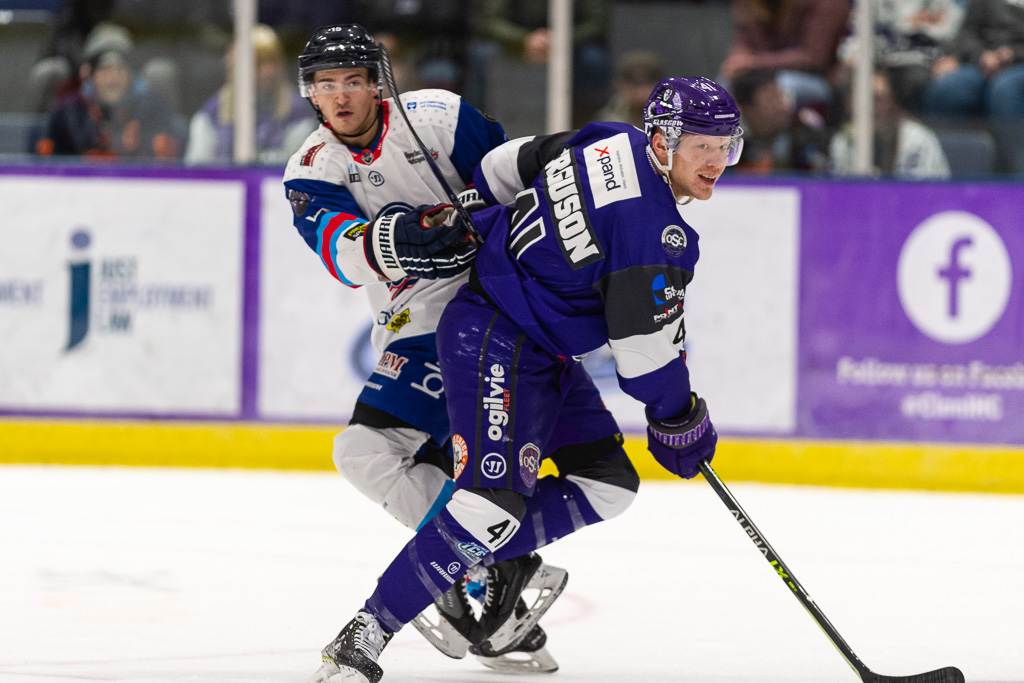 The Trade-Mart Dundee Stars were in Glasgow and searching for thier third win of the season at the Braehead Arena, which would give them a four-point weekend.

After Friday’s win on home ice, the Stars continued to play without the injured Ben Sokay and began the game by heading straight on the penalty kill as forward, Toms Rutkis was assessed a four-minute minor penalty for accidentally catching his opponent in the head with a high stick.

However, the home side failed to capitalise on the early and long man advantage, eventually cutting their own powerplay short as defenseman, Mitch Jones took a minor penalty for interfering with Dundee’s Philippe Sanche as the Stars bore down on goal.

Through the opening 10 minutes both keepers had been made to work right from the start, but Anton Svensson in the Dundee net gave up the first goal on 11 minutes, as Glasgow’s Kevin Massy and Steven McParland combined to break the deadlock.

As the Clan moved forward in the Dundee end, Massy lured Svensson over to one side, before switching possession across to McParland, who only had to apply the easy finish to put his team ahead.

The Stars were unable to find a way to tie the score before the end of the first period and trailed by one heading into the second, but the Clan quickly started to build their lead, with former Star, Jordan Cownie adding a second just 41 seconds after the restart.

Glasgow were controlling their home ice well and supressed the Stars attack from mounting any kind of comeback, but their defensive efforts did not stop them from getting forward and Gabriel Chabot would smash home a third goal in the 33rd minute.

Clan player-coach, Stephen Dixon took the puck below the Stars goal line before cutting a pass back for the arriving Chabot and his first-time slapshot blasted past Svensson and into the far side of the goal, leaving the Tayside team hanging on to Glasgow’s coattails. 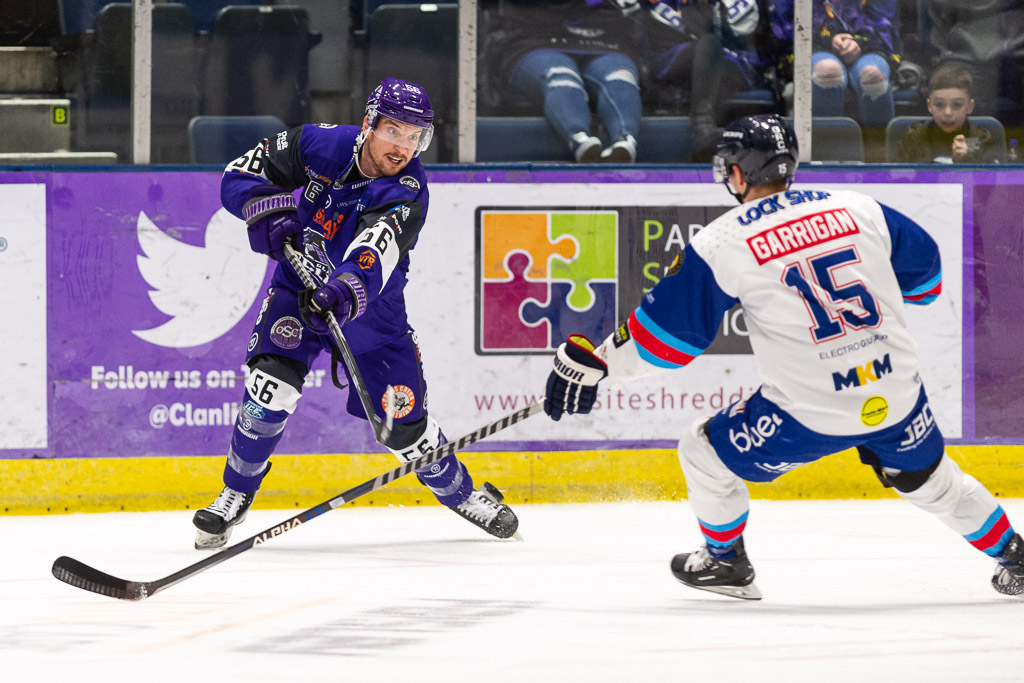 Dundee had not posed much of a threat to their Scottish rival through the first two periods but in the third, they came out fighting and when they finally got another chance on the powerplay, Philippe Sanche got them off the mark.

In the 49th minute, the Canadian picked out the top corner of John Muse’s net to cut the lead to two, although just one minute later, Glasgow would break up the ice and Chabot unselfishly setup McParland for his second of the night.

However, there would be one more twist as the Clan went back onto the penalty kill seconds after the restart and with Dundee’s powerplay unit back out, they quickly capitalised again.

This time, Drydn Dow picked out Romans Semjonovs, who was waiting unmarked at the right circle and he hit his shot first-time and beat the moving Muse with plenty of space, to make it a two-goal game once again, in the 51st minute.

Jeff Mason’s men then found a third goal with five minutes left to play but the goal would be disallowed after a video review discovered the Clan goalie had lifted the entire goalframe when he squeezed up against his post, allowing the Rutkis’ shot to slide in underneath the bottom of frame.

Glasgow took their lucky escape as the chance to lockdown their defences and despite Dundee pulling Svensson to get an extra attacker on with over three minutes still to play, they sealed their victory and the two points as Andrew McLean hit the Stars empty net from his own net.

The Stars will still hold onto the final playoff spot for now, but the Clan have closed the gap to within a point, but Dundee face a difficult road game in Manchester against the Storm next Saturday, then they welcome their biggest rivals and fellow playoff hopefuls, Fife Flyers on Sunday.