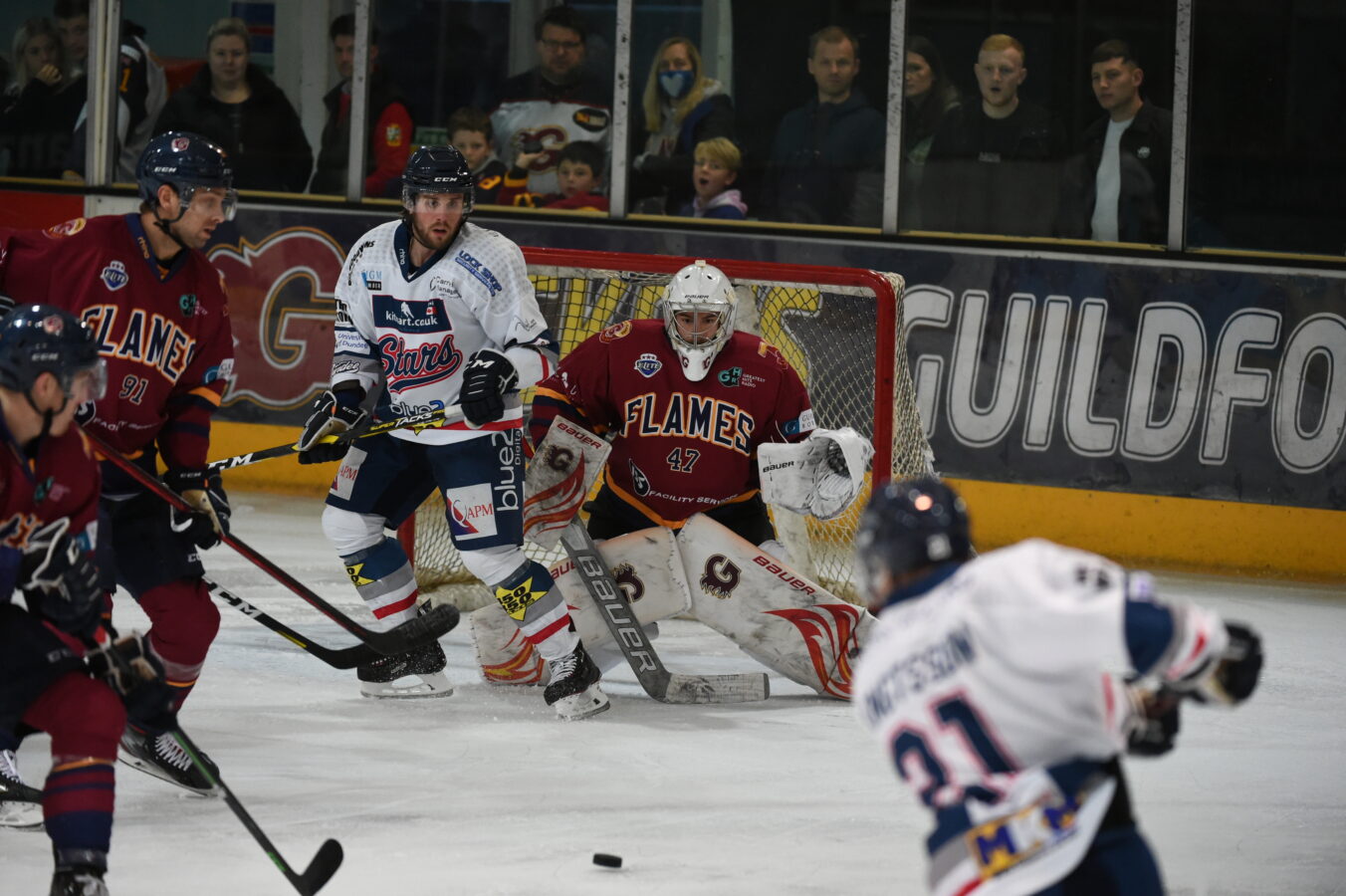 On Saturday evening in Surrey, the Stars fell behind after 10 minutes, as Guildford’s Jake Bolton slotted home the opener through the legs of Adam Morrison.

Dundee failed to find any sort of reply before the end of the first period and that stalemate would continue through the middle stanza.

Despite both sides facing some penalty trouble, neither could make use of an extra man and that left the Flames still only one goal in front after 40 minutes.

However, the Stars were now missing one defender, as Kyle Haas had been thrown out of the game for trying to start a fight with an unwilling opponent.

The scrap started after a Guildford player appeared to collide with Stars netminder Morrison, who in retaliation slashed the Flames player.

Following a whistle to break up the play, Haas and Jamal Watson then collided and the Dundee defenseman was out for payback and dropped his gloves.

Although, Watson never wanted to take on Haas and a result he was sent for an early bath and assessed a game penalty for fighting.

Eventually the next goal came, and it was scored less than two minutes into the third period, as Chris Gerrie’s effort moved Paul Dixon’s men two goals ahead.

Five minutes later, the Flames pushed themselves 3-0 ahead through Levi Cable and that seemed to put the game out of reach for Dundee.

However they did outshoot the home team 19-7 in the final 20 minutes, but still could not find a way past Kevin Lindskoug in the Guildford net.

The Flames shotstopper would be voted ‘Man of the Match’ for his 42-save shutout performance, along with his counterpart, Morrison for Dundee.