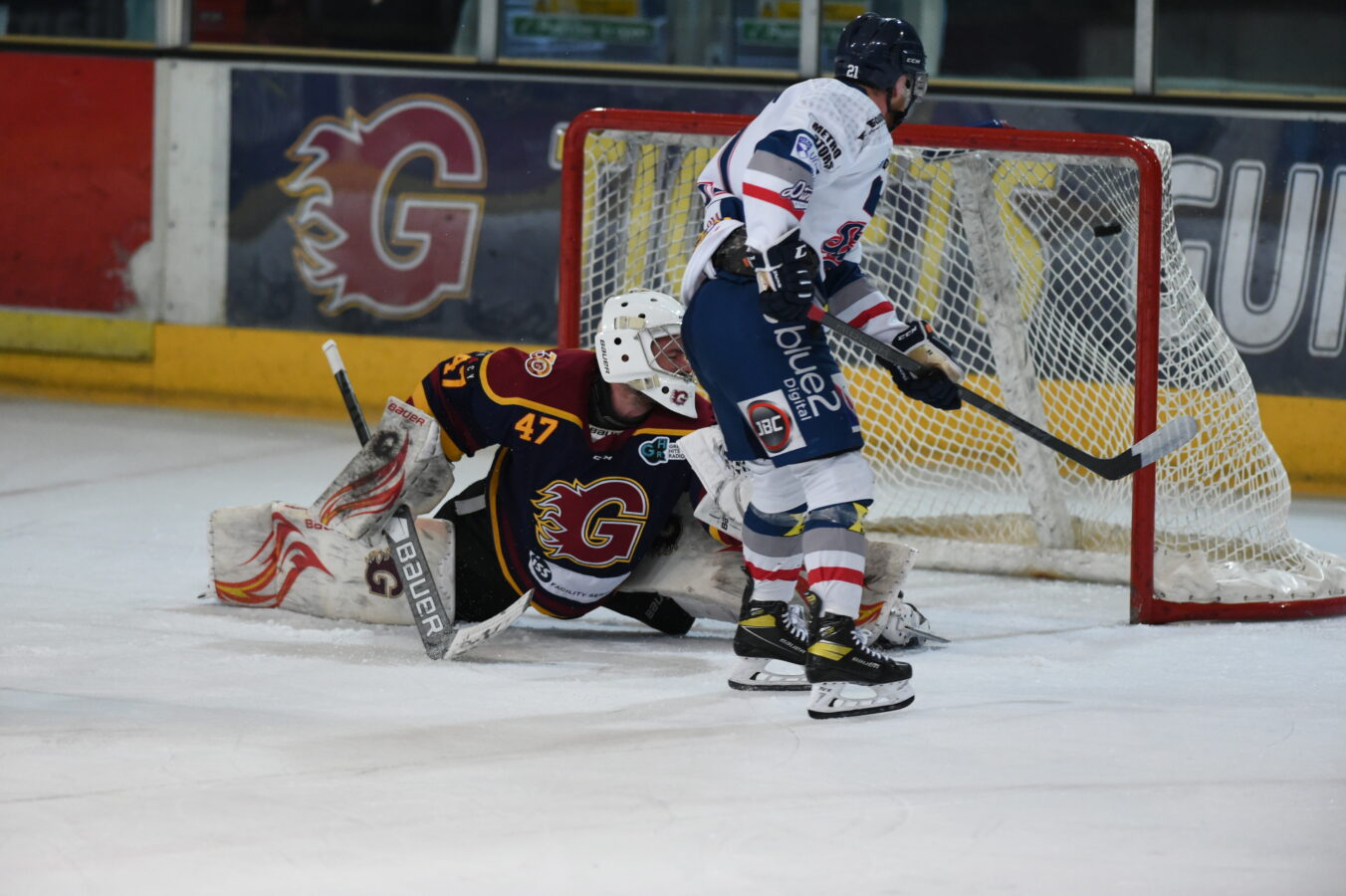 Despite a bright start in Guildford, the Kitmart Dundee Stars were scorched by the Flames in their final regular season game.

Brython Preece returned to the starting line-up as he led the Stars from the back and Dundee were also without Drydn Dow, Toms Rutkis, Craig Garrigan and the suspended, Kyle Haas.

It took less than three minutes for Alexandre Ranger to fire the visitors ahead, as the Canadian winger stole possession away from the Flames before beating Kevin Lindskoug with a high shot into the top right corner.

However, the home team produced a rapid response and Ian Watters had the game level again, just 17 seconds after falling behind.

Although, when Guildford were punished for a slashing foul, halfway though the first period, Dundee quickly capitalised on the powerplay as Charlie Combs blasted a shot home from mid-range, on seven minutes.

Another turnover by Paul Dixon’s men then allowed Sebastian Bengtsson to breakaway down the ice and when in all alone on goal, the Swede easily buried his shot past the Guildford goalie.

The Surrey side were not behind for long and in the 14th minute, Ian McNulty put one past Preece to cut the lead to one goal and just 18 seconds after the restart, Turner Ripplinger made it a 3-3 game as he beat the sprawling Stars goalie.

McNulty would then put Guildford ahead for the first time as he netted his side’s fourth with just 32 seconds remaining in the opening period.

The second period had a lot less scoring as both teams dug in and battled hard to try and swing the momentum in their favour.

Then, just as the match approached the halfway point, Levi Cable added a fifth to push Guildford two-goals ahead.

Dundee then failed to cut into Guildford’s lead and were struggling to find another breakthrough.

In the third session, the Flames left it late to wrap up the points as they did not add a sixth goal until the final two minutes, which was when Dundee gambled their goaltender for an extra attacker, leaving McNulty to fire into an empty net for his hat-trick.

Former Star, Jordan Cownie then rubbed some salt in the Stars wounds as he beat Preece inside the final minute to round off the scoring at 7-3.

Despite the loss, Dundee hold onto fifth place in the Elite League table after other results meant that no one would overtake them and they now head north to Coventry for their third battle with the Blaze, in the last week.