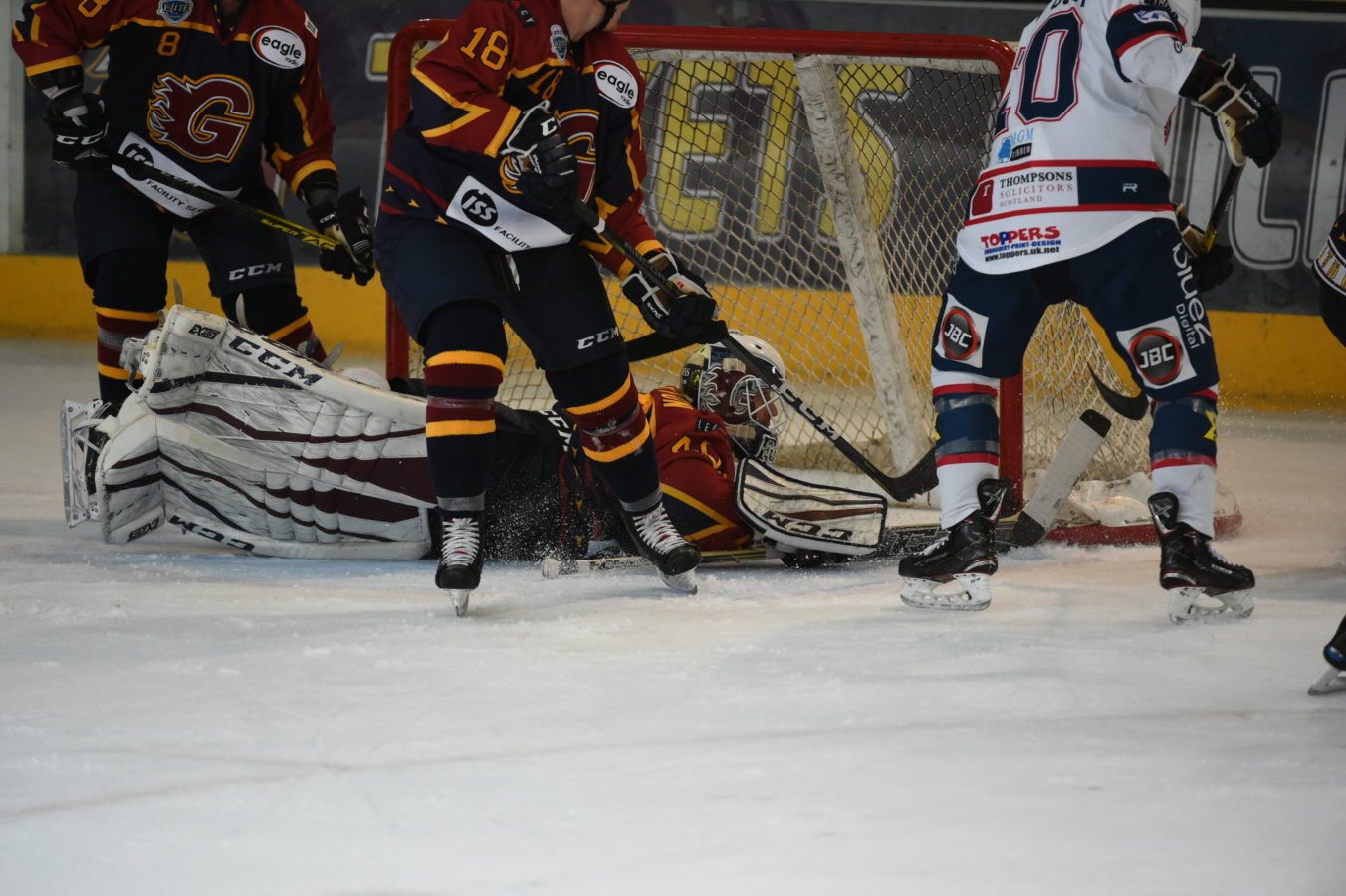 Following their success on Saturday night against Guildford, Dundee found themselves being down by three goals after the first period in Surrey.

Dundee’s Craig Gans picked up an interference penalty after just 25 seconds and Ian Watters would score from the resulting two-minute powerplay.

The home side then doubled their lead through Jordan Abt in the 14th minute before Jesses Craige added a third inside the final minute.

The Stars were better at shutting down the Flames in the second period but just could not get their offence going and again in the last minute lost a goal.

This time it was Kruise Reddick finding a way past Dundee netminder, Alex Leclerc with just seven seconds left in the second stanza.

Cam Braes netted in the 43rd minute before Ben Davies put his name on the scoresheet after 46 and Craige would net his second in the 50th minute to round off the home side’s scoring for the night.

Dundee did get a very small consolation from the game as Craig Garrigan scored his first goal of the season with just one second left to play and to deny Travis Fullerton a shutout.

The Stars have moved up to fifth in the league standings and are just three points behind the leading Glasgow Clan.

However, their focus for next weekend will be on the Challenge Cup as they play their final two Group A games and hope to secure a first-place finish.