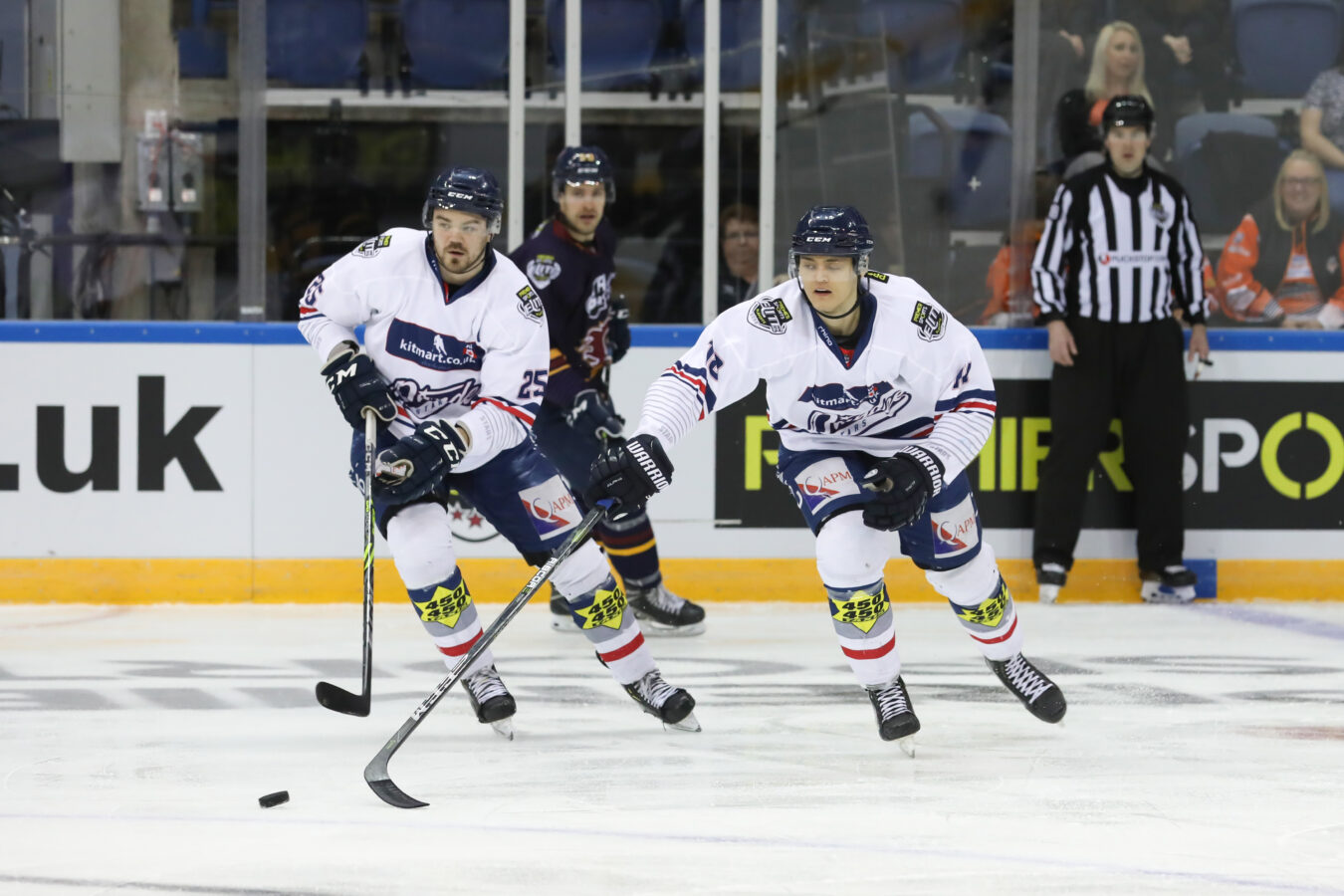 The Kitmart Dundee Stars had one final game of the season to play and were competing against Guildford Flames for a third-place finish in the playoffs.

The Stars gave British goaltender, Brython Preece some game time and put him between the pipes, but the game started with a slow tempo. before soon building into a lively game of end-to-end action.

The Flames took the first lead of the night, as ex-Star, Jordan Conwie cut through the Dundee defence before beating Preece with a backhanded shot into the top left corner, after six minutes.

However, Philippe Sanche would draw the Stars level just a few moments later, as the Canadian winger scored the Tayside team’s first goal of the weekend.

After Alexandre Ranger attempted a shot at goal that did not quite make it through, Sanche was lurking on the edge of the goalmouth and quickly jabbed it past Kevin Lindskoug.

Paul Dixon’s men were not on level terms for long and quickly restored their lead as Kyle Locke turned home the pass of Jake Bolton in the 14th minute.

The Surrey side still held onto their one-goal lead after the first period, but the Stars had been creating a lot of chances and were close to grabbing another equaliser.

The second period started off with Dundee getting the equaliser they had been pushing for and it came through Swedish sensation, Sebastian Bengtsson, who beat the Flames keeper with a rising shot from out on the left wing.

It took Omar Pacha’s men less than two minutes to tie the game but they then found themselves on a penalty kill at the halfway-mark, as Gabriel Desjardins was punished for a tripping foul.

The Stars did survive being down a man for two-minutes, but they would concede two quick-fire goals shortly after.

Guildford’s third goal was created through luck, as Preece made one save and sent the puck skywards, but the puck disappeared from sight and with most players unaware of where it landed, Cownie acted quickest to get his side ahead again.

The puck landed behind the Stars goal and just in front of Cownie, who cunningly banked his shot off the back of the Stars keeper and into the net.

Then just 22 seconds later, Ian McNulty burst forward from the restart and carried the puck across goal, before taking it around Preece and firing home to make it 4-2.

Dundee had a late powerplay but failed to cut into the lead before the final intermission.

Although, they were once again quick to find the net and in the 43rd minute, Charlie Combs found the top corner to make it 4-3 and just five minutes later, Connor Sills buried his shot from the slot to make it a tie game once more.

The Stars then opened up their first lead of the night when Michael Poirier’s slapshot snuck through the legs of Lindskoug and into the Flames net, on 53 minutes.

Although. 61 seconds later, Levi Cable broke away and beat Preece with a quick shot on his glove side to make it even at 5-5.

Despite the quick comeback, Dundee looked like they would get ahead again, but that chance was eliminated when Kyle Haas was punished for a hit, that the referees deemed charging and the English club took immediate advantage.

With less than two minutes to play, Brett Ferguson flung the puck past Preece from between the circles to give the Flames a late lead.

Pacha then gambled it all and took Preece off for an extra skater, but a missed pass by Dundee allowed Owen Griffiths to breakaway and tap the puck into an empty net and round off the scoring at 7-5.

The Stars end the season as the fourth-placed team in the playoffs but can look back at a lot of success throughout the campaign and be proud of their achievements.