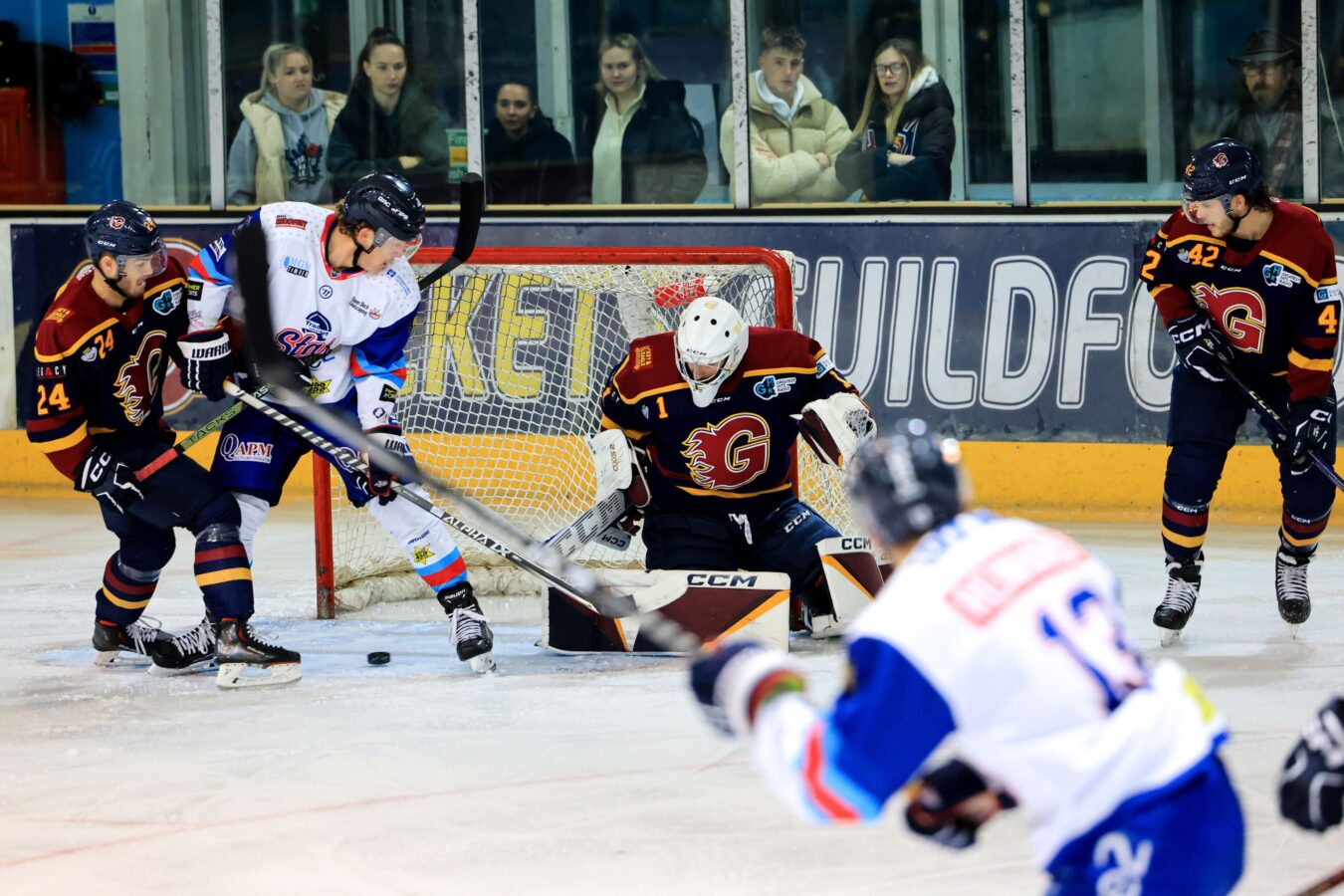 The Trade-Mart Dundee Stars were in Surrey on Sunday night as they faced the league-leading, Guildford Flames for the third time in as many weeks.

The Stars had a full line-up available for the first time this season as only two-way forward, Jonathan McBean was unable to play as he represented Solway Sharks.

Dundee made a quick dash forward from the face-off and tried to take an early lead on the road but they could not find a way past Guildford goalie, Taz Burman in the opening minutes, despite having a number of chances.

Then the home side showed off their clinical finishing skills as at the other end of the ice, Daniel Tedesco fired home the opener on four minutes, beating Brython Preece with a quick snapshot from the left circle.

The Flames then got the first powerplay chance of the night as Dundee defender, Drydn Dow was punished for a slashing foul in the seventh minute, but it would be the Tayside team who came closest to scoring during the two-minute man advantage, as Craig Garrigan and Fabrizio Ricci broke down the ice.

Garrigan would square a pass across to the Stars captain and even though he got his effort on target, it would not find the back of the net as Burman produced a terrific save to keep his side in front.

Both sides would then battle hard through the remainder of the first period, with both keepers being worked hard but the hosts still held their narrow lead heading into the second session, although the Stars would have some powerplay time carry over. 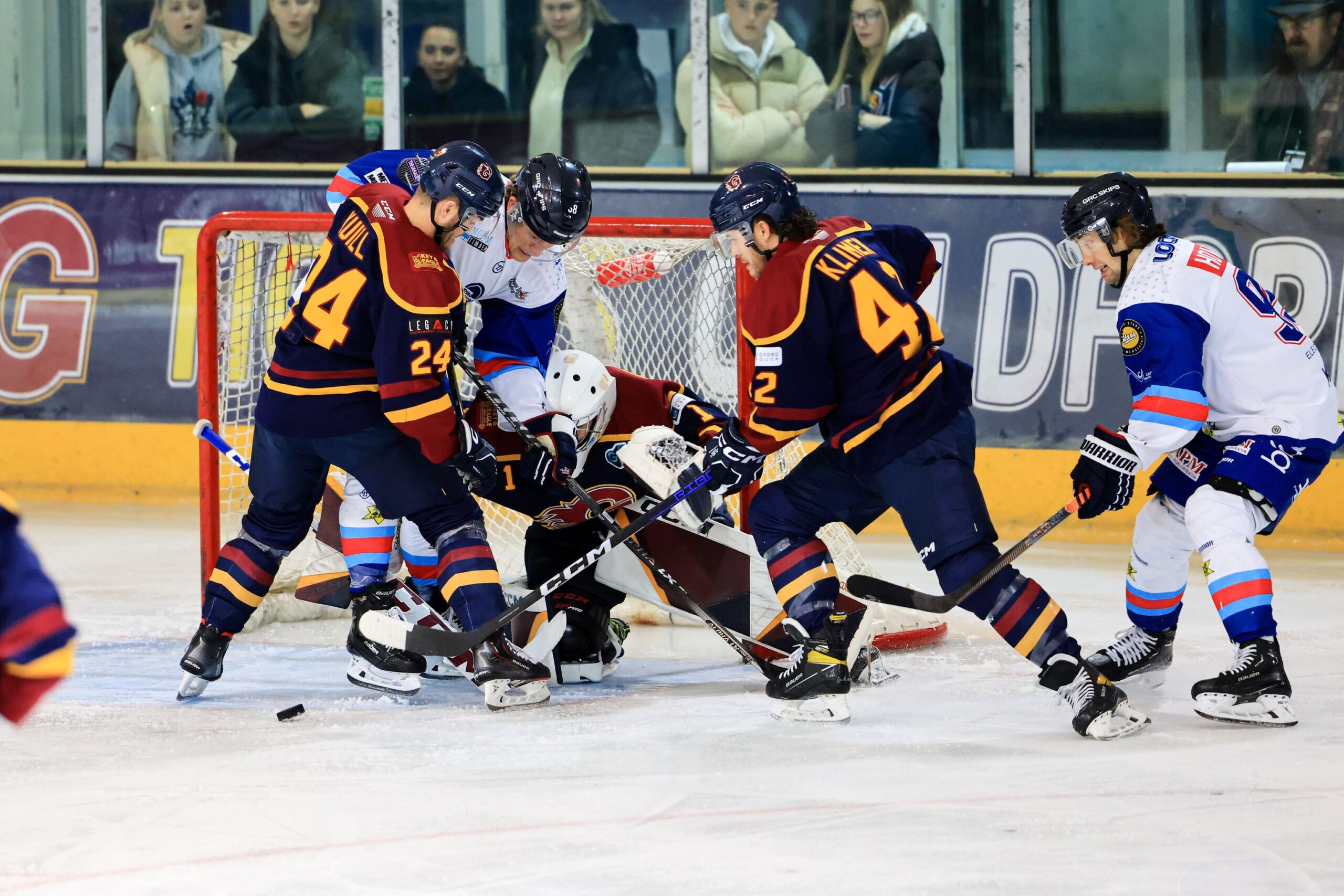 Jeff Mason’s men were unable to score on the man advantage, however they would tie the game on 24 minutes as Toms Rutkis finally beat Burman with a low strike from the slot.

Dundee then dominated the next 10 minutes of the period and could have scored three or four more, but Burman continued to frustrate the Stars and they did not even have any luck when striking the post, as their numerous efforts that hit the framework, all rebounded away from goal.

Paul Dixon’s men then utilised their clinical finishing once again to turn the tide and they would score three goals in less than six minutes to regain control of the tie.

Flames forward, Owen Griffiths produced a laser-accurate shot from difference that found the far top corner of Preece’s net, before 41 seconds later, the puck rebounded off the glass and fell straight onto the stick of Ian McNulty, for him to bury from close range.

Then on 37 minutes, Brett Ferguson managed to sneak his shot between the legs of Preece to increase the lead to 4-1 and that killed off all the momentum Dundee had built, but they still had 20 minutes left to turn it round. 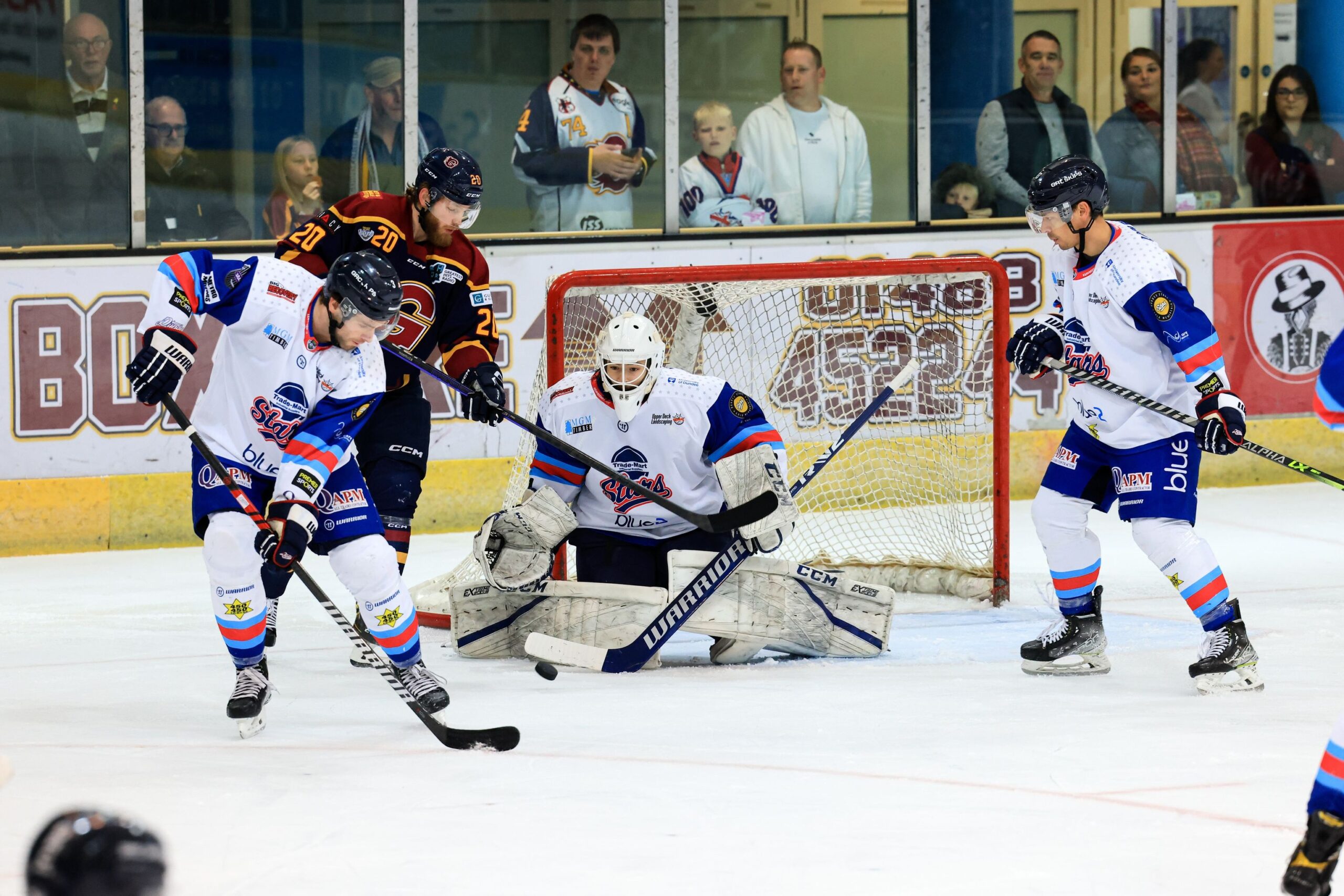 The Stars continued their battling performance and went in search of a route back into the match, but it was no easy task as Burman and the Flames stood firm.

However, Dundee would cut the lead to two goals inside 49 minutes as Elijiah Barriga deflected Dow’s shot into the back of the net, but that would be the end of the scoring, as the home side also failed to score into an empty net when the Stars pulled Preece for an extra attacker.

Dundee forward, Carter Folk also dropped the gloves with Guildford’s Kyle Locke in the third period, as tensions flared between the pair and they went toe-to-toe in good bout that saw them both land some heavy blows.

The Stars remain ninth in the Elite League table after sliding to their seventh consecutive defeat but have all week to prepare for their only match next week, as they meet Cardiff Devils for the first time this season, at the DIA.