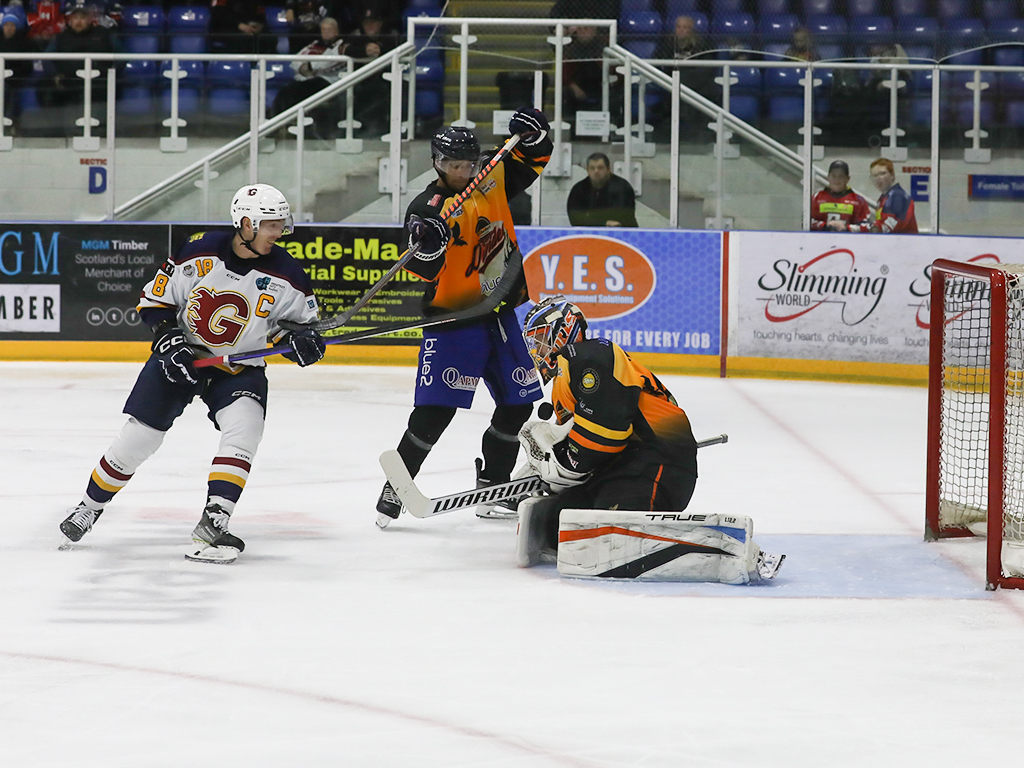 The Trade-Mart Dundee Stars hosted Guildford Flames on their annual Halloween Spooktacular and the Elite League leaders faced a hungry Stars side, eager to please the dressed-up home crowd.

The Stars were playing on without forwards, Philippe Sanche and Jonathan McBean, but also defenseman, Colin Joe, yet Dundee made the better start to the match and had a number of dangerous chances in the opening minutes.

The best of which saw Hugo Reinhardt deflected a shot into an awkward position for Guildford goaltender, Taz Burman but he was able to keep it out and also denied Ben Sokay’s follow up effort.

The Flames would eventually find their feet and claim to have scored a goal in the 10th minute, when the puck disappeared behind Stars netminder, Francis Marotte but following a review of the play, referees Andrew Miller and David Good confirmed the puck did not cross the goal line.

The rest of the first was pretty much even with the action going from end to end, but the go-ahead goal would be scored in the final minute of the first period, with only half a second left on the clock. 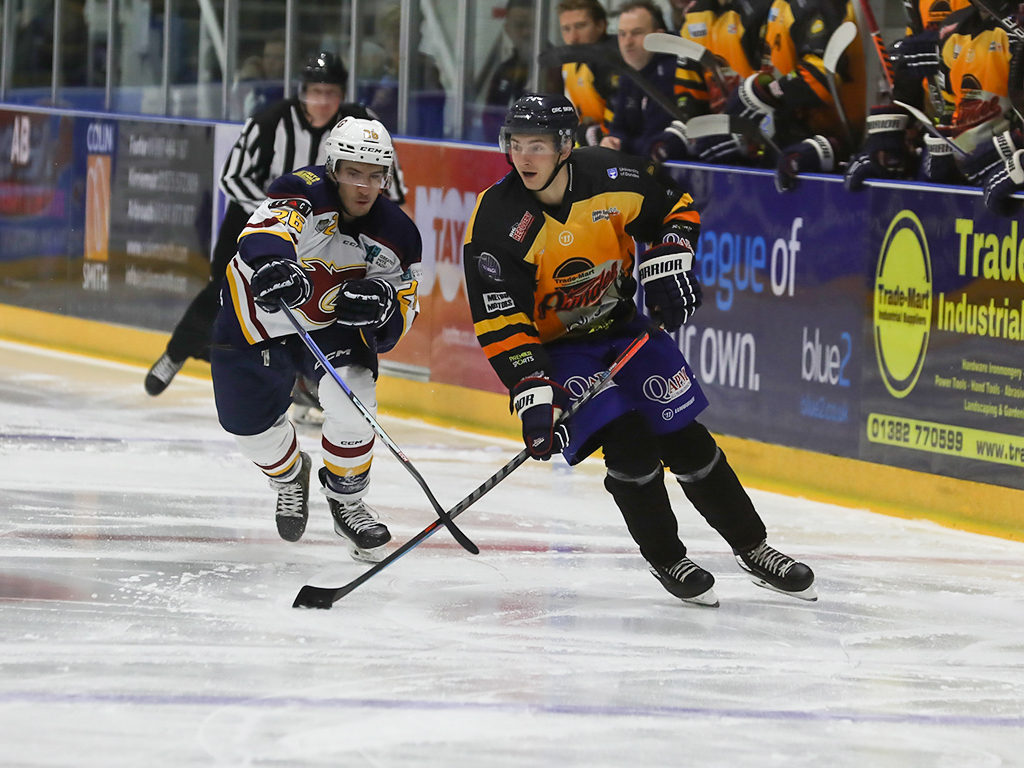 Paul Dixon’s men made a quick move forward and Ian McNulty fed a pass forward for Sam Marklund, who had to stretch to pull in the puck, before he had time and space to lift a backhanded effort past Marotte.

In the second period, it was still a pretty balanced match but that would change when the first powerplay of the night came against Dundee in the 27th minute, as Kris Inglis was boxed for cross-checking and that allowed Jordan Klimek to double the visitors lead.

The Flames forward was able to pick out the top right corner from just off the left circle and Guildford would add a third goal two minutes later, when Marklund was free at the back post to tap in his second of the night.

Dundee would be once again down a man as a late elbowing call against Ian Parker left them shorthanded to start the third period and once again, the Surrey side took advantage of the powerplay, with Daniel Tedesco cashing in on some good fortune, just 33 seconds into the final stanza.

After Bradley Lalonde’s strike rung off the crossbar, the puck shot back out in front of goal and straight into the path of Tedesco, where he had an empty net to shoot into as Marotte was unable to recover in time.

The Flames then settled in to seal their victory but would add a fifth goal in the 54th minute to add to their emphatic victory and this time it would be Brett Ferguson to get in on the scoring.

Ryan Tait’s pass found Ferguson in front of the Stars net, where he had an easy finish, as the Dundee defence had challenged Tait in an attempt to block the pass.

The final buzzer brought an end to a scary night for the Stars, but they go again tomorrow as they visit Coventry Blaze for their first clash of the season with Danny Stewart’s men. 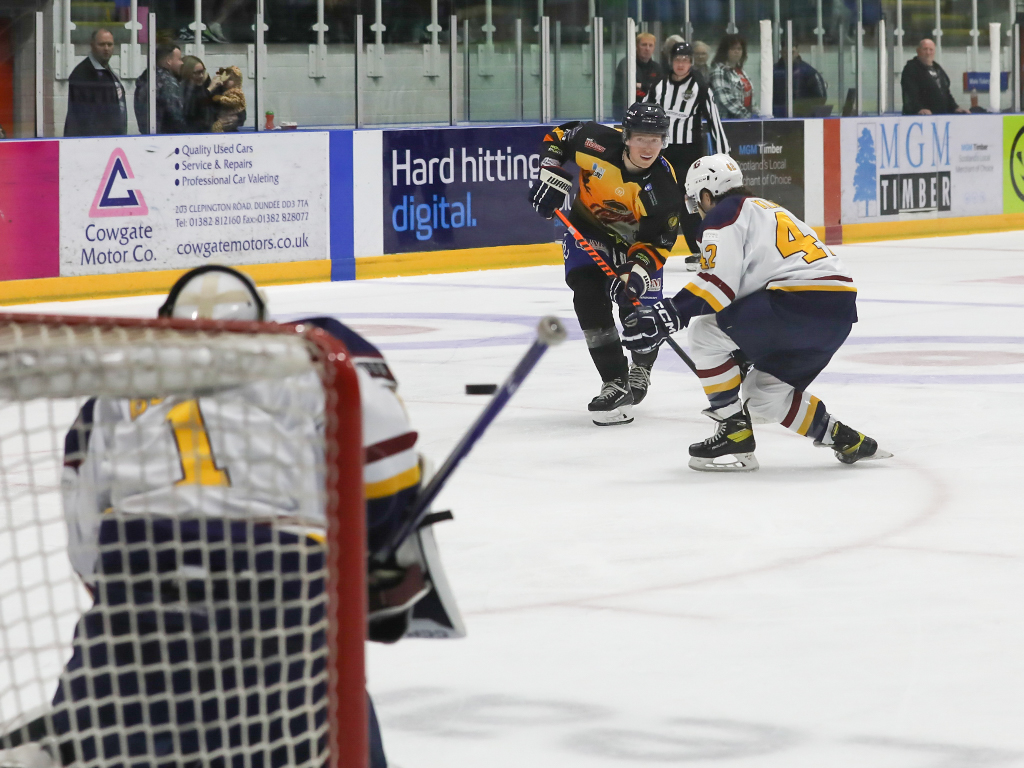