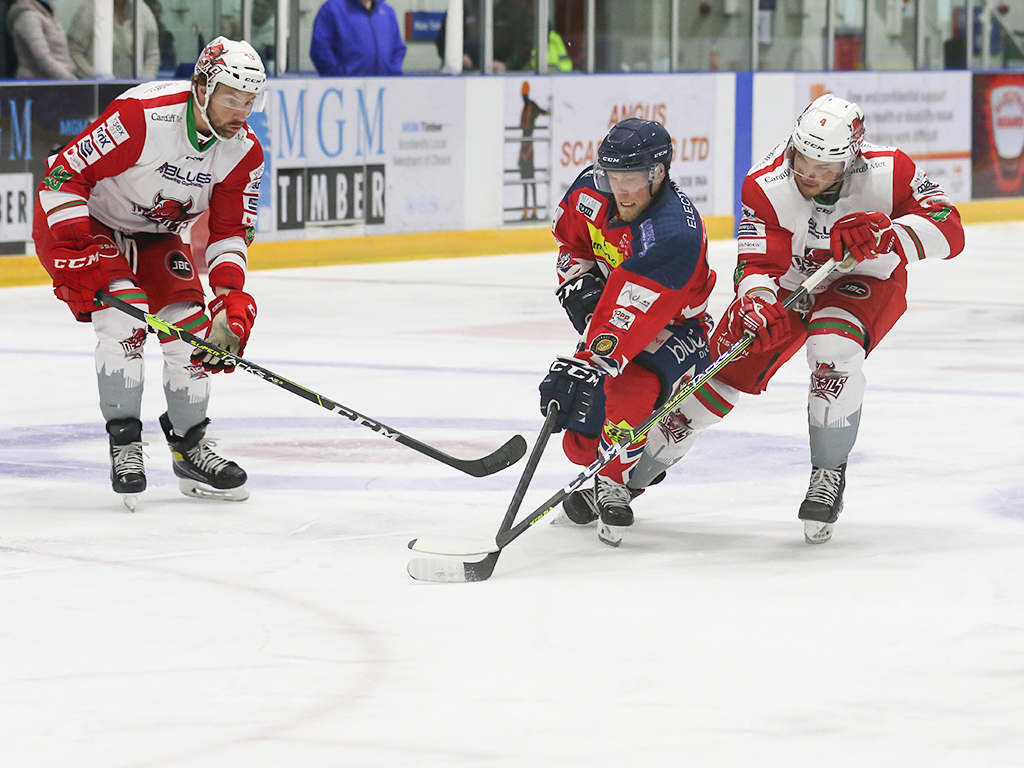 Brandon McNally (Served by Stephen Dixon) 40:00
2 Abuse of an Official

The Kitmart Dundee Stars sealed a crucial home leg win on Wednesday night as they downed Cardiff Devils 4-2 in the first leg of their Challenge Cup Quarter-Final tie.

Heading into the first leg of the tie, the Stars were down four players through injury, with defenders Kris Inglis and Markus Kankaanperä joining Cody Drover and Alexandre Ranger on the sidelines.

However, the game started off perfectly for the home side as they put the Devils straight under pressured and tested goalie, Mac Carruth with a few tricky shots, forcing the American to be alert from the off.

That sustained pressure would quickly pay off for Dundee, as Philippe Sanche put his team ahead on the three-minute mark.

After centerman, Connor Sills tied up his opponent at the face-off, in-stepped Sanche to collect the free puck and the Canadian swiftly buried it into the top left corner of Carruth’s goal.

Jarrod Skalde would not have been pleased to fall behind early on but he was then given another reason to be disgruntled, as 57 seconds later, Cardiff’s Joshua Batch was sent to the sin bin for a hooking foul.

Despite having a man advantage for two minutes, the Stars were unable to double their lead on the powerplay.

Although, as Batch’s penalty expired, Gabriel Desjardins picked out Charlie Combs who lurking in behind the Devils defence and one long-range pass sent Combs through on goal.

The Stars American forward then sent a low shot towards goal that would be denied by the blocker of Carruth, but the rebound would fall directly into the path of the chasing, Spencer Dorowicz, who batted it home.

The rest of the first period was filled by a fluctuating tempo but there were still the occasion chance for either team, yet some exceptional shot blocking with bodies on the line, kept the score at 2-0 Dundee after 20 minutes. 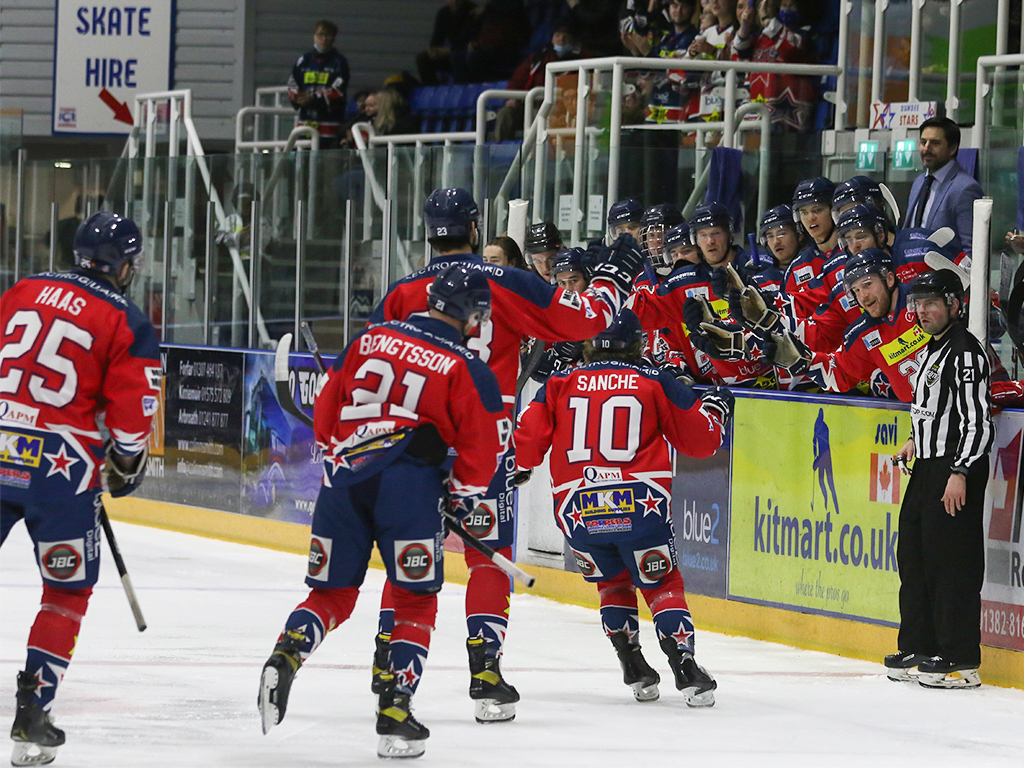 In the second period, both sets of players came out hungry to get the next goal and there were some strong chances at either end but the first one to cause some real danger was in the 29th minute.

That was when, Dundee’s Dillon Lawrence and Timi Lahtinen combined to force a good glove save from Carruth on the shot of Lawrence, as the pair had the Devils defence chasing them down.

The Stars then had another chance to increase their lead a few minutes later but Desjardins and Dorowicz were unable to poke home the loose puck during a goalmouth scramble.

Despite an offensively dominant performance by Dundee, the Devils still had their own chances to get off the mark and Brendan Mikkelson neatly made it a one-goal game, although his slapshot was turned onto the post by Stars keeper, Adam Morrison.

After a few more close calls for Omar Pacha’s men on the powerplay, the Welsh side eventually found their first breakthrough of the night.

With only 11 seconds left on the clock, Cardiff’s Brodie Reid was on the end of a long range pass and played in teammate, Trevor Cox who skated in on Morrison and took the puck past the keeper on his left side.

There was then a flashpoint as the buzzer sounded to end the second period, as Dundee captain, Drydn Dow and Devils’ forward Cole Sandford had a push and shove which resulted in roughing penalties.

However, Cardiff’s Brandon McNally stole the show by starting his own fiasco and attacking multiple Stars players.

Prior to that, the Devils forward had verbally abused the referee and was then thrown out of the match for his unprovoked attacks. 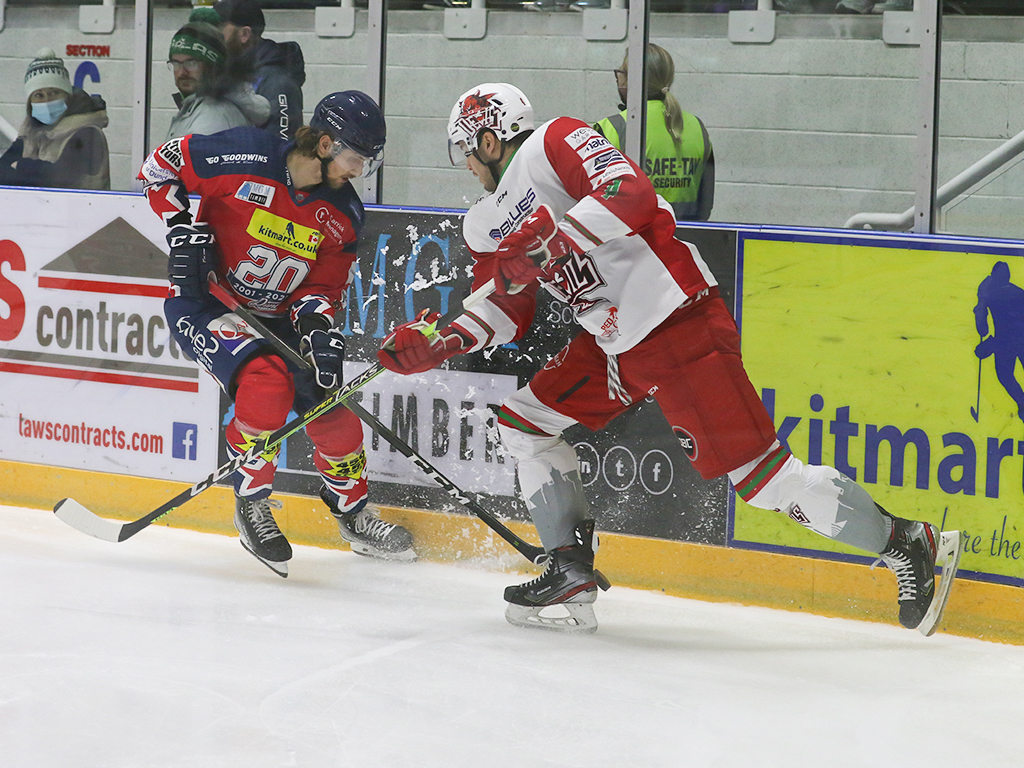 The Stars would then start period three on a seven-minute powerplay, as a result of McNally’s actions and it took just 46 seconds for Timi Lahtinen to restore Dundee’s two-goal lead.

The Finnish forward was the quickest to react to the rebound from Gabriel Desjardins shot.

There was then a lot more penalties handed out by the referees Pavel Halas and Daniel Ferguson, with the visitors taking the most.

Just as both teams returned to five skaters, Swedish winger, Sebastian Bengtsson then got in on the scoring too and moved the Stars 4-1 ahead.

Bengtsson had forced a mistake from the Cardiff defence at their own blue line and then stuck his wrist shot past Carruth on 49 minutes.

However, the Devils were quick to respond and 32 seconds later, Batch saw his long-range effort fly into the Dundee net.

After that, the Stars were able to shutdown the Devils and protect their two-goal lead, which they take to Wales for next Wednesday’s second leg.

Although, next in line for Dundee is a home game against Glasgow Clan this Saturday before the head to Cardiff for a league clash with the Devils on Sunday. 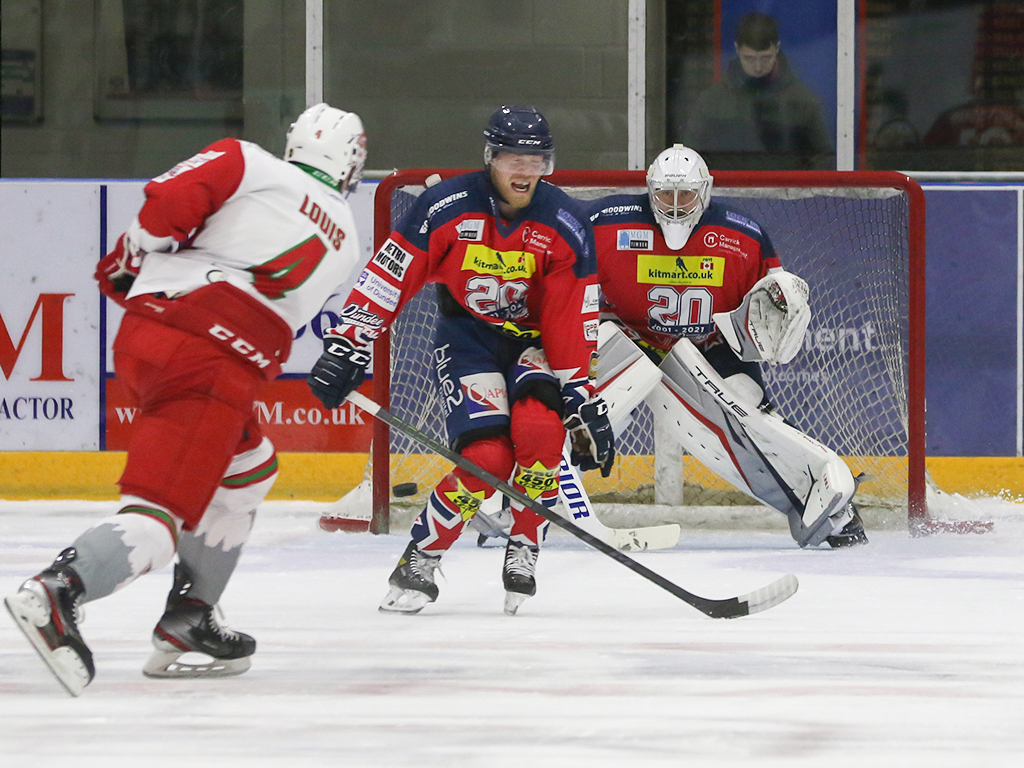