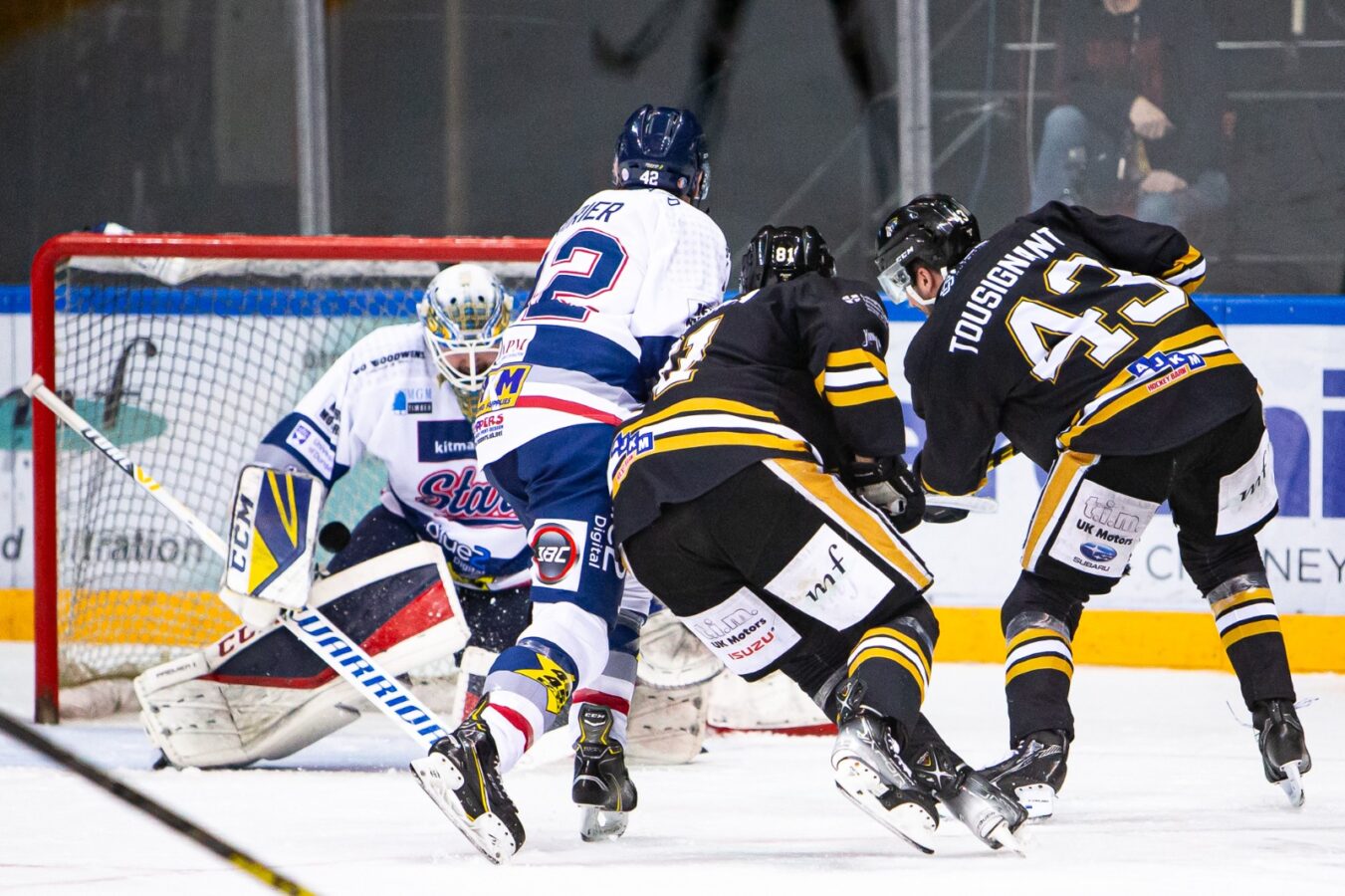 The Kitmart Dundee Stars claimed a point on the road as they battled hard in Nottingham and took the Panthers to overtime, but ended up on the losing side of a 4-3 result.

The Stars opened the scoring in the 18th minute, as a quiet first period came to an end and the goal came from a quick move up the ice.

A quick one-two sequence between Gabriel Desjardins and Charlie Combs allowed Desjardins to get in behind the Nottingham defence, before he calmly dispatched his shot between the legs of Kevin Carr.

However, Dundee’s lead would not last as at the halfway mark of the second period, a high shot from Taylor Doherty was saved by Stars netminder, Adam Morrison, only for the rebound to drop straight in front for Mathieu Tousignant.

With a man advantage, the Panthers forward then slipped a shot under the arm of Morrison, to make it 1-1.

As the rebound took Carr by surprise, the puck came out from behind him and there were chances for Combs and Desjardins, before Combs eventually found the twine from the right side.

Once again, there would be another goal two minutes later and the game would be tied once more, as Christophe Boivin grabbed the loose puck from between Morrison’s legs and stuck it in the net.

Then, two minutes after that, in the 37th minute, Oliver Betteridge gave the home team their first lead of the evening with a solo move, which culminated in a perfectly-aimed finish into the top right corner from close range.

The third game-tying-goal of the night would then come late in the third, as Dundee capitalised on a late powerplay to make it 3-3.

With Matthew Myers in the sin bin for slashing, it took just nine seconds for the Stars to capitalise, as Combs faked a shot before passing to the waiting Sebastian Bengtsson, who easily finished past the sprawling Carr.

The match was then forced into overtime, as neither side could break the deadlock for a fourth time, however, things unfolded very quickly in the extra period and a winner was found after just 59 seconds.

Boivin would secure his brace with a clinical low finish from the slot that found its way into the bottom left corner of Morrison’s net.

A valuable road point for Dundee was secured and an encouraging performance gave them something to build on, as they head down to Coventry on Sunday night for their first game against the Blaze this season.