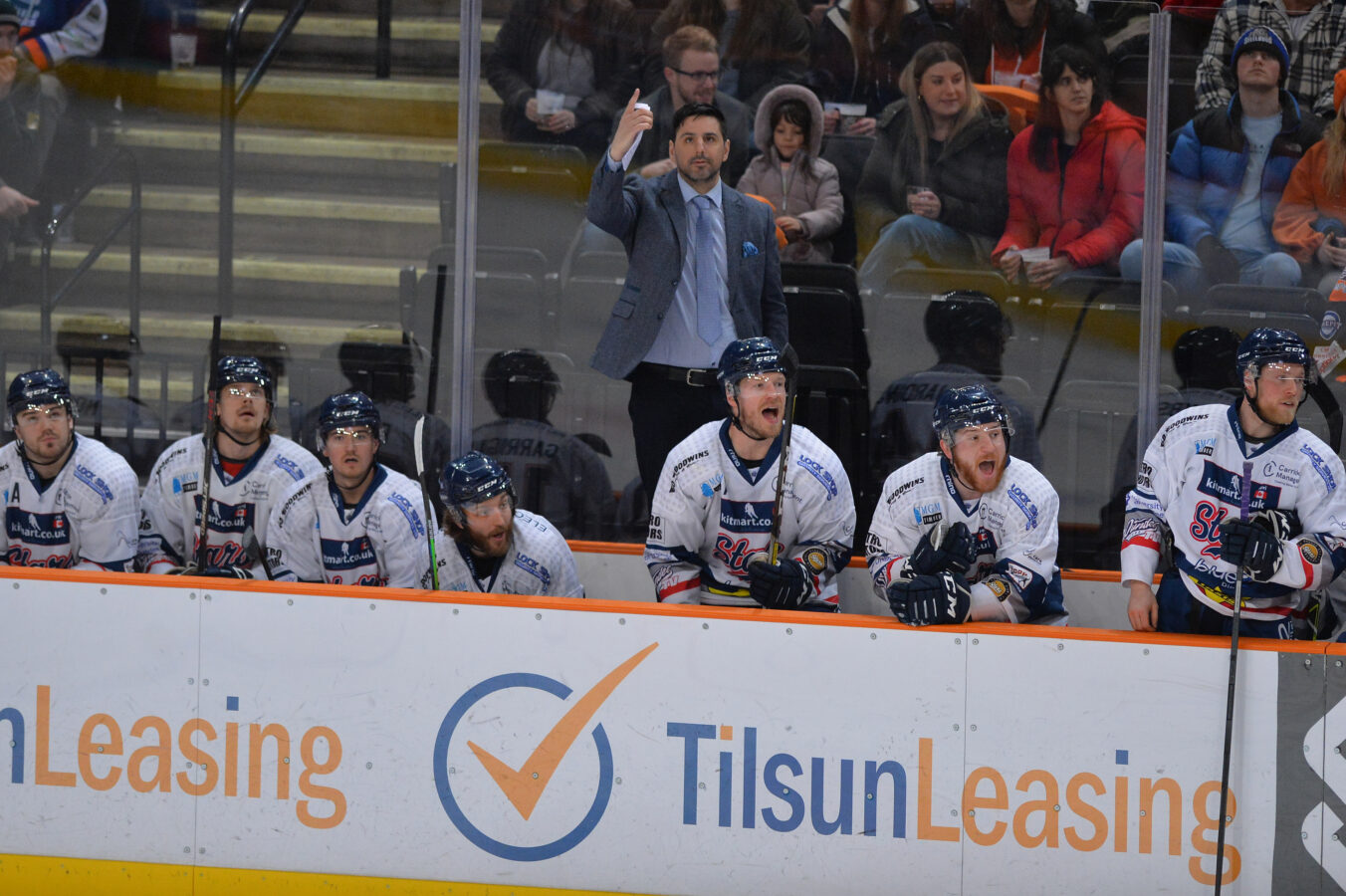 The Kitmart Dundee Stars made it back to back wins on the road for the first time this season as they came back late to force Sheffield Steelers into extra time, before taking the win via a shootout.

After the Stars usual starting goaltender, Adam Morrison was ruled out through injury, they were forced to start Brython Preece for the first time this season and it also meant a first call-up to the Elite League for Scottish youngster, Cameron Paton.

However, the Welshman got the best start he could have asked from his teammates as Dundee soared into a 2-0 lead after less than two minutes of play.

After just 56 seconds of play, the Stars leading point scorer, Charlie Combs had the puck in the back of the net, after he turned home the pass from Philippe Sanche.

Then, just 51 seconds later, Connor Sills controlled a loose puck and fired a shot into the top corner of Barry Brust’s net to put the Scottish side two goals to the good.

Although, the home side would respond by getting off the mark on six minutes, when Matias Sointu turned home the rebound of Vojtech Polak’s shot that had bounced off the leg pads of Preece.

However, the Steelers then had to make a goaltending change of their own as Brust picked up an injury in the eighth minute, which brought Rok Stojanovic into the Sheffield crease.

The Tayside team were still leading by one after the first period and would need to keep the same pace and tempo they had shown in the opening 20 minutes to stay ahead of the Yorkshire outfit.

Aaron Fox’s men then came out with a desire to test Dundee more in the second session and their early efforts soon paid off as Evan Mosey netted the equaliser on 26 minutes.

The British forward used all traffic in front of Preece’s goal to block the sight of the six-foot-five keeper and snuck a rising shot past him from distance.

Despite that blow, the Stars responded in less than two minutes to regain the lead and they did so through Gabriel Desjardins, who got on the scoresheet for the second game in a row.

The Canadian winger drove towards goal and got a very late touch on the pass from Combs to deflect it over the pads of Stojanovic.

Just as Dundee looked to be holding a one-goal lead heading into the break again, a pair of tripping penalties against Timi Lahtinen and Kalvis Ozols put the Stars down to three skaters.

Robert Dowd then cashed in twice to send the Steelers ahead for the first time on the night.

The Englishman’s first effort was a one-timer that beat Preece up high from mid-range and his second was from a similar position but it slipped through the grasp of the Stars keeper.

The third period would have less goals but still saw both teams battle hard to get the crucial next goal and it would not come until the 57th minute.

With just over three minutes left on the clock, Sills secured his brace and a point for the Stars by moving straight towards goal after winning the face-off and sending a quick shot in off the underside of the crossbar.

Overtime was then tightly contested by the two teams but still no winner was found and Dundee faced a final second blitz from the Steelers offence, but a heroic block by defenseman, Kyle Haas ensured the game would go on to a shootout.

In the first round of penalties,  both Sills and Sheffield’s John Armstrong were denied by the goalies, but then Sanche broke the deadlock to put Dundee ahead.

Sebastian Bengtsson and Polak both then found the net to turn up the intensity, but the next two shooters would then be denied as Combs and Sointu failed to produce.

Then stepped up Dillon Lawrence and the Canadian buried his effort past Stojanovic to seal the win for the Stars.

Omar Pacha’s men now have a chance to take a full four points from the Steelers as they host the same side again tomorrow in Dundee.