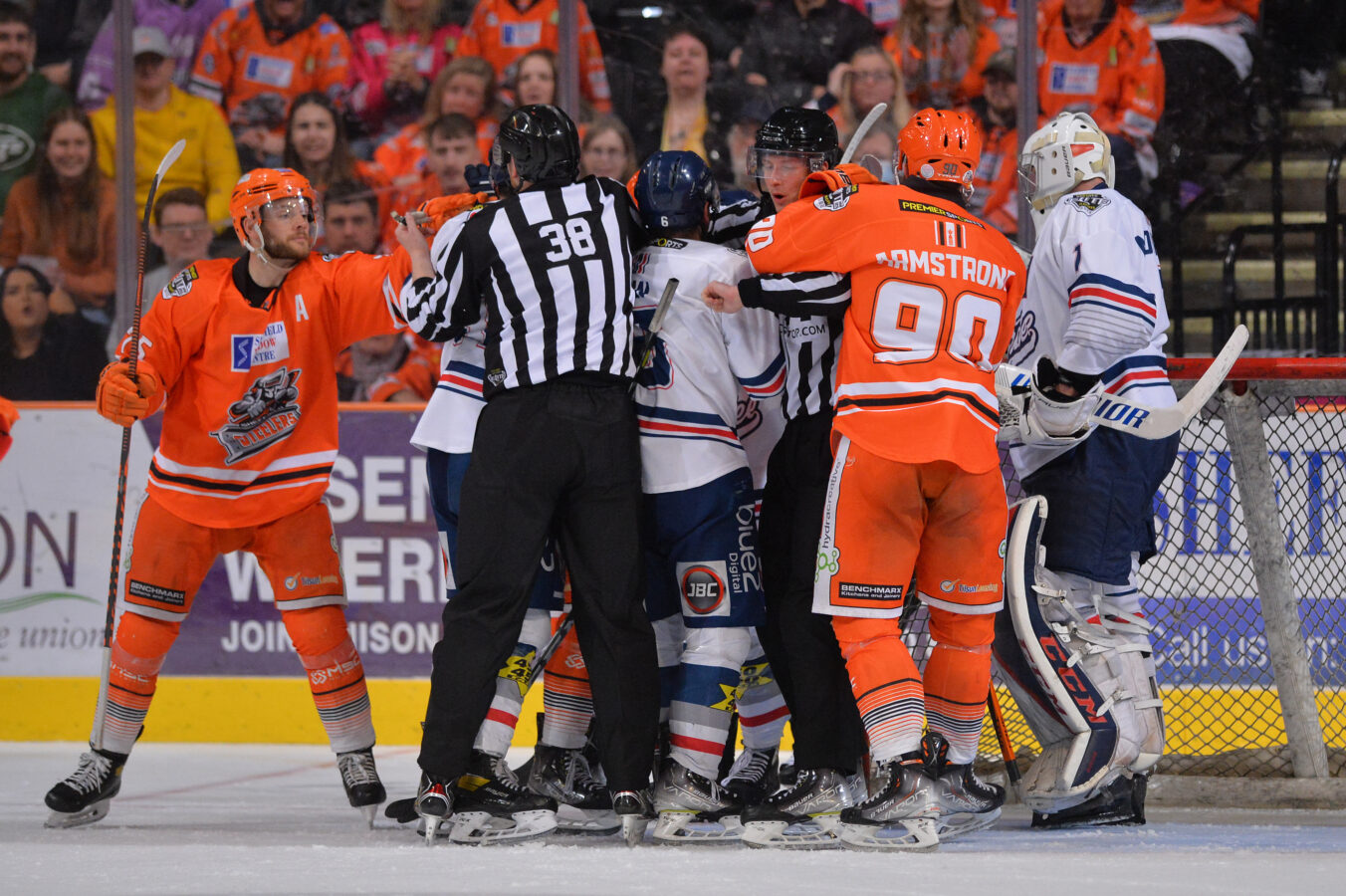 The Kitmart Dundee Stars faced Sheffield Steelers in the first leg of the Premier Sports Playoff Quarter-Finals on Saturday night and both teams were hungry to establish an early advantage.

Goaltenders, Barry Brust and Dundee’s Adam Morrison were both given the nod by their Head Coaches for the first leg in Sheffield and the Stars were only missing, spare important Quinn O’Brien.

There was a physical start to the match as both sides laid some hefty hits in the opening minutes and neither team wasted any time in testing out the netminders. 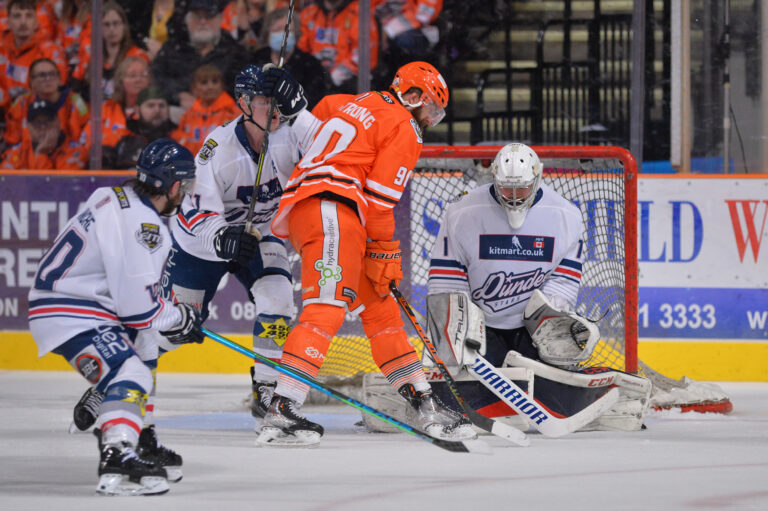 Both Brust and Morrison were heavily relied on throughout the opening period, with numerous close calls at either end of the ice, however no one had the little bit of luck they needed to finish off any of the dangerous chances.

Charlie Combs, Philippe Sanche and Alexandre Ranger were the three Stars players who stood out for their offensive generation, but the one moment of the opening 20 minutes that got fans on their feet was when Dundee’s Kyle Haas and Sheffield’s Sam Jones dropped the gloves and charged at each other.

Although, their scrap did not last long as the pair collided and quickly fell to the ice whilst tussling and were given two-minute penalties for their antics.

In the second period, there would still be no change to the scoring as the Stars and Steelers remained locked in a stalemate, but it was not from a lack of trying as both clubs again had an abundance of opportunities to hit the net.

There would also be powerplay time for each team in the second period, but even short-lived man advantages would not help to break the deadlock.

Shifty forwards, Combs and Caly Robertson had the two best chances of the middle stanza, as Combs saw his pair of shots saved by Brust, before Robertson was denied from close-range. 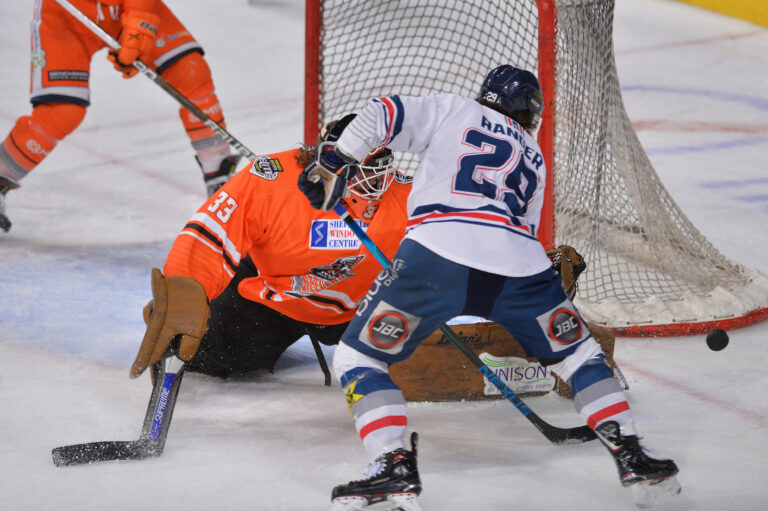 The third period would keep fans on the edge of their seats as Dundee and Sheffield hunted that first goal that could give either side a crucial advantage going into tomorrow’s second leg in Dundee.

However, the fans were made to wait until the 58th minute for the opening goal and it went the way of the visitors, as the Stars took advantage of a scrambling Steelers defence to take the lead.

Combs had made a crucial play to give the Stars the chance they needed, as he delivered a hit that took two Sheffield players out of the play and Timi Lahtinen then took the puck out of the corner and moved towards goal.

The Finn then looked up and saw Sebastian Bengtsson unmarked at the back post and the Swede calmly shot Dundee into the lead.

Omar Pacha’s men then defended their narrow lead for the final few minutes and made sure they held onto it for tomorrow’s second leg. 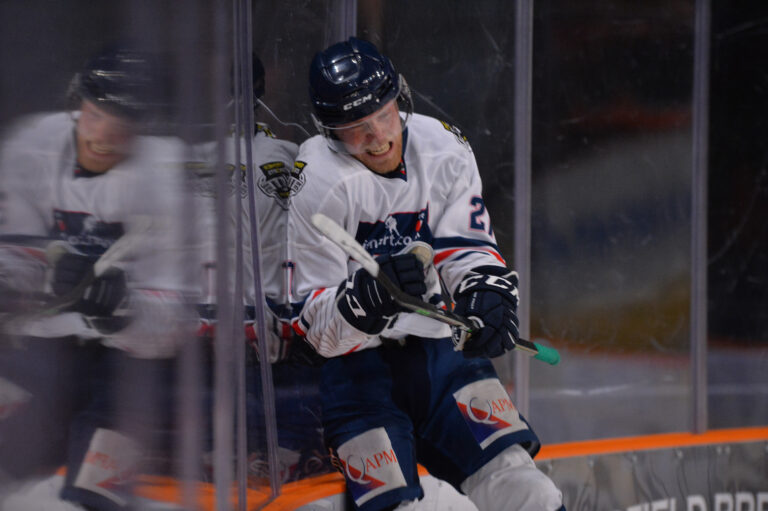