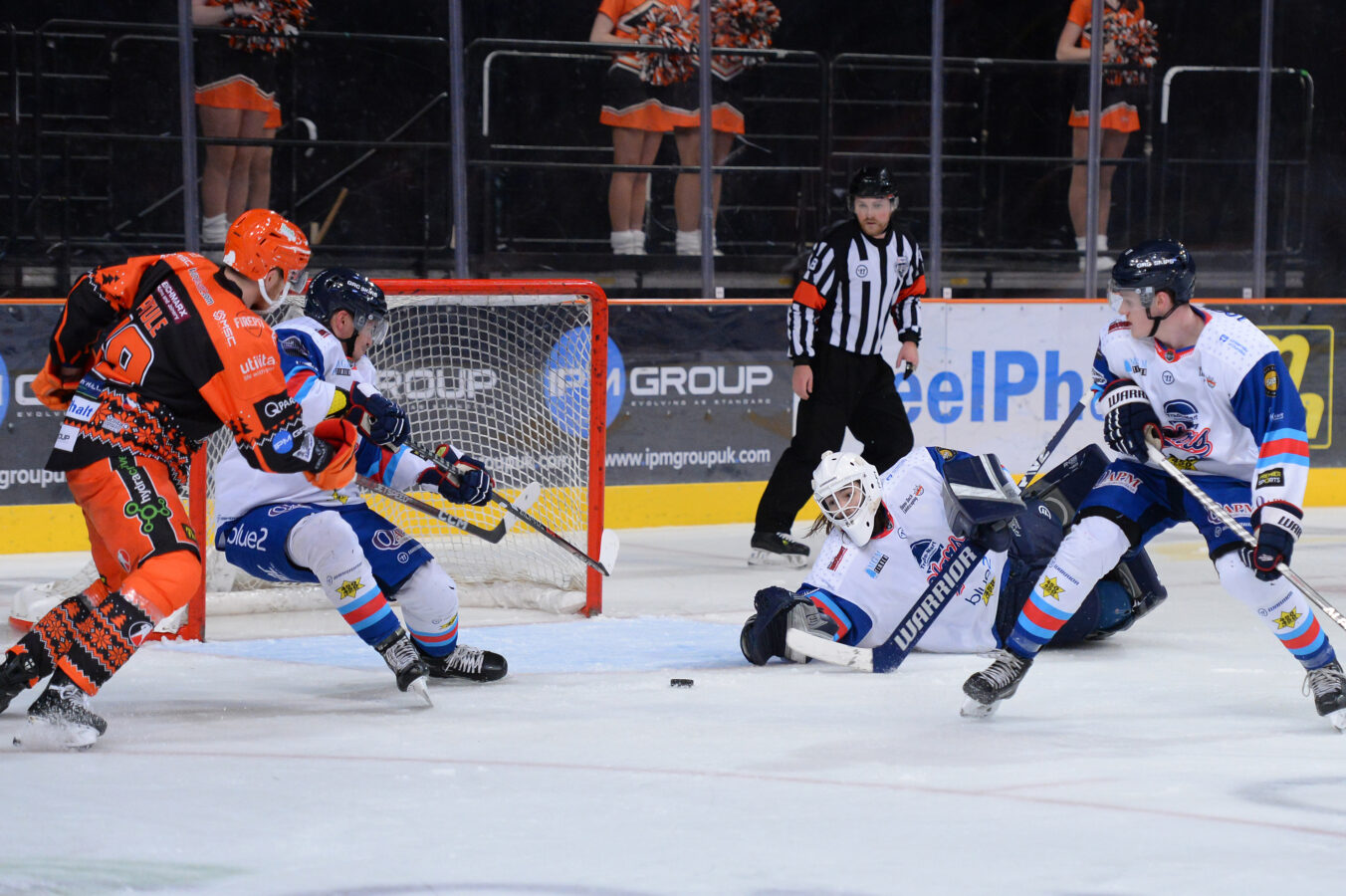 The Trade-Mart Dundee Stars were in Sheffield on Wednesday night and were looking to extend their unbeaten run on the road against the Steelers to four games, but also for two points that would move them back into the playoff spots.

The Stars were boosted by the return of forwards, Philippe Sanche and Jonathan McBean to their line-up but were still missing Ben Brown, Hugo Reinhardt and Chris Lijdsman, all through injury.

Although, the Stars were not up for sitting back and playing defensive all night, and they would push forward before gaining an early man advantage when Sheffield’s Niklas Nevalainen tripped up Carter Folk, to put the visitors on the powerplay after only 48 seconds of play.

Dundee would be unable to score through nearly of their powerplay and with only nine seconds remaining on the penalty, Brandon McNally picked up another minor for Sheffield as he ripped off Philippe Sanche’s helmet, giving the Stars a brief two-man advantage. 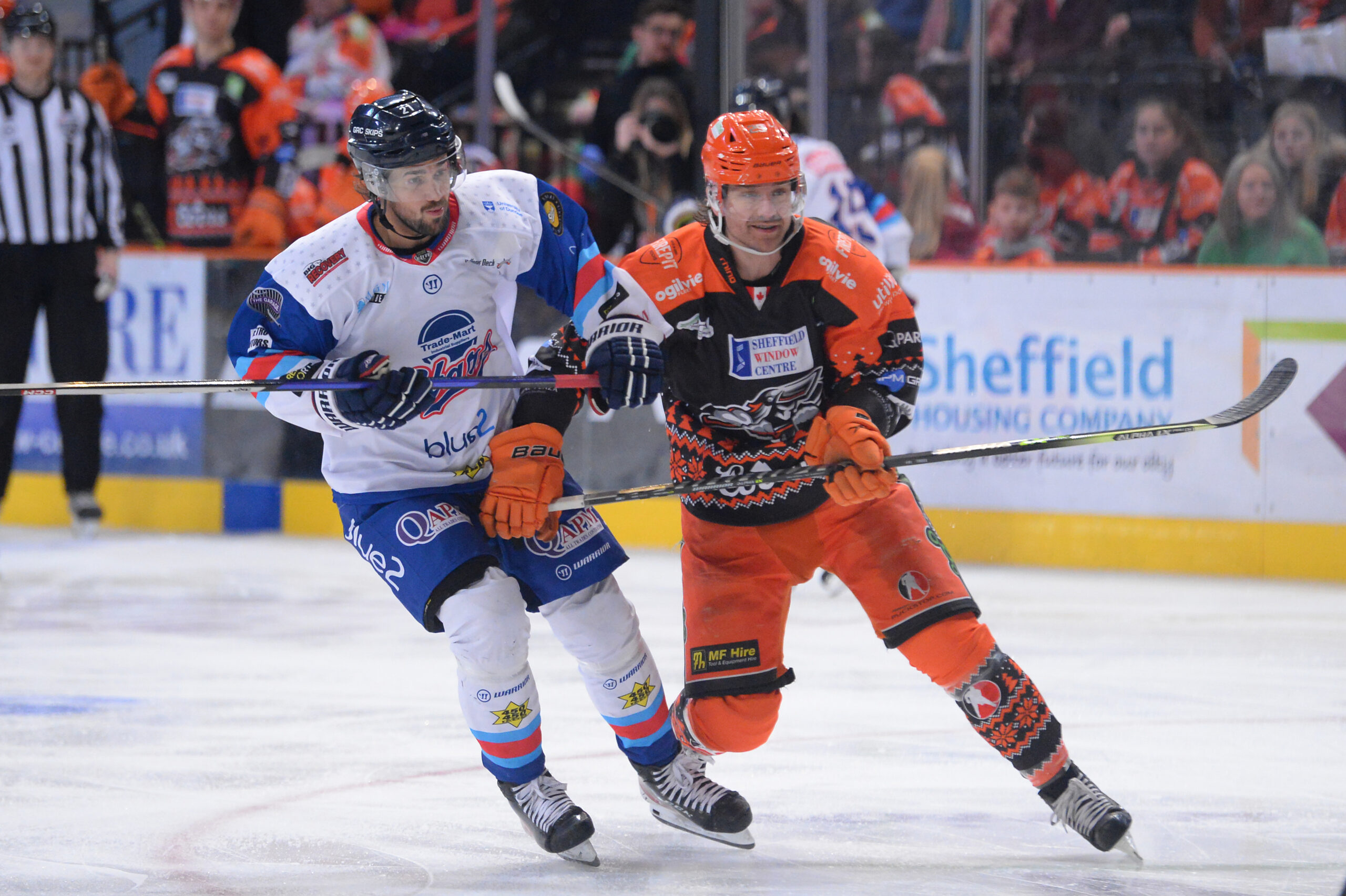 However, just six seconds later, Ben Sokay put the puck into the Steelers net with a quick wrist shot from the right side, but Dundee would not be able to capitalise on the second penalty and the home side would draw level in the 10th minute.

Defender, Sam Jones would attempt a long-range effort but before it could reach the Dundee goal, Evan Mosey got a touch to redirected the puck down and past goalie, Anton Svensson.

Aaron Fox’s men then started to apply more and more pressure to the Dundee defence, which resulted in a second goal for the home team, just 49 seconds after they netted their first.

Sheffield’s second goal came as Brett Neumann broke through on goal and despite pressure from Dundee defenseman, Ryan Verrier, Neumann still managed to get a enough on the shot to send the puck goalward and it would just slip between the legs of Svensson, before crossing the line and that left the Stars goalie frustrated that he did not keep it out.

With the play still being controlled by the Steelers, they would then make it 3-1 in the 17th minute, as Tomas Pitule tipped Mosey’s shot past Svensson and the Yorkshire club would take their two-goal lead into the first break. 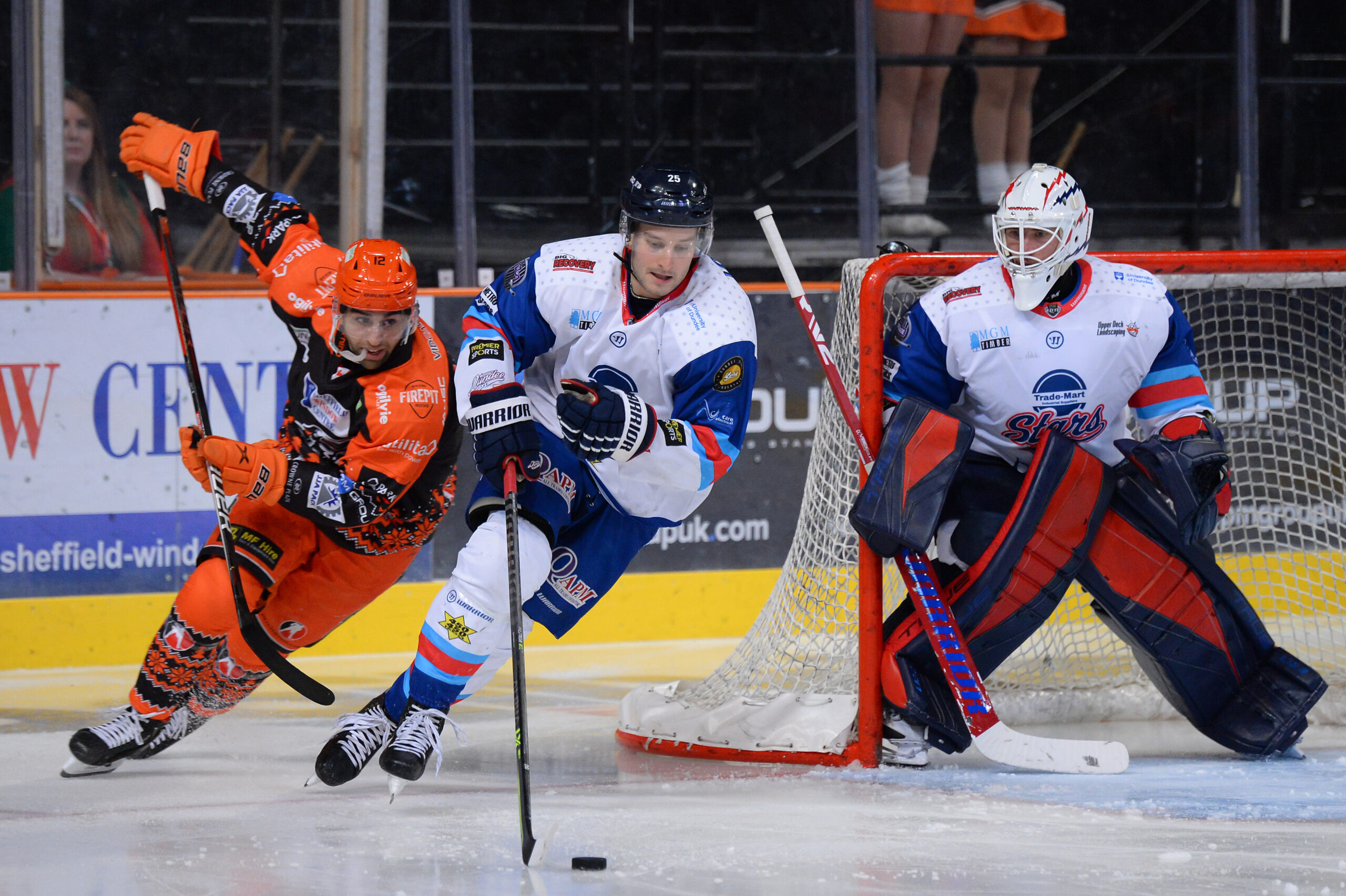 Then just four minutes into the second period, Jonathan Phillips would add a fourth to end Svensson’s night, as he was substituted for Brython Preece, but Verrier would then pull one back for Dundee as he cut down towards the goal line, before shooting between the legs of Greenfield.

However, Brandon Whistle replied immediately for Sheffield as he beat Preece with a quick shot into the top left corner of the Stars net, but Jeff Mason’s men would find another way to cut into the Steelers lead in the final minutes of the middle session, as Romans Semjonovs finished off a loose puck with a backhanded finish, to make it 5-3.

In the third period, the home side continued to find the net in swift fashion as Robert Dowd converted his one-on-one chance in the 42nd minute and then Mason Mitchell deflected a seventh goal in.

Although, the Steelers then fell into penalty trouble and that could have proved costly for them as the Stars capitalised on another powerplay, with Ian Parker tipping Sanche’s shot past Curtis Warburton, who had come in for Greenfield at the start of the third.

Two more goals in as many minutes soon stopped the Stars revival charge, as Nevalainen and Scott Allen added their names to the scoresheet and that would be the end of the scoring in a 9-4 defeat for Dundee, who next play on Boxing Day when they host Fife Flyers. 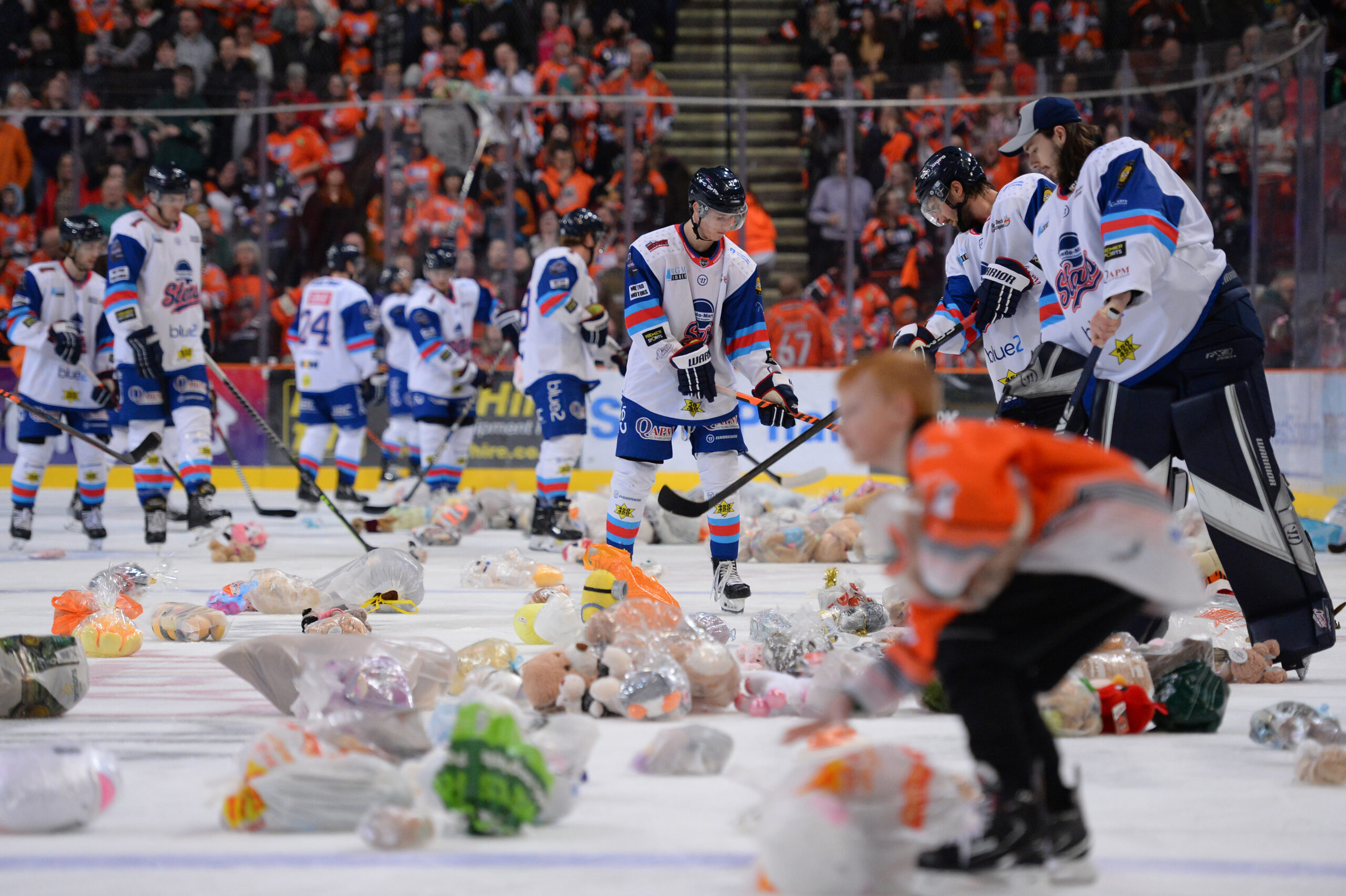