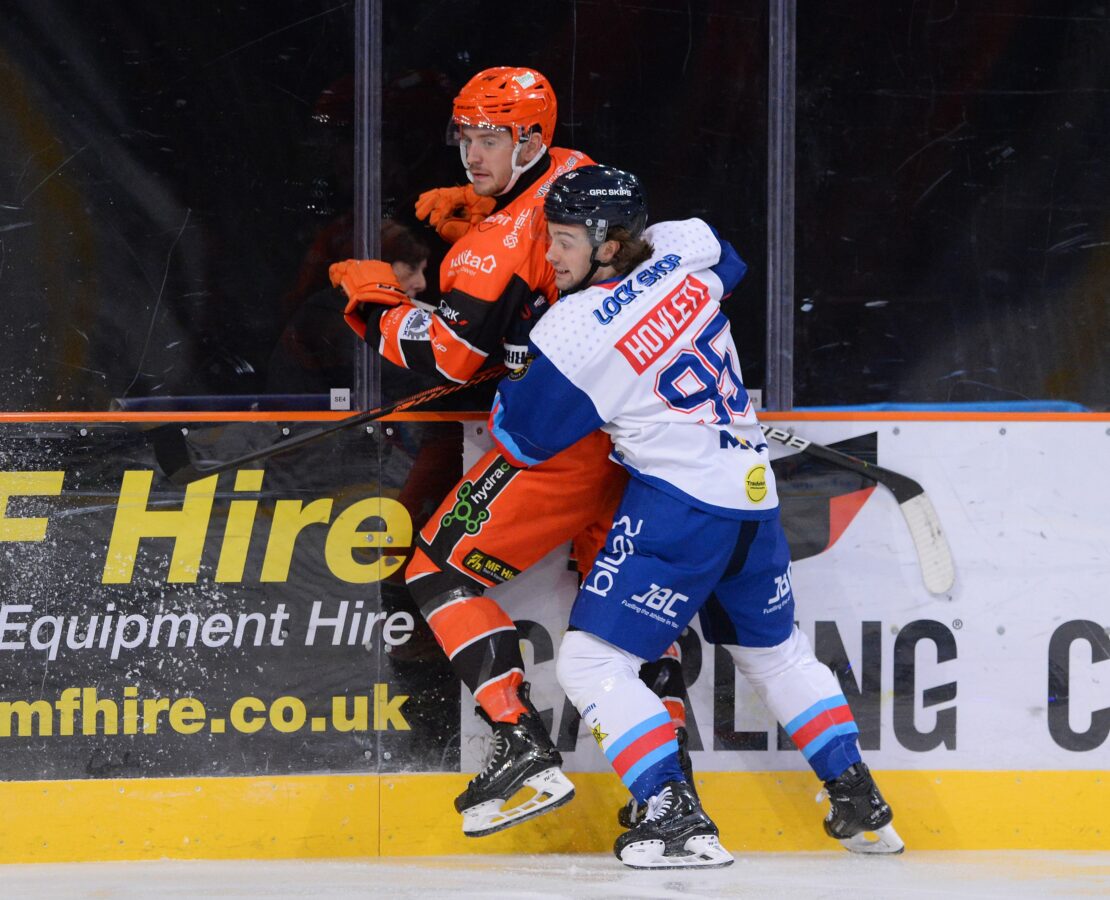 The Trade-Mart Dundee Stars produced a stunning road win over Sheffield Steelers on Wednesday night, as they upset the league leaders with a defiant defensive performance that saw them extend their winning run to three games.

The Stars once again had a full line-up but had to leave injured imports, Ben Sokay and Colin Joe back in Dundee, although they still came out and played with a high intensity during the first period in Sheffield.

After the opening 20 minutes, the game would still be goalless but there had been a number of clear-cut chances for the Stars to take the lead and they had done well to not gift the Steelers any of their own opportunities.

In fact, the Stars defence had stood strong to block a number of shots and intercept dangerous passes to keep the home side off the scoreboard, but at the other end, Ian Parker, Philippe Sanche, Romans Semjonovs and Elijiah Barriga each came close to putting Dundee into the lead.

Sheffield had also failed to capitalise on the only powerplay of the first period, as Dundee’s Carter Folk was punished for an elbowing foul in the 7th minute, but in the second session the English club would net a powerplay goal.

However, it was not before the Stars took the lead through captain Fabrizio Ricci in the 23rd minute, when he took a backhanded pass from Toms Rutkis and slung it past Matthew Greenfield, with no traffic in front as the Steelers defence was caught scrambling.

Although, Aaron Fox’s powerplay unit would draw the home team level just over two minutes later, as Danny Kristo’s initial effort was partially stopped by Dundee goalie, Anton Svensson but the puck would slip through the grasp of the Swede and lay behind him, where Martin Latal swiftly reacted to poke home the equaliser.

Both teams then fell back into the evenly-matched and hard-working battle of end-to-end hockey, but the visitors soon got their first man advantage of the night, as Latal caught Dundee’s Drydn Dow with a high-stick, but Jeff Mason’s men could not re-take the lead before the end of the middle stanza.

However, the Steelers had almost got their first lead of the night in the dying minutes of the second period, as Brandon Whistle shot past Svensson but the goal would be disallowed after Sheffield’s Mason Mitchell landed on the Stars keeper, as the shot was taken and referees Liam Sewell and Tom Pering ruled no-goal after a video review.

In the third period, Dundee made another quick start and regained the lead through Carter Folk on 44 minutes, as the Canadian broke through one-on-one with Greenfield and despite the Sheffield keeper getting a piece of Folk’s first effort, the puck trickled through behind him for the Dundee forward to push home.

The Steelers then had another powerplay in the 52nd minute as Ian Parker was punished for tripping but they continued to be frustrated by the Dundee defence and the tensions would run high right down until the final minutes.

With less than two minutes left on the clock, Fox used his timeout and pulled his goaltender but even with an extra attacker, Sheffield still could not break down the Stars and they bravely protected their lead and put their bodies on the line, with the final buzzer bringing the reward of two more points.

A third win in a row and consecutive road wins have pushed Dundee up to sixth in the Elite league table and they can continue their good form away from home this weekend as they visit Manchester Storm on Saturday and Guildford Flames on Sunday.