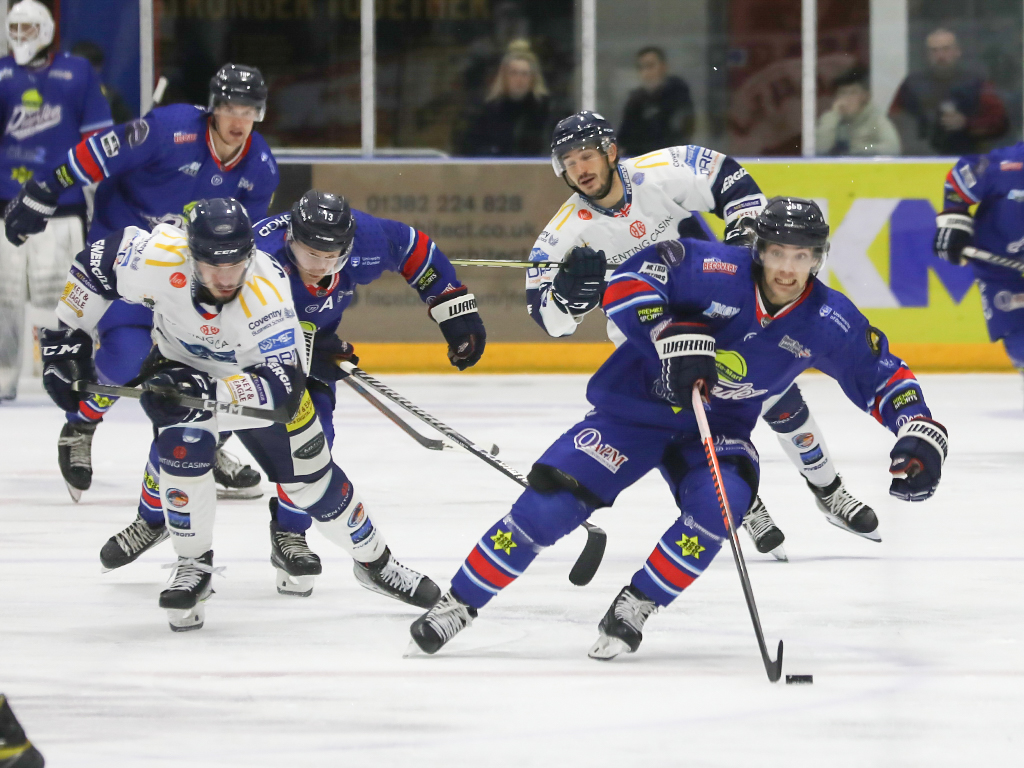 The  Trade-Mart Dundee Stars suffered defeat at home against Coventry Blaze as hosted the West Midlands club for the first time this season.

On Saturday night, the Stars found themselves behind after just 19 seconds, when Nathanael Halbert beat Dundee goalie, Francis Marotte with a fast and accurate finish off the underside of the bar.

The Blaze then continued to blitz the Stars defence and soon added a second goal on four minutes, as David Clements effort found its way through traffic before hitting the back of the net and four minutes later, Marly Quince would bury a cross-goal pass to capitalise on a five-on-three powerplay for the visitors, making it 3-0.

Danny Stewart’s side would not let up and in the 14th minute, they extended their lead to 4-0 as Peyton Frantti found a way past Marotte from the slot and that prompted Jeff Mason into a goalie change, as Brython Preece entered the game.

Dundee would have a few chances of their own but could not cut into the 4-0 lead before the end of the first and in the second period, they again fell victim to an early goal as Johnny Curran got clean through and fired past Preece, just 38 seconds after the restart.

Just moments later, Ian Parker then dropped the gloves with Frantti as the six-foot-nine-inch tall forward tussled with the Blaze forward in what was a quick bout, due to the height miss-match.

Dundee would finally prevent the shutout as Philippe Sanche got them on the board with a quick goal, 24 seconds into the third period, as the puck deflected in off the Canadian as he got tied up at the net front.

Jeff Mason’s men now head to Guildford to battle with the Flames and look to end their six-game losing skid and will do so with a full selection of imports available. 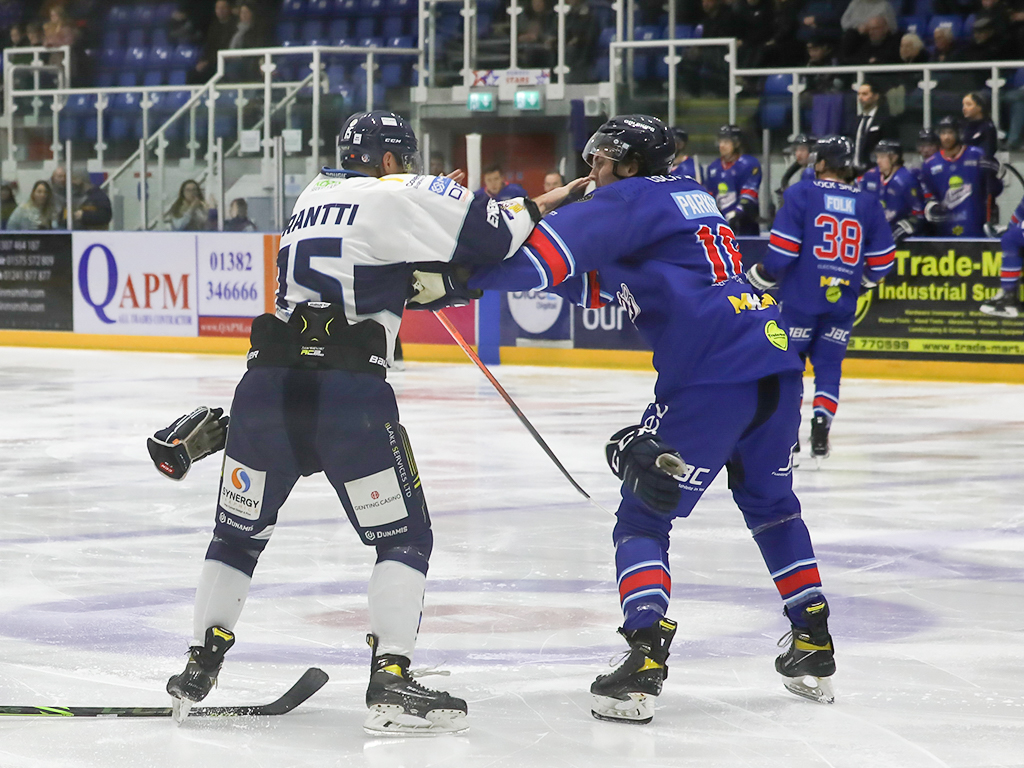