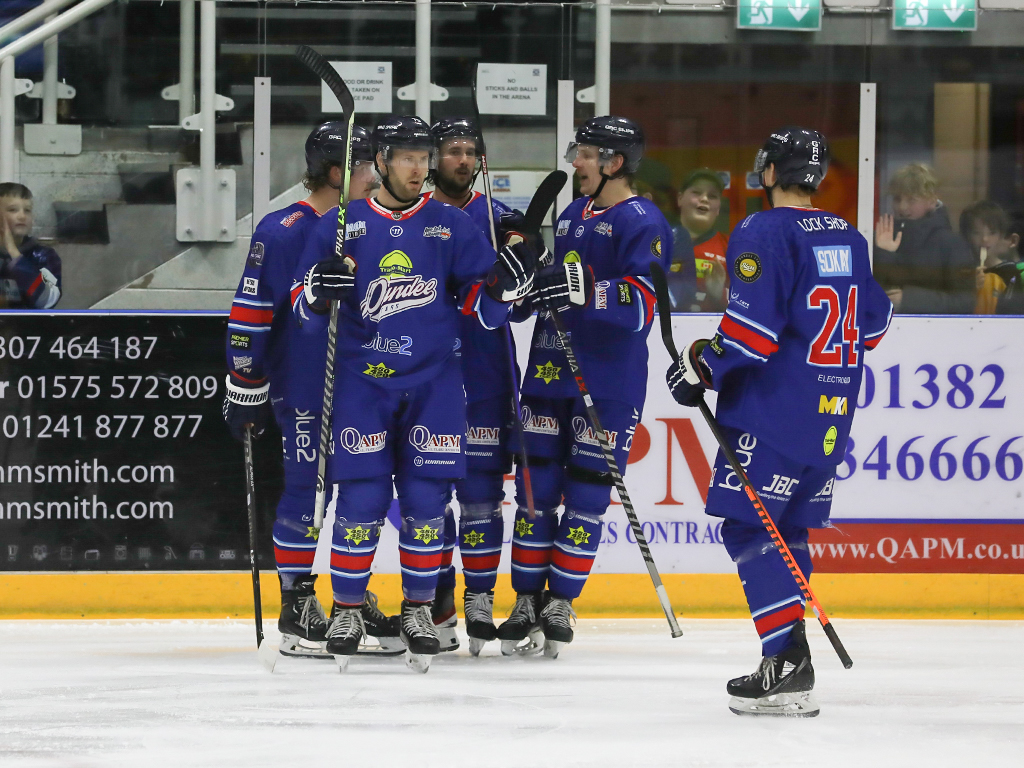 The Trade-Mart Dundee Stars hosted their bitter rivals, Fife Flyers in the traditional Boxing Day Tayside Derby and both sides were in much need of a win and two points.

The Stars were boosted by the return of Ben Brown and Chris Lijdsman to their line-up, with only Hugo Reinhardt missing out through injury and they faced a similarly strong Fife squad.

The opening period would provide no goals but a lot of physical play as each team tried to settle into the game without making any mistakes and there would be an opportunity for both teams powerplay units to try and break the deadlock.

Dundee’s man advantage would carry over into the second period, but it would be after it expired, when Jeff Mason’s men opened the scoring.

Inside the 25th minute, Stars forward, Johan Eriksson had all the time and space he needed in the Flyers zone to cut inside to the middle and beat Shane Owen with a quick release that flew past the Fife keeper on his right side. 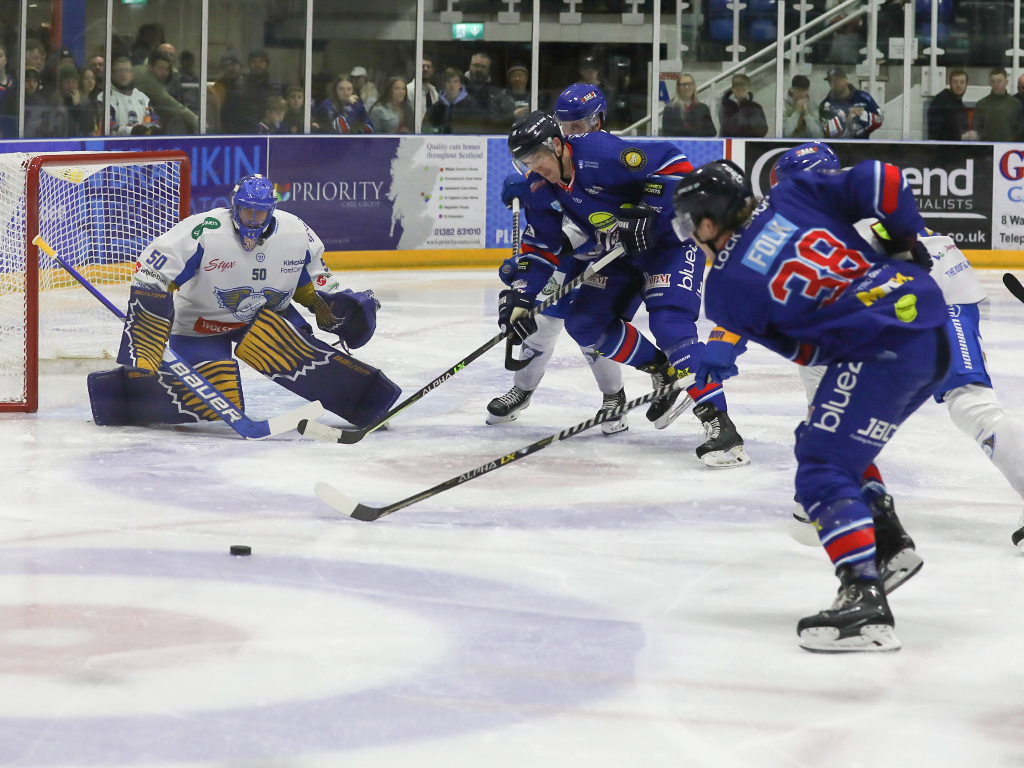 The Stars would then put their opponents under heavy pressure but could not extend their lead, even with a few more chances on the powerplay and that allowed the Flyers to keep themselves in the game.

Then, in the 35th minute, Todd Dutiaume’s side found a way to even the score, as Janne Laakkonen cut a Dundee pass out of mid-air to keep a Flyers attack alive and onside.

The Finn then picked out his teammate and fellow countrymen, Janne Kivilahti who hit a quick shot on target and the puck just squeaked through the legs of Anton Svensson, before crossing the line.

The second session also ended with neither side in front, but the Kirkcaldy club quickly found the go-ahead-goal in the third period, as Jonas Emmerdahl got in close, before lifting his shot up and over the shoulder of Svensson.

Although, the Stars were able to answer right back and just 76 seconds later, Ben Sokay made it 2-2, after he and Cater Folk broke down the ice with a two-on-one advantage, but instead of passing, Sokay picked out the top corner of Owen’s net. 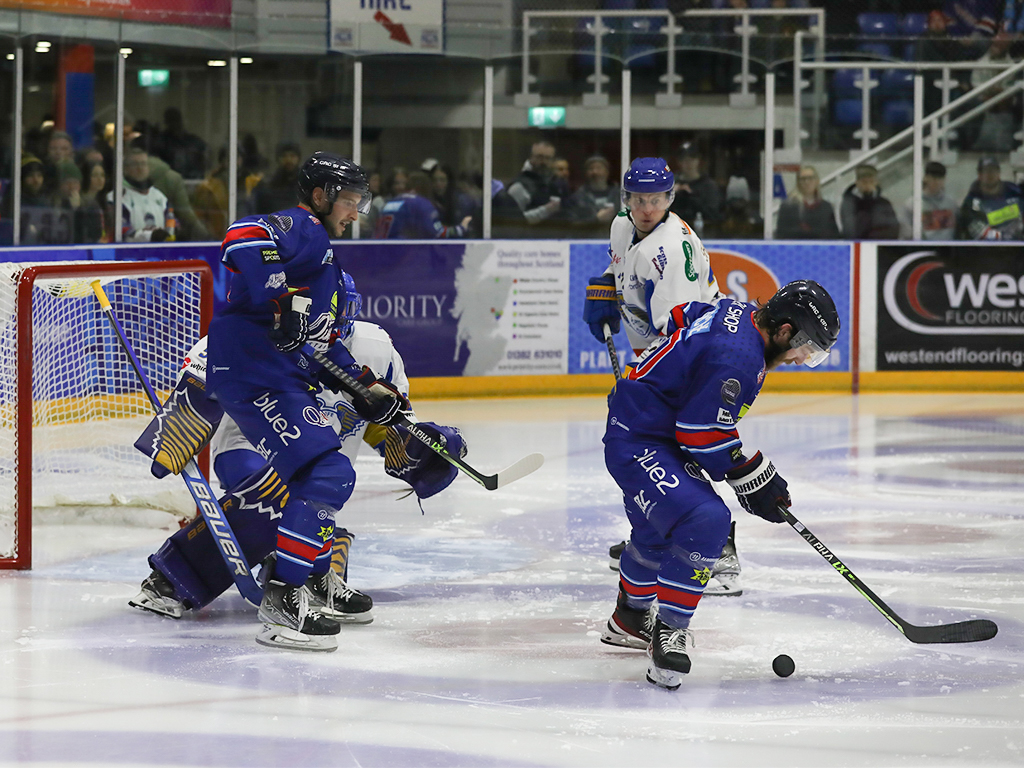 The game then became very tense as the fight for the next goal heated up and both teams were pushing hard to get a lead, which eventually came and the hosts would regain the advantage, as Ryan Verrier’s low and long-range strike beat Owen down low, to restore the Stars lead.

Dundee would then have to defend their narrow lead until the very end as Fife pushed hard to tie the score once again, but as they threw everything at the Stars, they took a penalty with just over a minute to play and that killed their momentum.

The Stars would take the first set of two points and move back into the playoff spots, but these two will do it all over again in just 24 hours, as they meet in Kirkcaldy on Tuesday evening. 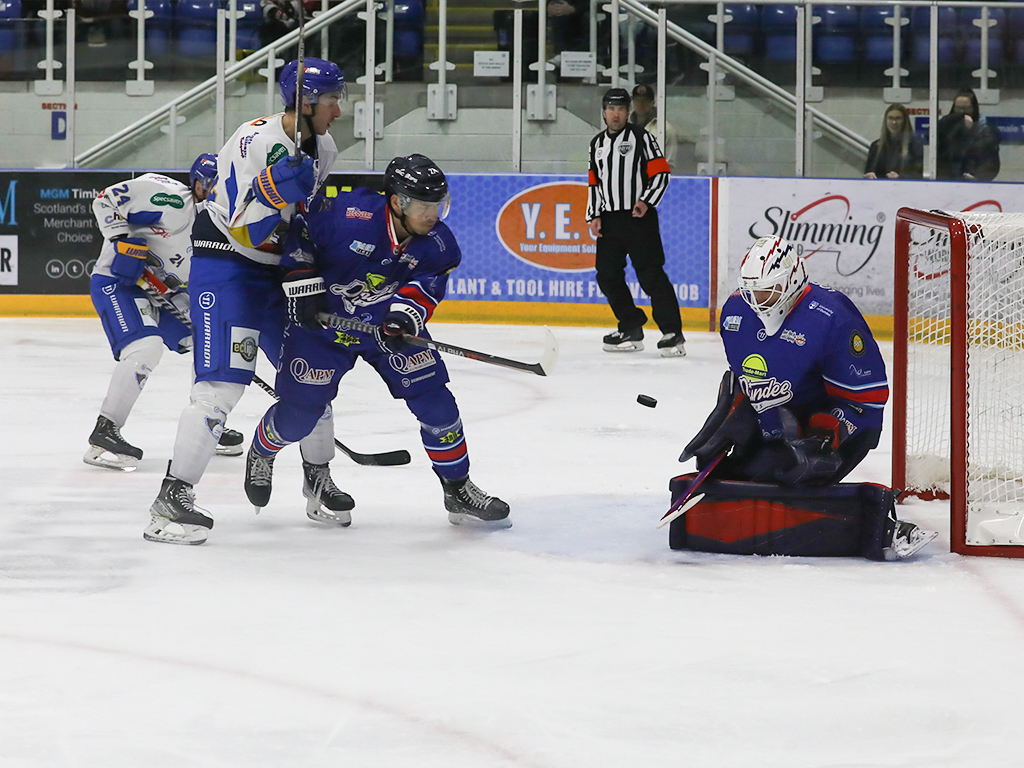