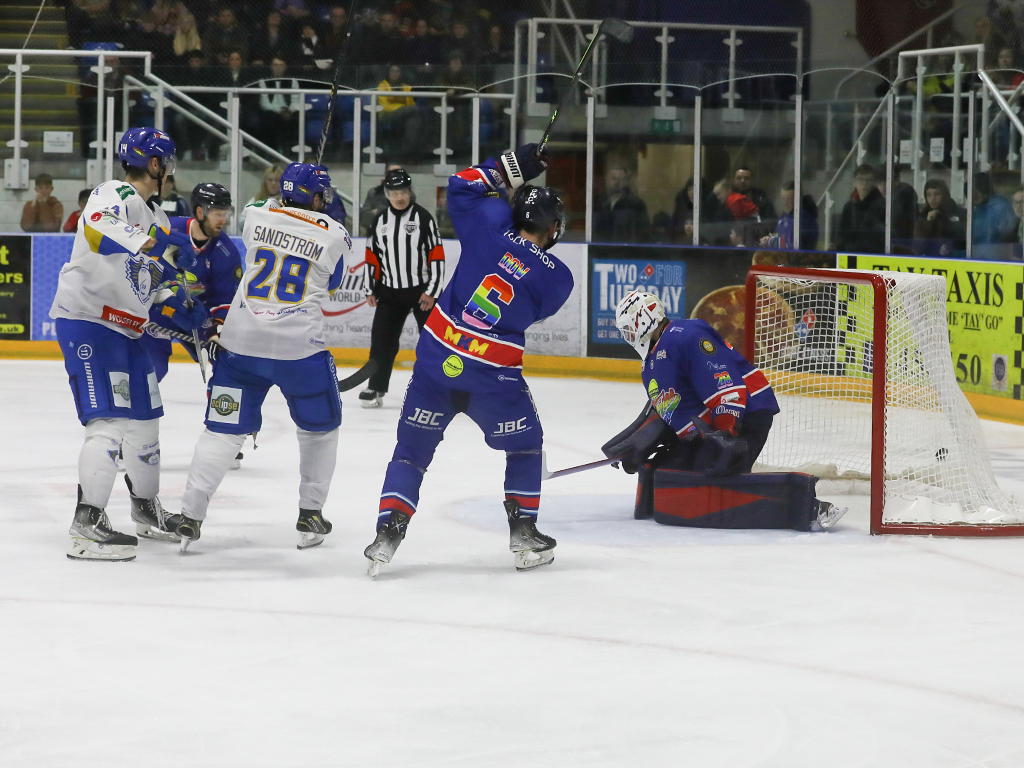 The Trade-Mart Dundee Stars welcomed their oldest rivals back to the DIA for another league clash in the Tayside Derby and both sides were in need of a win, where two points would put them up into the playoff spots.

Last night, the Stars welcomed their oldest rivals back to the DIA for another league clash in the Tayside Derby and both sides were in need of a win, where two points would put them up into the playoff spots.

A full Stars line-up met the Flyers who travelled across the Tay Bridge without James Spence, ex-Stars captain, Chris Lawrence and their Head Coach, Todd Dutiaume, who was unable to be with the Flyers team this weekend due to family reasons.

The first period opened with both sides eager to score and Fife were instantly given a chance to silence the Stars crowd as they went on the powerplay after just one minute, with Dundee defenseman, Chris Lidjsman taking a tripping penalty.

Although, the visitors could not open up an early lead and they then had to fight off a period of pressure from Dundee but Shane Owen backstopped the Kirkcaldy club well and kept the game scoreless.

There would be a pair of brief man advantages for each club before the end of the opening stanza but the two rivals remained tied after 20 minutes and were exactly level at 11 shots on goal each heading into the second.

In the middle session, the puck was going from end to end as either team pushed hard for the opening goal but eventually the Flyers generated a period of momentum and finally broke the deadlock, just after the halfway-mark.

With the home side under pressure and fending off numerous attacks, one eventually slipped through the Dundee defences and Brayden Sherbinin’s deflected effort would be turned home by former Star, Dillon Lawrence, as he tipped the shot past goaltender, Anton Svensson.

Jeff Hutchins’ men were then quick to double their lead as just two minutes later, Lawrence struck again as he rifled his shot off the underside of the bar and it came whilst the Flyers were on a powerplay after Dundee’s Ryan Verrier had been charged with roughing.

The Stars had pushed back late in the period, amping up the physicality levels but they were still down by two heading into the third period and they came out fighting, but penalties would hamper their efforts to get back into the match.

It all started with Carter Folk and Fife’s Reece Harsch dropping the gloves and the Stars man got the better of his opponent but in the coming minutes Dundee’s penalty box would fill up as four more players were boxed for minor penalties.

The Flyers would have two full five-on-three powerplays and after failing to take advantage of their first attempt, Zack Phillips would convert on their second go as he smashed home a cross-ice pass.

Jeff Mason had been displeased with the calls from the officials but his side finally got off the mark in the 58th minute as they converted on their own powerplay, with Ryan Verrier’s long-range effort going off both posts before landing in the goal.

The Stars had scored with goaltender, Svensson pulled for an extra attacker and they gambled again after the restart but Flyers forward, Kamerin Nault’s shot would be deflected into the Dundee net to end the night’s scoring at 4-1 to Fife.

A disappointing weekend for Dundee came to an end with the Tayside team now on the foot of the Elite League table but they have a full-week to preapre for their next game as they welcome, Cardiff Devils to the DIA next Sunday. 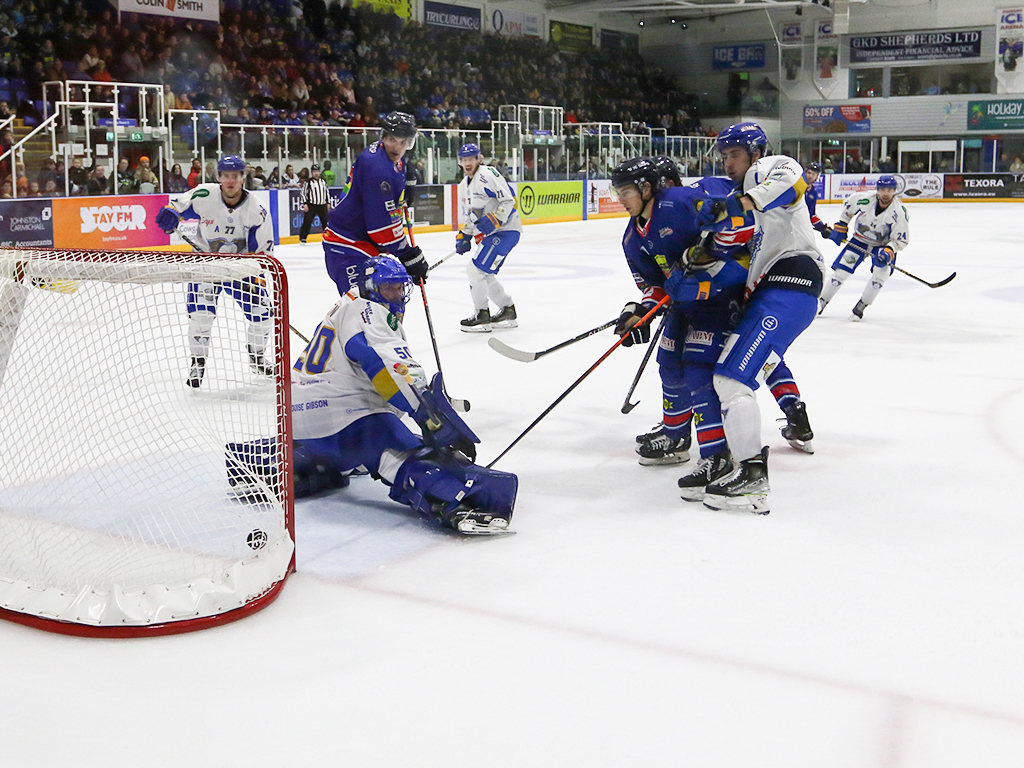