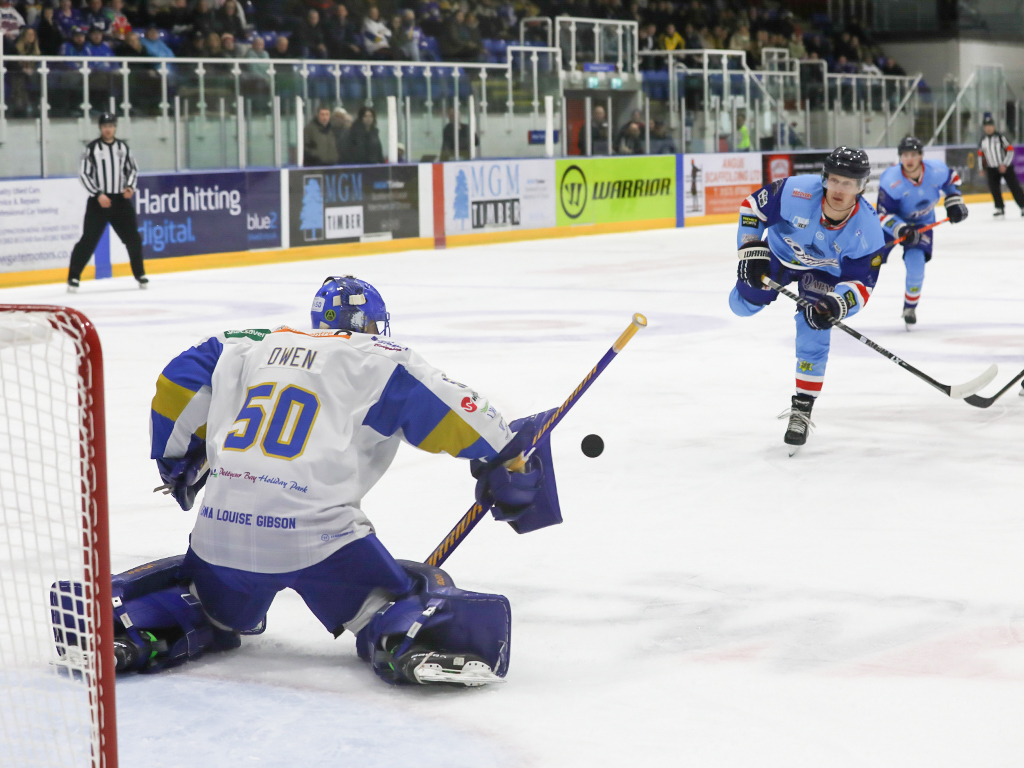 On Wednesday night, the Trade-Mart Dundee Stars began their pursuit of a place in the Challenge Cup Semi-Finals at home I n the first leg against their bitter rivals, Fife Flyers and were looking to reach the final four for the first time in club history.

Both sides had to compete for a lead to take over to Kirkcaldy without key players as Dundee iced without Hugo Reinhardt, Ben Brown and Jonathan McBean.

The game began with both sides hungry to play a physical game and not give their opponents an easy night but that mentality was quickly set aside as Dundee had to defend an early penalty with defenseman, Erik Näslund being punished for a holding foul in the second minute.

With the Flyers on the powerplay, blueliner Christian Hausinger stepped up to fire the Fife into lead as his high shot took a deflection as it passed through a number of bodies before landing in the Dundee net.

The intense rivalry atmosphere soon set in and both teams began playing with a lot more aggression but again the physical play would be put on hold as the visitors doubled their lead in the 12th minute, forcing Jeff Mason to use a timeout to settle down his Stars side. 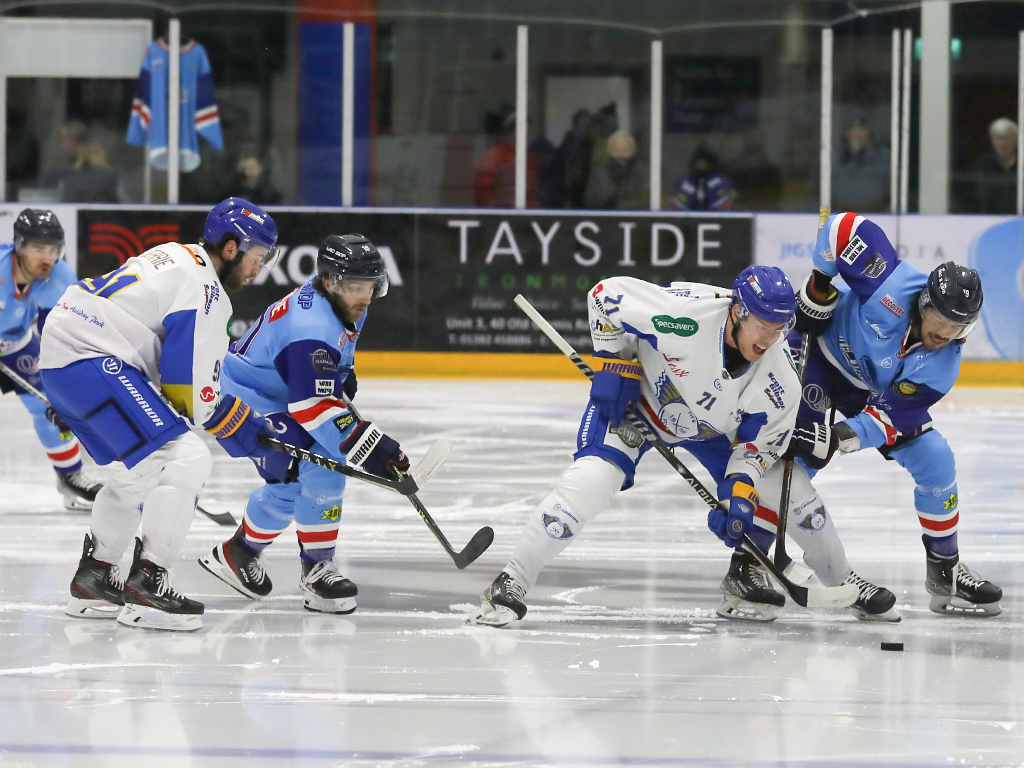 Debutant, Blackburn would net his first goal for Fife as he reacted quickest to a blocked pass that dropped straight in front of the Stars goal and the Canadian left Anton Svensson with no time to react.

However, Dundee had found a more productive approach after their timeout and Swedish winger, Johan Eriksson got them back within one goal just 27 seconds after the Flyers had made it 2-0.

A similar finish to Blackburn’s but Eriksson would receive a perfectly placed pass from behind the goal and whack it straight past Shane Owen from between the face-off circles.

The high aggression levels would return near the end of the first period and Dundee suffered from it as a late call against Carter Folk for roughing put them down a man and the Flyers would let their powerplay carry over into the second period.

The Stars did survive the penalty and soon tied the game as Philippe Sanche slipped the puck between the legs of Owen on 27 minutes, but they would be made to rue some missed chances after hemming in their rivals with long periods of pressure.

With less than three minutes remaining in the second session, the Flyers combined luck and persistence to regain the lead as Zach Philipps saw his powerful shot rattle off the underside of the crossbar and spring back out into play, but Hausinger was closing in and smashed home the rebound for his second of the night.

The American then completed his hat-trick exactly one-minute later as he rushed in behind the Stars defence to catch up with a loose puck and he smoothly dispatched his shot past Svensson, to make it 4-2.

In the third period, Dundee came out swinging, just as they needed to and quickly got the game tied again, with Sanche’s long-range effort going in off the crossbar to capitalise on a powerplay in the 44th minute. 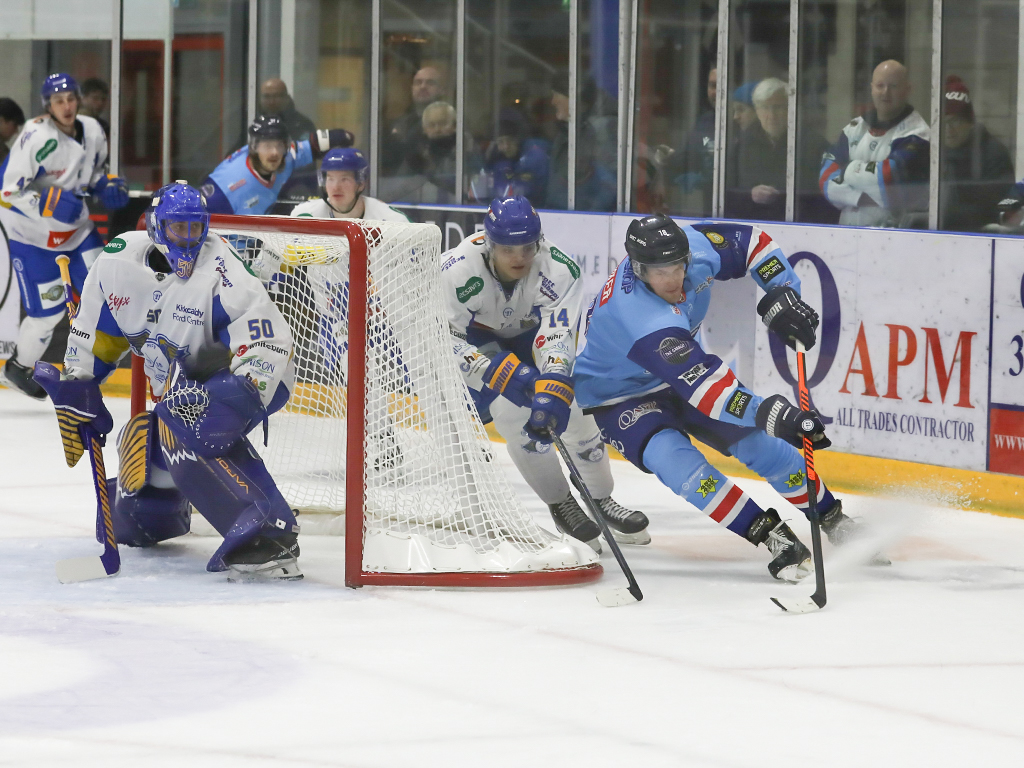 Mac Howlett then added his name to the scoresheet as he redirected Colin Joe’s shot past Owen on 49 minutes and with just over three minutes remaining, they added a fifth to take the lead.

Although, Ian Parker’s goal would be disallowed after a video review with a Stars player deemed to be in the goal crease and interfering with play.

The final buzzer brought an end to the first leg and the two teams could not be separated, but will fight it out over another 60 minutes next Wednesday in Kirkcaldy.

However, up first for the Stars is a trip to Belfast Giants on Sunday as they take on the reigning Elite League champions in Northern Ireland. 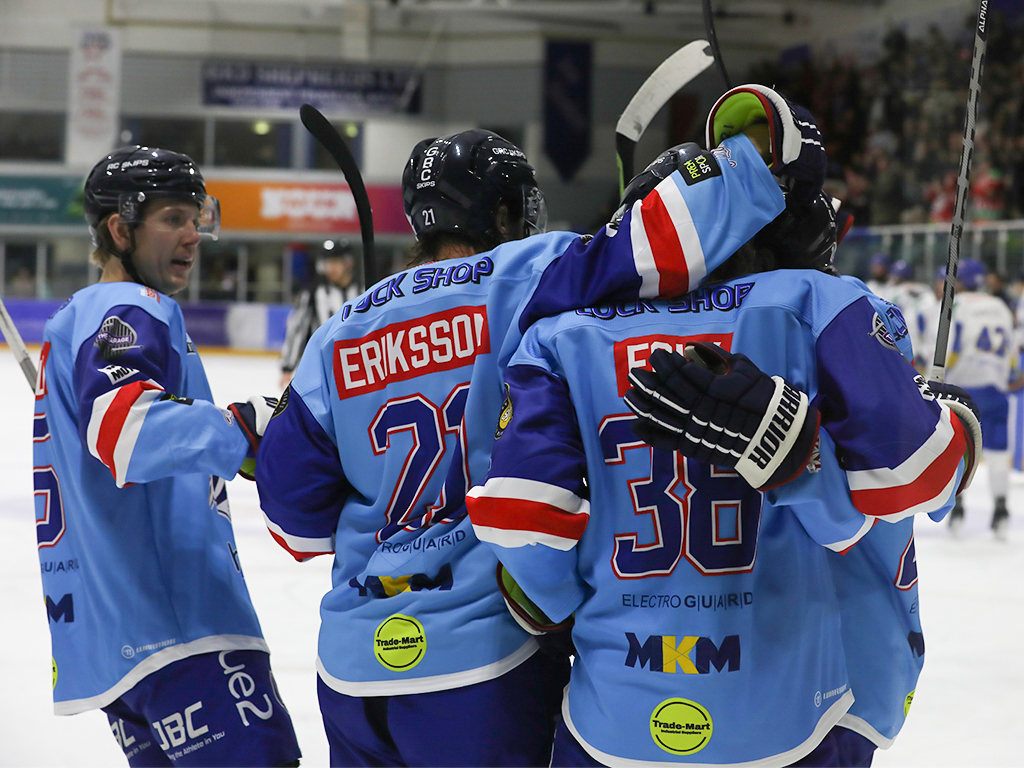