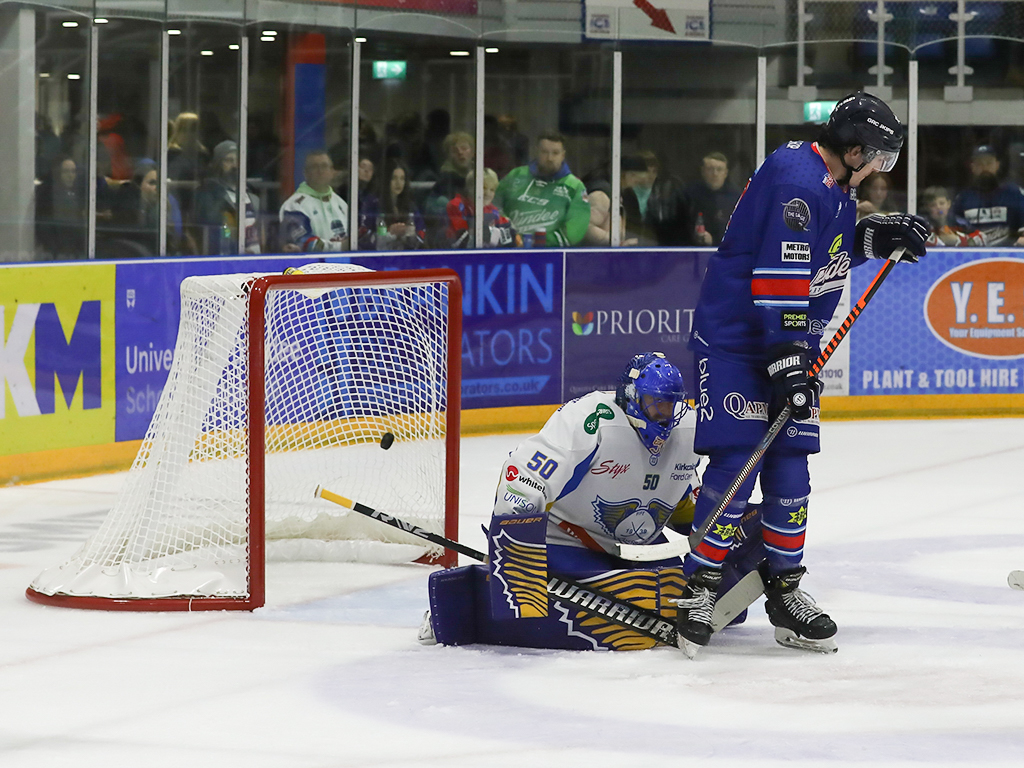 The Trade-Mart Dundee Stars were looking to secure their third Tayside Derby win of the season as they welcomed Fife Flyers to the Dundee Ice Arena on Saturday night and there was two players making their home debuts in defenseman, Chris Lijdsman and forward, Johan Eriksson.

As soon as the game started, the action went from end to end with both goalkeepers being tested early, but Dundee’s Anton Svensson had the more difficult saves to make and did so with ease.

Eventually the first penalty of the night would put the Stars on the powerplay in the 11th minute but their man advantage would be cut short due to a goaltender interference foul by Elijiah Barriga.

As the American collided with Shane Owen in the Fife goal, the contact looked unavoidable and sent the Stars bench into uproar but the Flyers would soon have a two-man advantage just moments later, as Seth Bafaro’s hit on Dundee’s Philippe Sanche sparked a reaction from Ryan Verrier.

Dundee would kill off the penalty but suffered the same outcome later in the first period as they had another powerplay cut short as Hugo Reinhardt could not stop himself from sliding into Owen and the teams would remain in a stalemate heading into the second period. 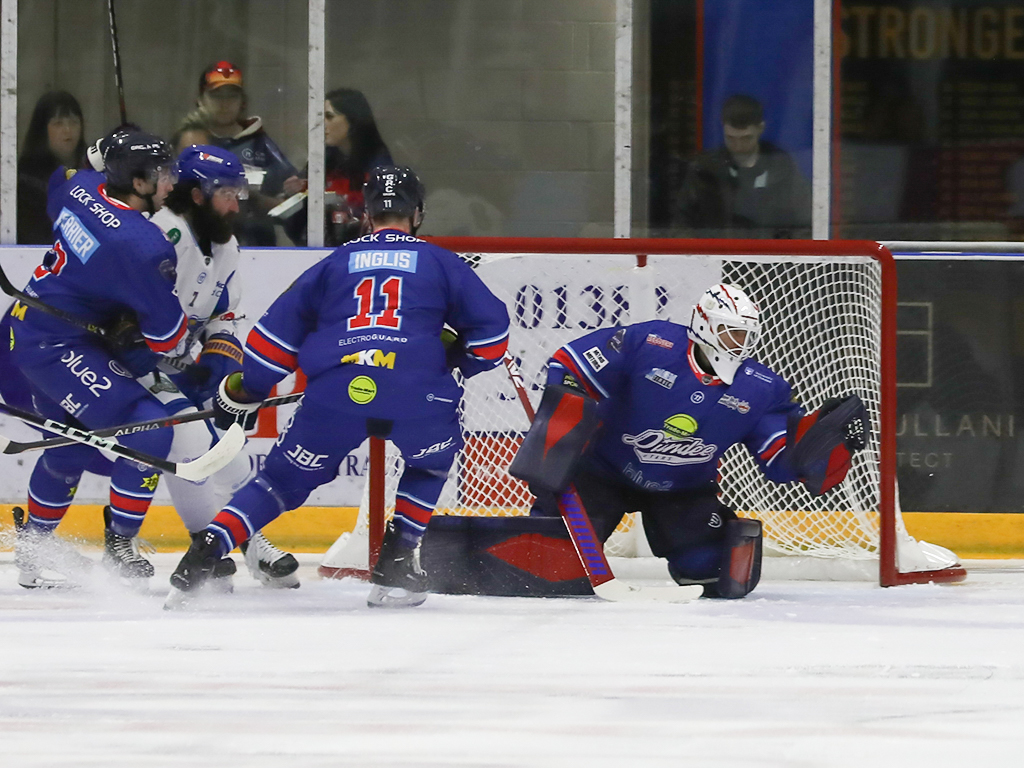 The Flyers nearly found themselves with the lead after just three minutes of play in the middle session but Mikael Johansson saw his effort rebound straight off the Dundee post and just moments later, Dundee would go up the ice and open the scoring.

A perfectly timed cross-ice pass from Sanche found Drydn Dow arriving at the back post and he sent his shot past Owen and in off the far post, in the 24th minute.

The Stars then had another powerplay cut short as they picked up a penalty just 20 seconds into their man advantage but when they got another chance to utilise their special teams, Elijiah Barriga made no mistake and doubled their lead, on 35 minutes.

With Fife’s Janne Kivilahti in the box for slashing, Barriga beat Owen with a low driven slapshot from just off the blueline and far out on the left wing.

Todd Dutiaume’s men finally found a response and it came in the final minute of the second stanza as Kivilahti smashed home a loose puck that was sitting on the doorstep in front of Svensson, with only 45 seconds left on the clock.

In the third period, Dundee would start with a powerplay after former Stars forward, Chris Lawrence was punished for slashing Sanche after the whistle at the end of the second period, giving the home side another chance to re-establish their two-goal lead. 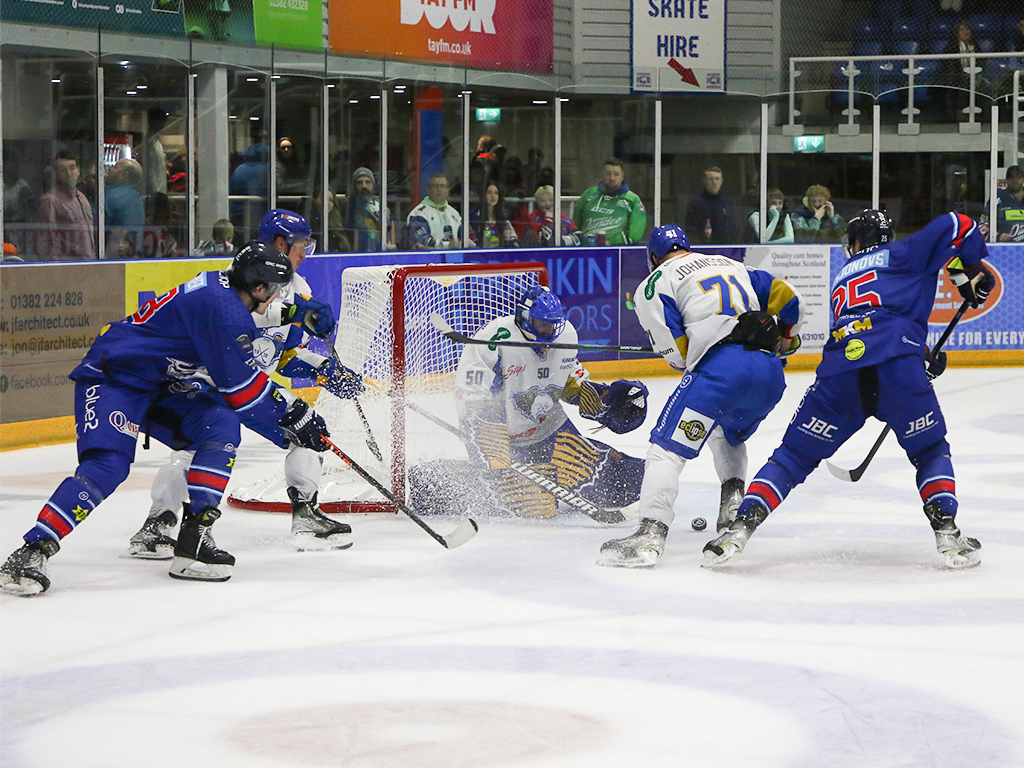 However, it was again cut short as Sanche was called a hooking foul just 32 seconds in but it would not stop Dundee from netting their third goal because after the penalties were killed, Jeff Mason’s men began hounding the Fife net in search of the next goal.

It eventually came in the 47th minute, when Ian Parker bagged his first goal for the Stars after slotting home, Craig Garrigan’s dropped pass and the low shot slipped underneath an unsighted Owen.

The Flyers would make it an interesting game with just over three minutes to go as they capitalised on a neutral zone turnover and Lawrence played in Zach Phillips, who beat Svensson with a quick wrist shot into the top of the net.

After calling a timeout and pulling his goaltender, Dutiaume gambled and went all out for the equaliser but Sanche would break free and skate the puck into the gaping goal to seal the 4-2 victory.

After making it back-to-back wins at home, the Stars now prepare for the back-to-back challenge of Scottish rivalry matches against Glasgow Clan. 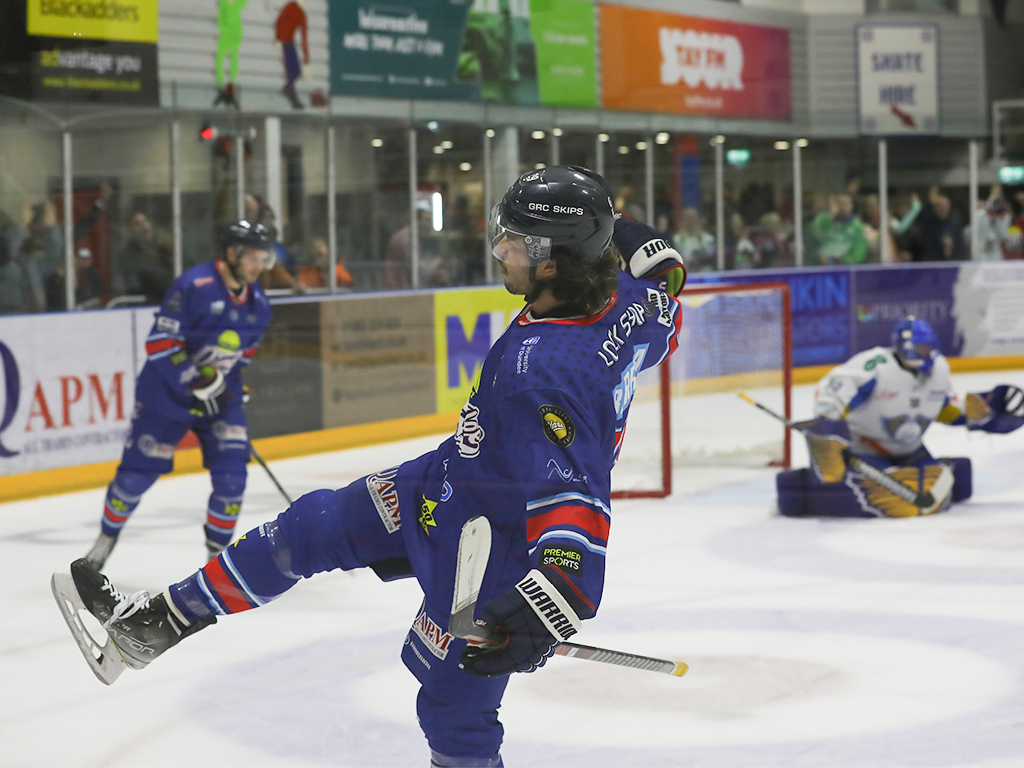