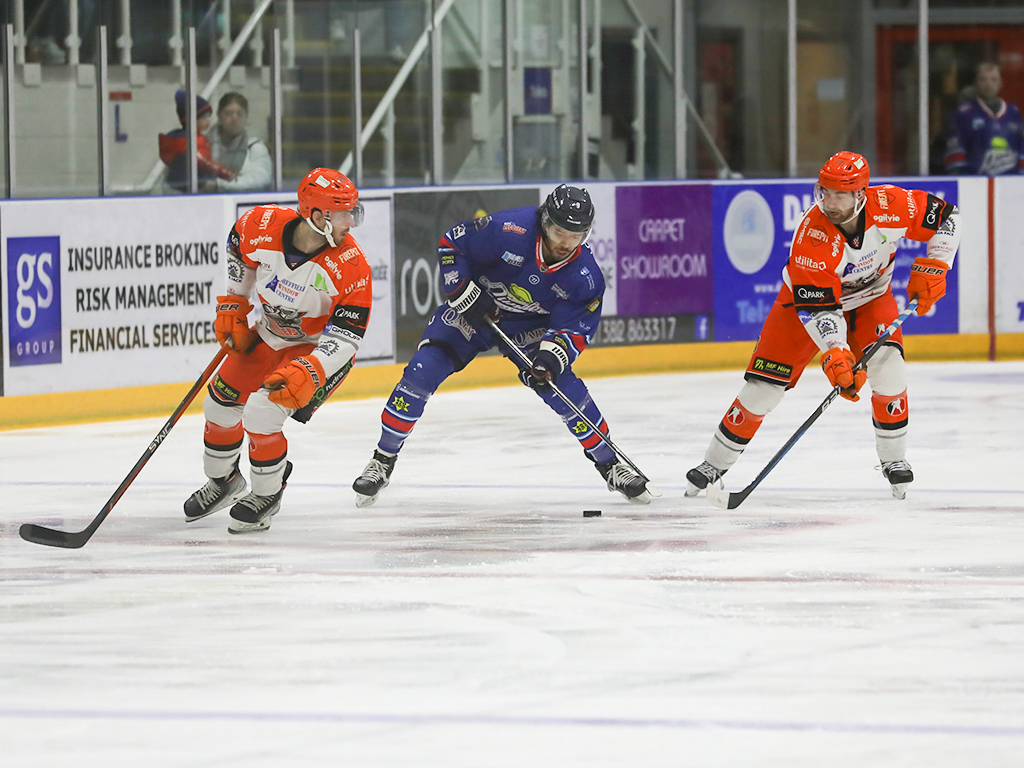 The Trade-Mart Dundee Stars were searching for their second straight victory over Sheffield Steelers on Sunday night and what would be there first home win against the Yorkshire club.

However, the Stars were low on numbers as Philippe Sanche and Chris Lijdsman joined Hugo Reinhardt and Ben Brown on the injured list, whilst forward, Jonathan McBean was not back from international duty yet.

Dundee did not let their short bench stop them from playing a fast and physical game against the Steelers and both sides brought a bruising attitude out onto the ice, but Sheffield would find themselves on the penalty kill in just the second minute of the match, as Tomas Pitule was penalised for a tripping foul.

Sheffield forward, Brett Neumann saw his shot saved by Dundee goalie, Anton Svensson before the English side benefited from a huge chunk of luck as the rebound bounced into the Stars net after coming off, defenseman, Kris Inglis’ skates.

Dundee had still managed to create some good chances with Carter Folk and Mac Howlett driving the Stars attack forward but they were unable to beat Matthew Greenfield with any of their 12 efforts in the opening session.

The English side were still ahead going into the second period but had to kill of two late penalties against them, which they did successfully before Martin Latal doubled their lead in the second minute of the middle session, with a high finish into the top left corner.

Aaron Fox’s men would then net a third goal just before the halfway-mark as Robert Dowd beat Svensson with a shot that just slipped underneath the Swedish goalie’s trapper.

Then just moments later, Sheffield would a fourth as they scored on the powerplay through Martin Latal, after he dragged the puck around the Stars defence and then Svensson, before tucking home, whilst Ryan Verrier sat in the sin bin for delay of game. 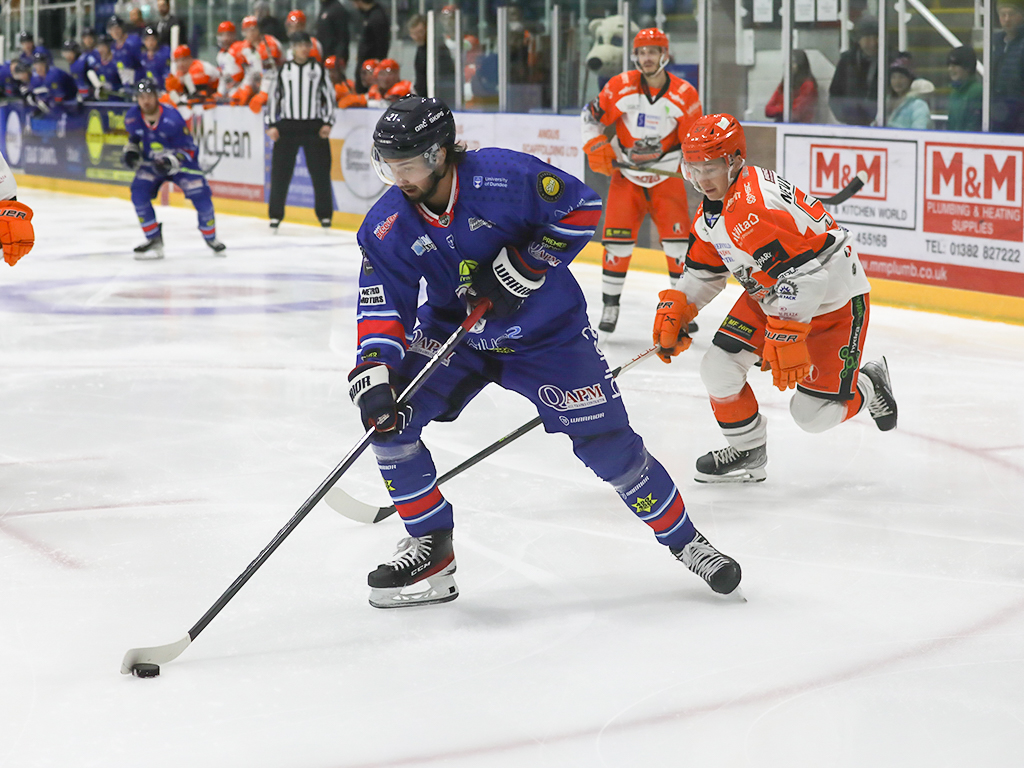 Despite their dominance, the Steelers offered the Stars a way back into the game in the final minutes of the second period, when Sam Jones took back-to-back minor penalties for roughing and then unsportsmanlike conduct, as he protested the decision.

Jeff Mason’s powerplay unit would finally cash in on their fourth attempt as Ben Sokay beat Greenfield with a rising effort from just off the right circle.

Dundee were unable to take advantage of the remaining powerplay time and remained down by three goals heading into the final period – a period which would be plauged with penalties and the Stars were quick to benefit, as Elijiah Barriga buried his shot through the five-hole of Greenfield to make it 4-2 on 46 minutes.

After killing off a handful of penalties against themselves, Sheffield killed off any chances of a miracle comeback for Dundee as Danny Kristo fired past Svensson from the slot with three minutes left to play.

The final buzzer ended a miserable night for the short-benched Stars but they have no time to relax as Wednesday night throws these two teams back together, as they meet again in Sheffield. 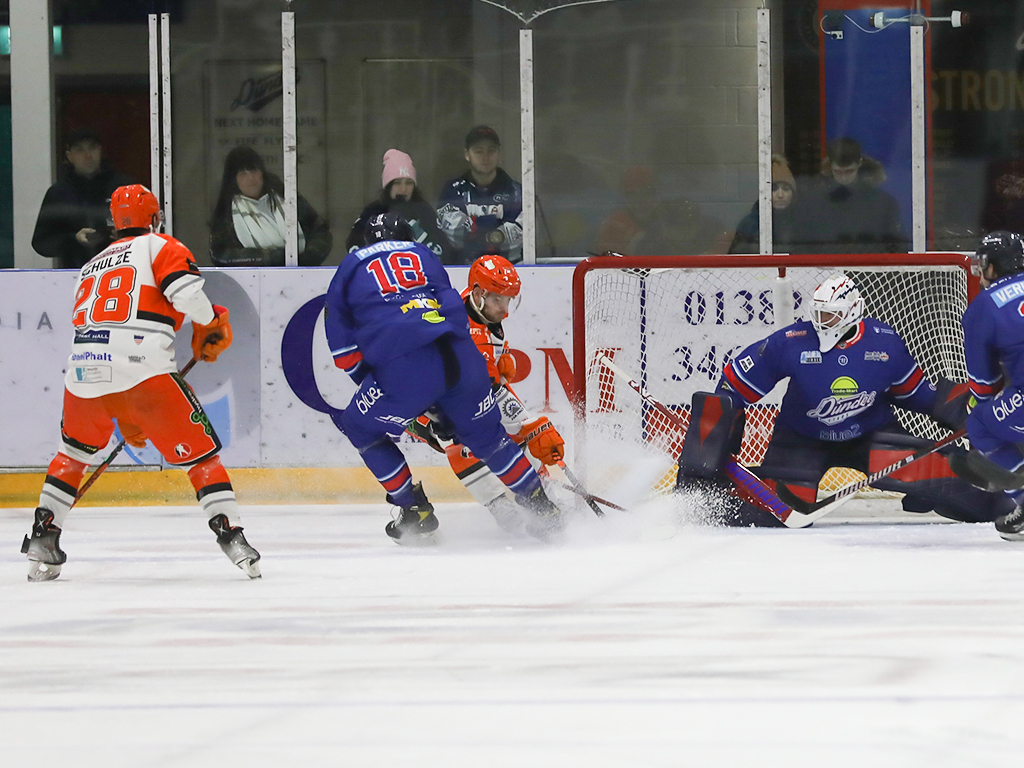