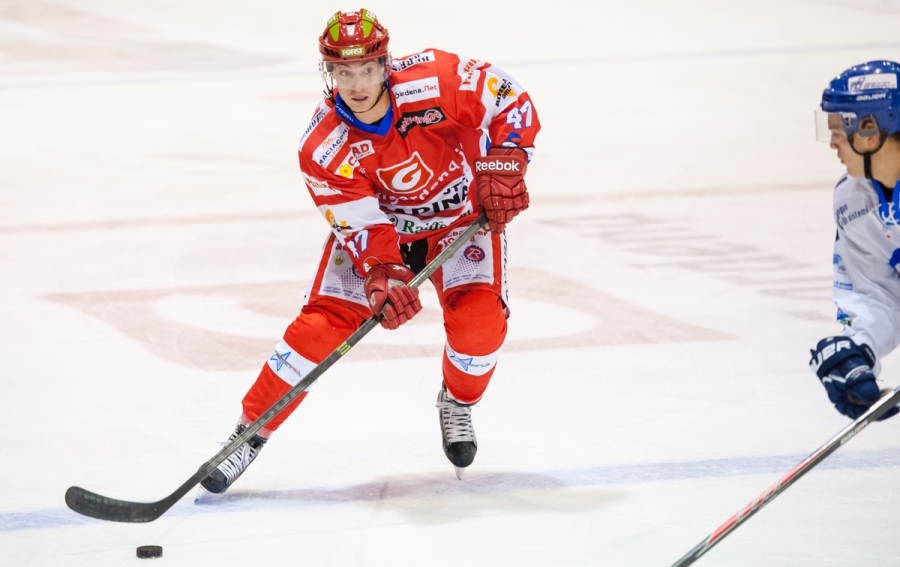 The Kitmart Dundee Stars are delighted to announce the signing of experienced Canadian forward, Justin Maylan for the upcoming Elite League season.

They 28-year old joins from Austrian side, Villacher SV of the Erste Bank Eishockey Liga.
The six-foot-two center has an impressive cv with time played in the Western Hockey League before taking a step up into the East Coast and American Hockey Leagues.

Over the last five years, Maylan has been applying his trade in Europe but the change in style of play had no effect on the Canadian.

Maylan’s career began with the Moose Jaw Warriors of the WHL after being selected 17th overall in the 2006 WHL Bantam draft.

He would later move to the Prince George Cougars and then the Prince Albert Raiders and in his five years playing in the WHL, he iced in 331 games and amassed 254 points.

Justin also pulled on the maple leaf jersey for Canada at Under 17 level when he iced at the 2007-08 World Hockey Championships and in six games, he collected seven points.

In 2012, Maylan joined AHL side, Portland Pirates and that was the beginning of his time in the North American professional leagues.

Over the next three years, he dressed for Stockton Thunder (ECHL), South Carolina Stingrays (ECHL) and was loaned out to the Oklahoma City Barons (AHL).

In 57 games of ECHL and AHL hockey, the Calgary, Alberta native put up 41 points before heading to Denmark halfway through the 2013-14 season.

After signing for the Herning Blue Fox and winning the Danish Championship and Denmark Silver Medal, his trade then took him to Gherdeina and Pustertal/Val Pusteria in the Italian hockey league.

Following two-years in Italy, Maylan then moved to Hungary to play for EBEL side, Fehervar AV19 before he tasted the German lifestyle for a year in 2017-18 with Heibronner Falken of the DEL2.

He returned to the EBEL last February with Austrian outfit Villacher, where he played alongside former Stars, Jerry Pollastrone and Dan Bakala.

Throughout his time in hockey, Justin has played with many players but he has came across a lot of former Dundee Stars.

Maylan’s highest scoring campaign was in 2011-12 in Prince Albert where he had 26 goals and 63 assists for 89 points from 72 appearances.

After securing Maylan’s services for this upcoming season, head coach Omar Pacha said: “He is a player that was on my radar and we made him an offer and fortunately for us, there were a few teams after him but he decided to come to Dundee.

“All the references I got said he was very skilled, he sees the ice really well and he’s a good playmaker.

“He is a good guy, Bouch (François Bouchard) and Boutin played with him in the past, so he was a familiar player and I have been talking with him since the end of the season and I had interest in him last year too.

“He is a guy that puts up numbers and he is shifty too, he’s got great vision and he has a good shot.
“Justin has a high-level of skill and he has played in some top leagues.

“I think he has a bit more of a natural skillset and he is going to help our powerplay that struggled last year.”

Following the completion of his move to Tayside, Justin said: “I am excited to be joining the Dundee Stars for the upcoming season.

“I know the organisation has grown both on and off the ice in the last few seasons and I can’t wait to be a part of the team and continue that.

“I want to do everything I can to help the team win, have a successful season and make the playoffs.”

Maylan will wear #74 for Dundee this year.

Dundee Stars fans have also been given a second chance to get their season tickets for next season at Early Bird Price’s, as the deadline has been extended until the close of business on Monday 10th June.
Buy yours NOW from Dundee Ice Arena.