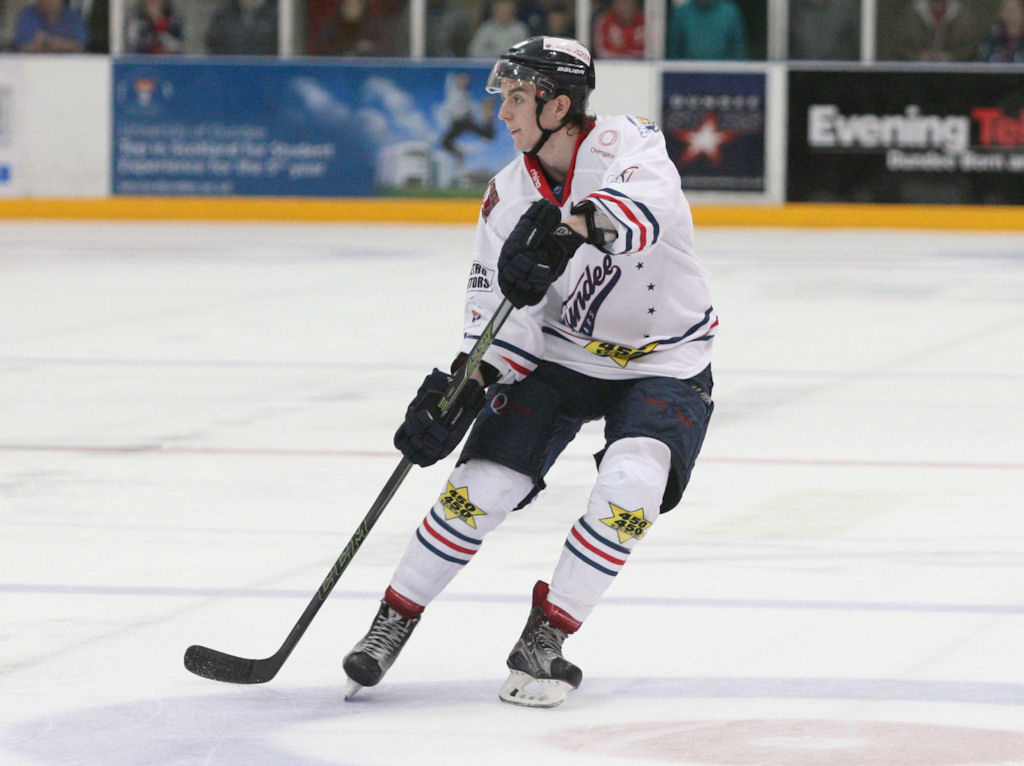 The Kitmart Dundee Stars are delighted to confirm the signing of defenseman, Craig Moore for the 2020-2021 Elite League campaign.

The 24-year-old re-joins the Stars after spending the past three years with different clubs in the Elite League.

After spending two seasons in Tayside between 2015 and 2017, Moore moved on and signed with Cardiff Devils, where he was a part of the 2017-2018 side that won the Ehrhardt Conference, Elite League and Elite League Playoffs.

The blueliner from Kirkcaldy then split the 2018-2019 campaign between the Devils and his hometown team, Fife Flyers.

The six-foot, right-handed defender has also previously played in the Western States Hockey League, the Ontario Eastern Minor Midget Hockey League (Under 18) and the Junior World Championships for GB.

The Scot has also won a Gold Medal with GB Under 20’s at the 2014-2015 Junior World Championships (Division 2A) and he was selected in the All-Star team at the English Ice Hockey Association Under 13’s Conference in 2007-2008, whilst representing Scotland Under 13’s. 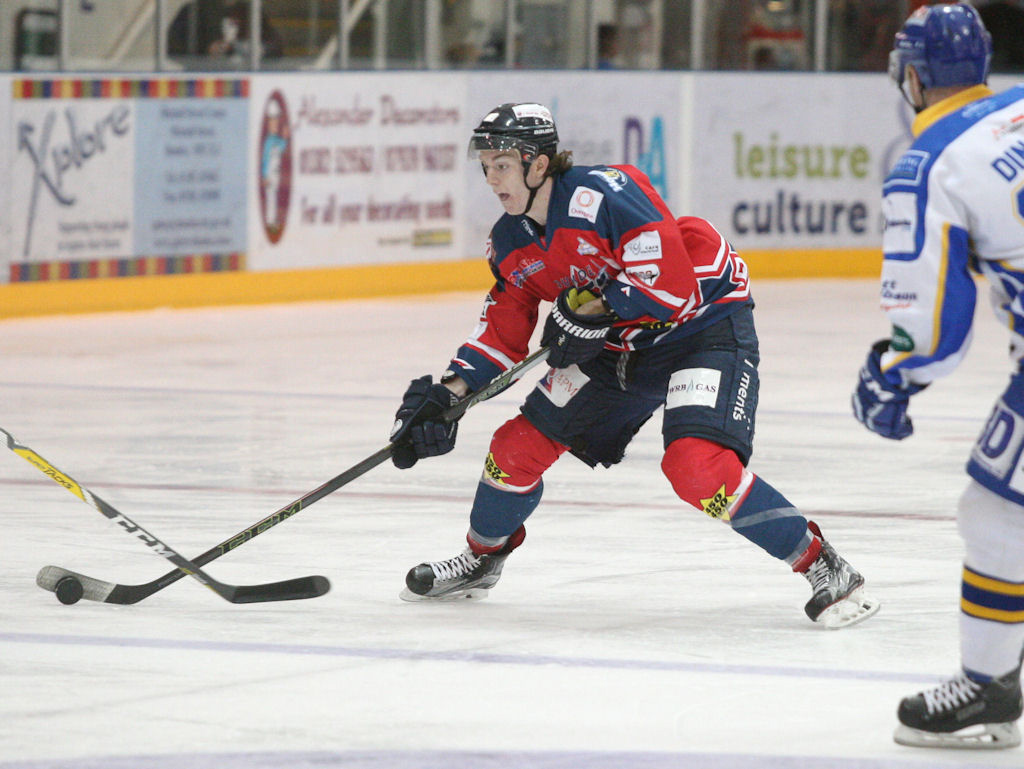 Stars General Manager and Head Coach, Omar Pacha is excited to have Craig re-join the club and speaking about his latest signing, he said: “We have followed Craig since he has been in the league now, so the last five years and I liked him when he was at the Stars, and Cardiff, Fife and Glasgow.

“I think he is one of those Brits that still has a lot of potential and he has proven to be a consistent player in this league, although he has faced a bit of injuries in the last few years now.

“However, he has been a regular and you saw in Cardiff, he even played as a forward, so the first thing I liked about him was that he can be versatile and we need a player like that.

“He plays hard, he skates well for his size and his versatility is an asset but we are looking at him more for his defensive presence.

“I thought last year, he was a bit plagued with injuries and that’s why the Stars fans may not have seen him as much, as he seemed to be hurt against us a lot but watching tape on him, I think he has the potential to be one of those upcoming Brits.

“Also, he has a good shot and what I think he can bring, is a strong defensive awareness and by that I mean, he gets his stick on the puck, he is in the right position but also, he can join the rush when he has to.

“Craig also seems to be a guy that likes to be put into positions and roles of responsibility and that’s what we can offer him.”

The Stars boss also admitted that he was a fan of Moore back when he played with Dundee before.

Pacha added: “I thought he was very good for the Stars, a few years ago, when we played against them but what I also like about Craig, is that he is still very young, considering how long he has been in this league.

“He is also a guy that is really hungry to come to Dundee and have success, he really enjoyed his time here before and that is maybe a reason why he chose to come back.

“So, he has that experience of playing in the league and the other big thing is that he is a right-handed defenseman and that’s always a tough thing to find.

“But he is a guy that I think has the potential to be an upcoming player in the UK and I am excited to work with him and all the feedback I got from people around him, were all positive.” 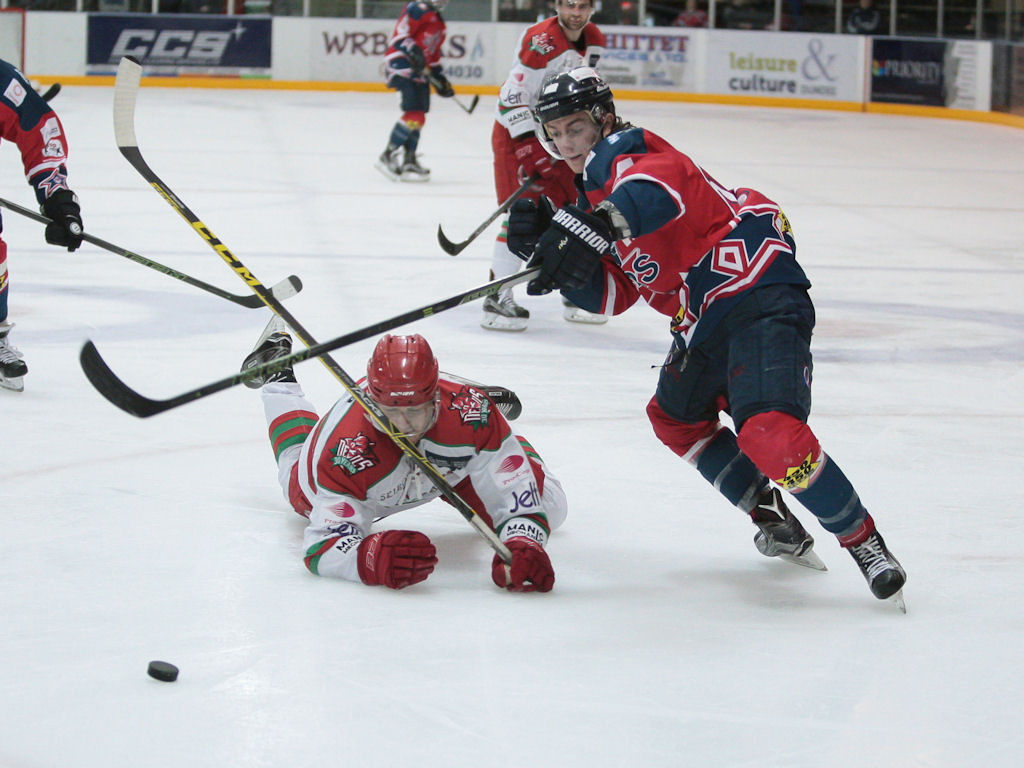 “We did well when I was last here, so fingers crossed it is the same again and hopefully we can take it a step further than the Semi-Finals.

“Like I said, I had a great time with Dundee previously and I don’t have a bad word to say about my time here, I had a lot of fun and it was a great group of guys in both years.

“The opportunity I had last time I was here was huge, it gave me the chance to play and I am happy to be back and have that opportunity to really compete.

“The club has come a long way since I was there and now I want to be a part of the success of the club.”

“I know before I had a huge opportunity to play a big part in Dundee, I got a lot of ice time for a rookie and a second year pro.

“So, it has been a crazy summer and from just speaking with Pacha on a number of occasions, you can see his vision for the club as an organisation, for me as a player and then for the team as a whole, plus his style of play – all combined, he really sold it to me.”

Moore also recalled more about his time in Tayside and added: “In terms of memories, we had a great group of guys in both years but I think my favourite memory has to be when we got to the Final Four Weekend and we were one period away from the final.

“I guess on top of that, you can really see the difference in the club between then and now, just in the size of the fanbase and the crowd every night.

“So, Dundee is a fun place to play, it is loud, and there are chirps flying everywhere but it will be nice to be on the right side of the chirps now.

“All in all, I had a great time in Dundee previously and then speaking to Pach, it was just an opportunity I couldn’t turn down.

“I have been really fortunate to play in some pretty amazing organisations and all of which have given me life skills, hockey skills and allowed me to grow as a person.

“So, now it is nice to be able to come back with the experience I have from playing with other clubs and bring that element of my game and knowledge to help the team here in Dundee.” 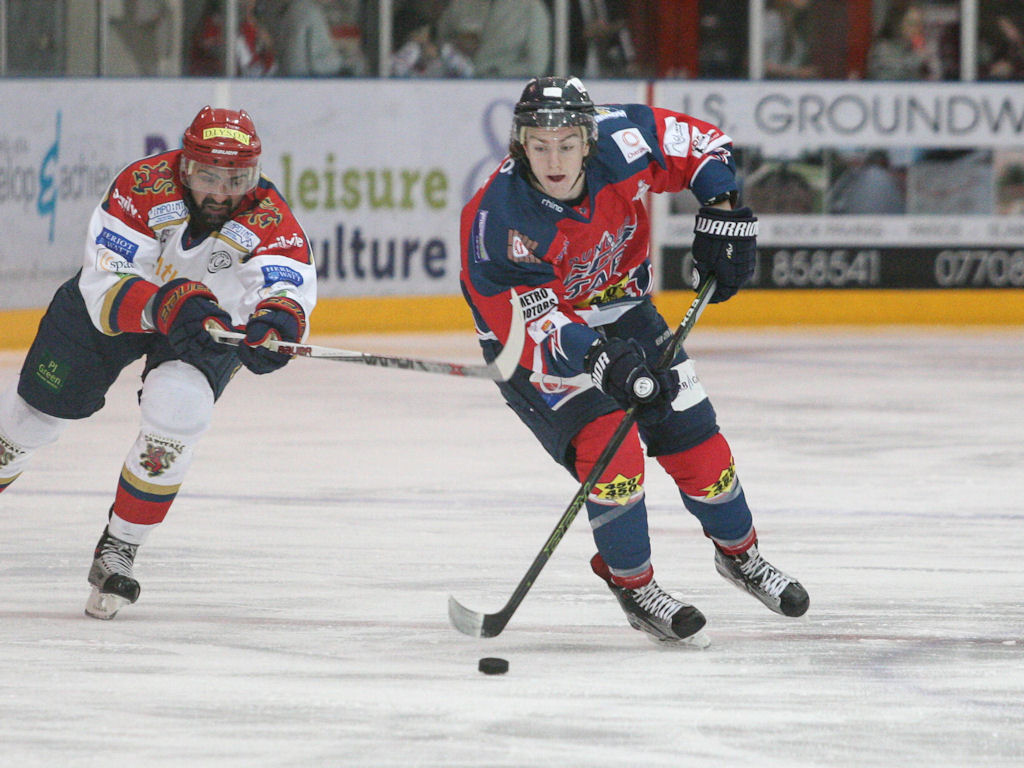 Craig’s career started back in 2006 and for five years, he represented Scotland’s Under 13’s, Under 15’s and Under 17’s teams at the EIHA Conferences, playing in 20 games and scoring four points (2 goals + 2 assists).

Then in 2011, he joined the Ontario Hockey Academy and iced for their Under 18’s team for two seasons.

During his time with the OHA, Craig made 67 appearances, scored 7 goals and assisted on a further 10, whilst picking up 30 penalty minutes.

In the summer following the 2012-2013 season, the 181lbs defenseman was called up to represent GB Under 18’s at the World Junior Championships in Tallinn, Estonia, where he assisted once in five games.

Moore then moved further south as he signed with a team in America, called the Ogden Mustangs, who play out of Utah and compete in the Western States Hockey League.

He spent two seasons with the Mustangs and played in 97 matches, scoring 62 points (26+36), also spending 81 minutes in the sin bin.

Also, after each season in Ogden, Craig was called up to GB Under 20’s team and at the 2014 tournament, he played on home ice in Dumfries before in 2015, he captained the nation’s Under 20’s to a gold medal in Tallinn.

Then, former Dundee Stars Head Coach, Marc LeFebvre recruited the then 20-year-old ahead of the 2015-2016 Elite League season and kept him in Tayside for two years.

During his two seasons with the Stars, Moore helped the team qualify for the playoffs in both years and collected 23 points in 129 appearances.

The young Scot was then signed by the EIHL’s only Welsh club in 2017 and during his time with Andrew Lord’s men, Craig dressed in 50 Elite League matches and also 12 Champions Hockey League games, scoring once.

However, whilst injuries hampered his time in Cardiff, Moore collected seven points before switching to join Fife, halfway through the 2018-2019 season.

In his 32 appearances for Dundee’s biggest rivals, he notched six points (1+5) before crossing over to the west coast that summer, to join Glasgow Clan for the past season.

Craig iced 31 times for the Braehead outfit and contributed three points (1+2) and that gives him a total of 39 points from 251 Elite League games played over the last five years.

Therefore, in his career so far, Moore has featured in 463 matches, scored 44 goals, assisted 82 times and has collected 231 penalty minutes. 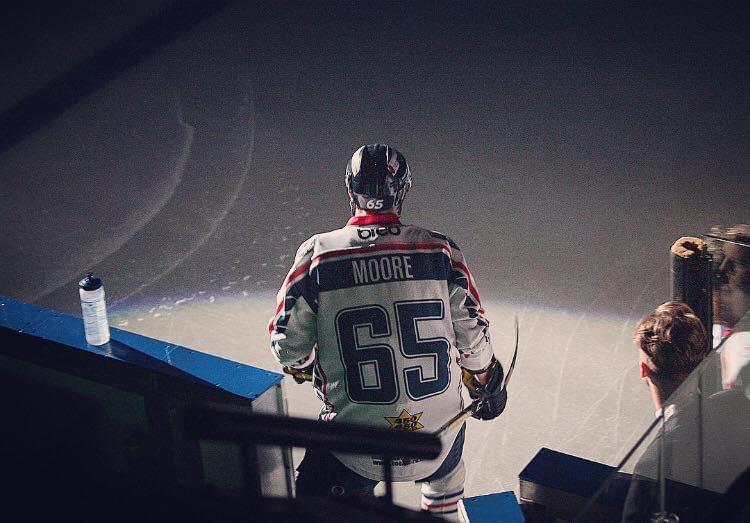 Craig is our sixth signing of the summer and joins Craig Garrigan, Anthony Beauregard, Connor Sills, Michael Poirier and Brett Orr on the roster for next season.

You can get your season tickets to watch these six players and the rest of the team in the 2020-2021 campaign by contacting: [email protected]

Moore will wear the #24 Stars jersey next season. 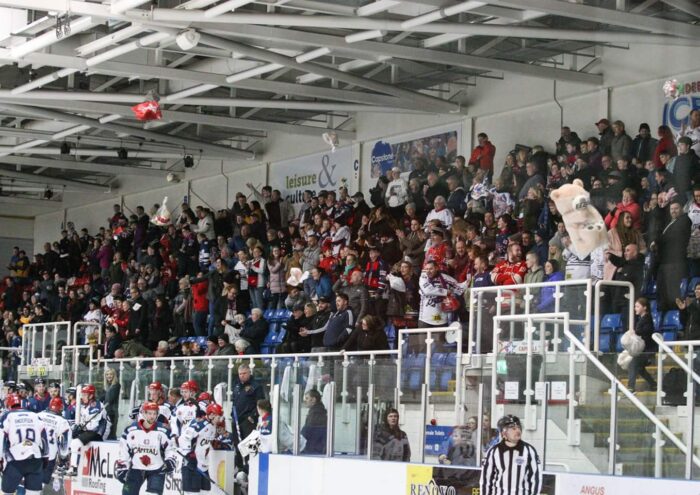 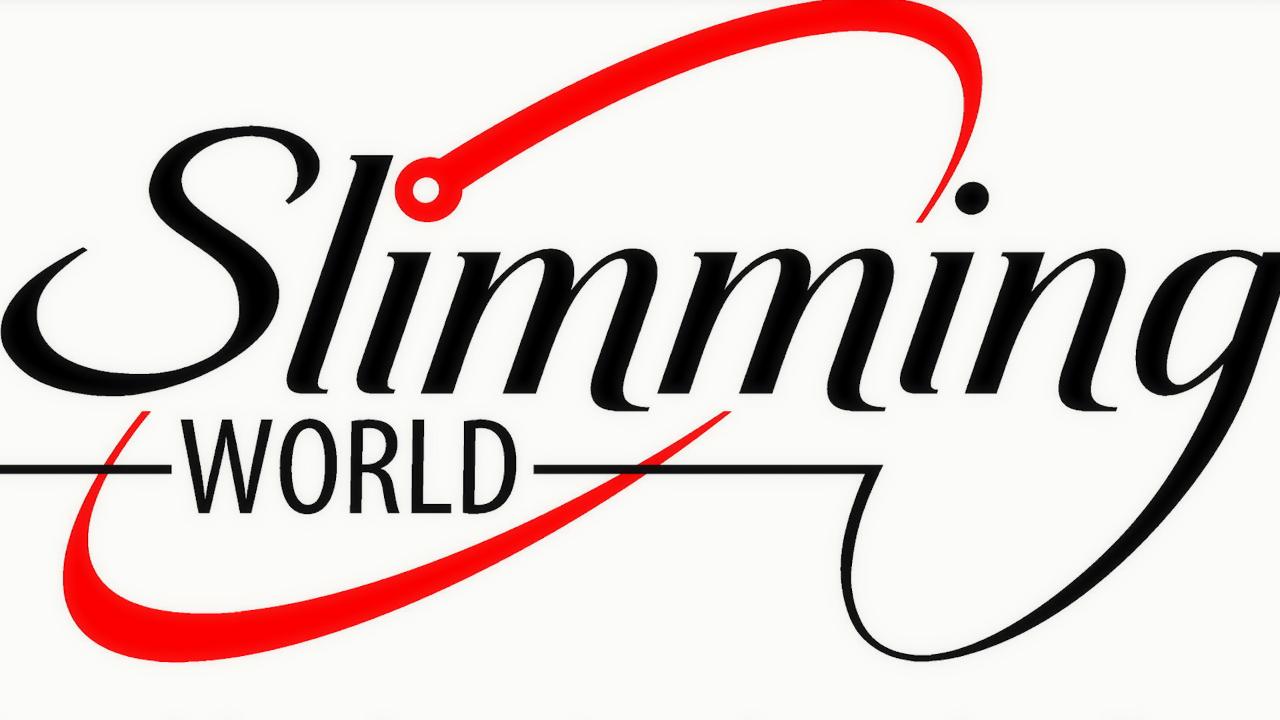 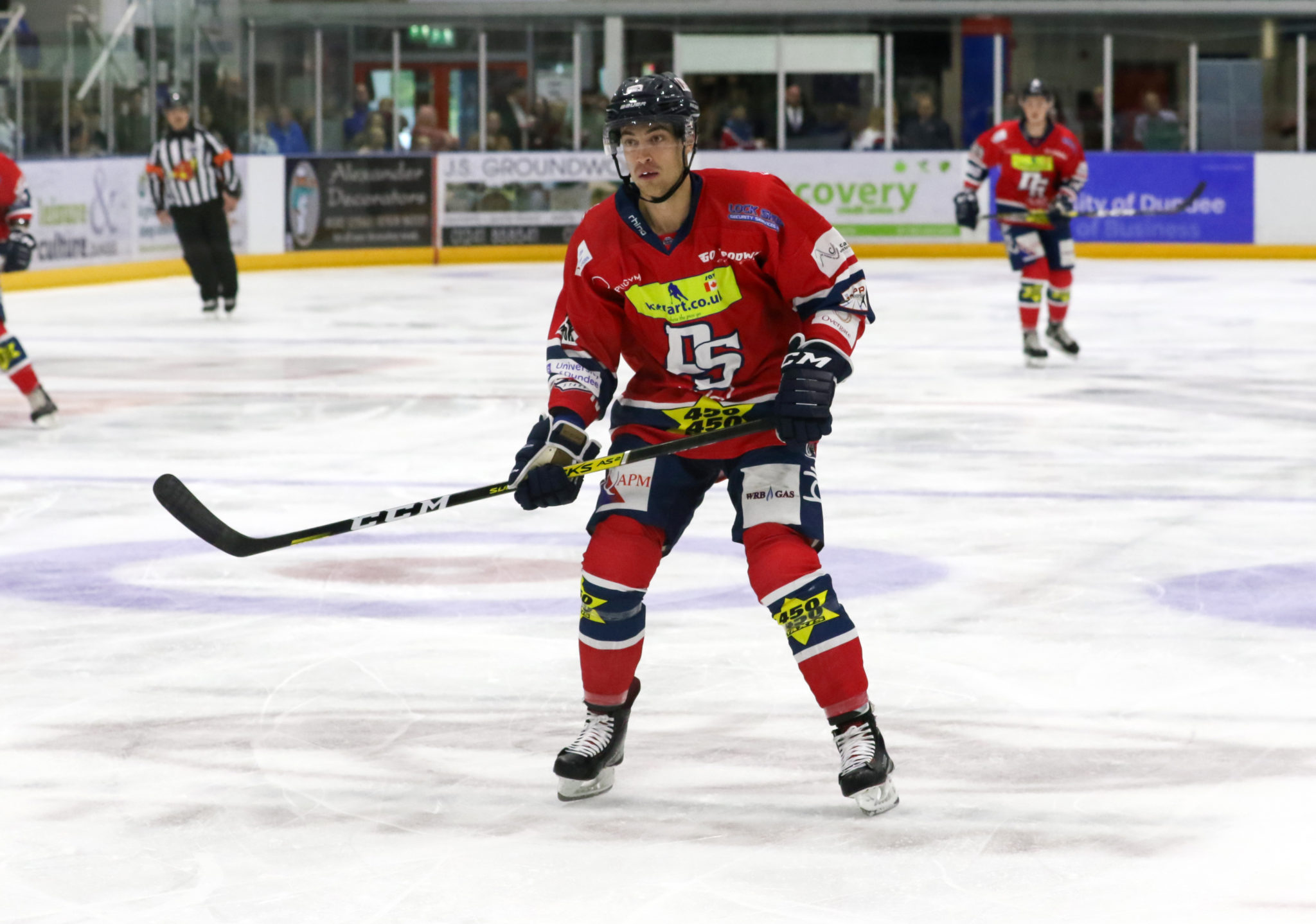