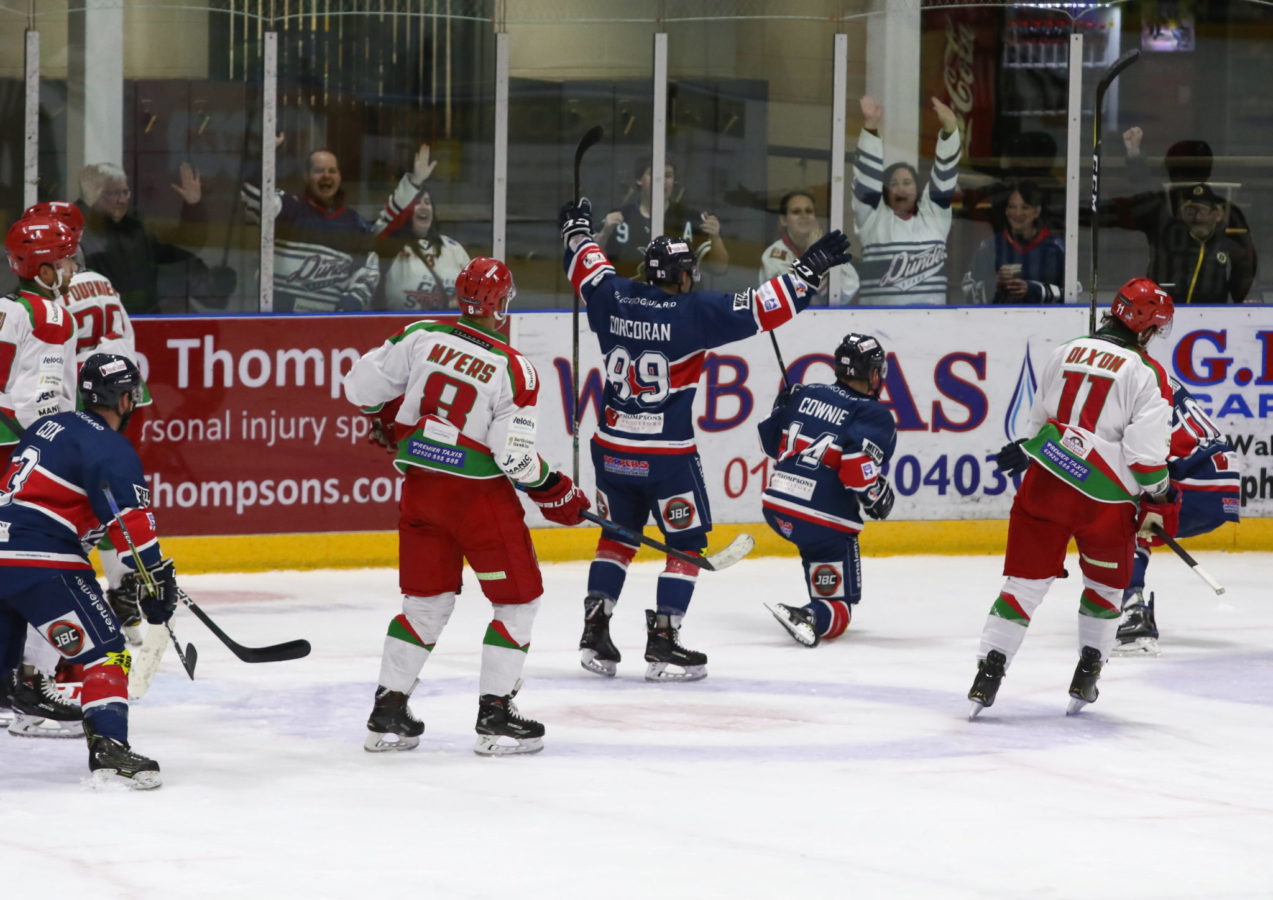 Dundee Stars can add to last weekend’s Challenge Cup success by winning a second straight game on the road when they face the Cardiff Devils tonight. By Kris Smith

The Stars face a long 10-hour bus ride to Wales and aim to continue their winning streak against the current Elite League Playoff champions, after beating them 3-1 at home, at the end of last season.

Omar Pacha’s men go to the Viola Arena in good form after back-to-back wins last weekend as the Stars rounded off their group stage games with victories over their biggest rivals, Fife Flyers and the current Challenge Cup holders, the Belfast Giants.

Meanwhile, the Devils have had a busy week after playing twice at the weekend, travelled to Sweden on Monday for a Champions Hockey League tie with Frolunda Indians on Tuesday night.

With both teams facing long travel, the Stars head coach said: “It is going to be a long trip, the last long trip we had was to Guildford and we didn’t do well.

“So we have to make sure we get the guys prepped and ready to go from the start.

“Cardiff are coming off of two games this weekend and were in Sweden on Tuesday for a CHL game.

“Cardiff are always a physical, hard-working and skilful team, so it is more in our control in terms of how we can contain their better players and how we play our game.

“They are going to have quite a few hours of hockey under them and it is going to be an opportunity for us, but we need to have a good mindset and play our game.”

This fixture was originally scheduled for this Saturday but due to other events at Cardiff’s arena, it was brought forward – to Pacha’s delight.

He said: “I think it is great – we were fortunate as the date had to change, so we weren’t going to play them on the Saturday and hopefully that will give us even one more practice before the game against Sheffield on Sunday.

“Hopefully, that will help us to play a good game but all I am looking for is consistency and for us to play the right way and then hopefully the results will start to come more often.”

Cardiff won 3-1 at home against Manchester Storm on Saturday and their goals came from Matthew Myers and Joey Haddad (2) but the Devils were beaten the following night as they lost 3-1 to Coventry Blaze on the road.

Joey Martin scored the Welsh team’s only goal and he netted another on Tuesday, as did Haddad when Andrew Lord’s side were put to the sword by the three times winner of the CHL in a 9-2 defeat.

Dundee’s dangerman remains to be Kevin Dufour as the Canadian forward bagged another three goals in the last two games and was named Elite League Player of the Month.

Defenseman, Drydn Dow is well aware of the quality the Devils possess and what it takes to win in Wales.

Looking ahead to the mid-week match, he said: “They are always a good team and always a challenge, so I expect them to be in top form again and after just coming back from Sweden, they will be ready to play.

“Both teams have a bit of traveling to do and you can take that into account but no matter what both teams are going to come out hard and it is going to be a hard-fought game.

“You definitely need to be playing your top game when you go down there and play your systems properly.

“So, we are going to do our best to play within our systems and bring our A-game.”

Face-off for tonight’s game is 7:30pm and the webcast can be purchased HERE!

Buy tickets HERE! for Dundee Stars next home game versus the Sheffield Steelers on Sunday night, face off 5.00pm!