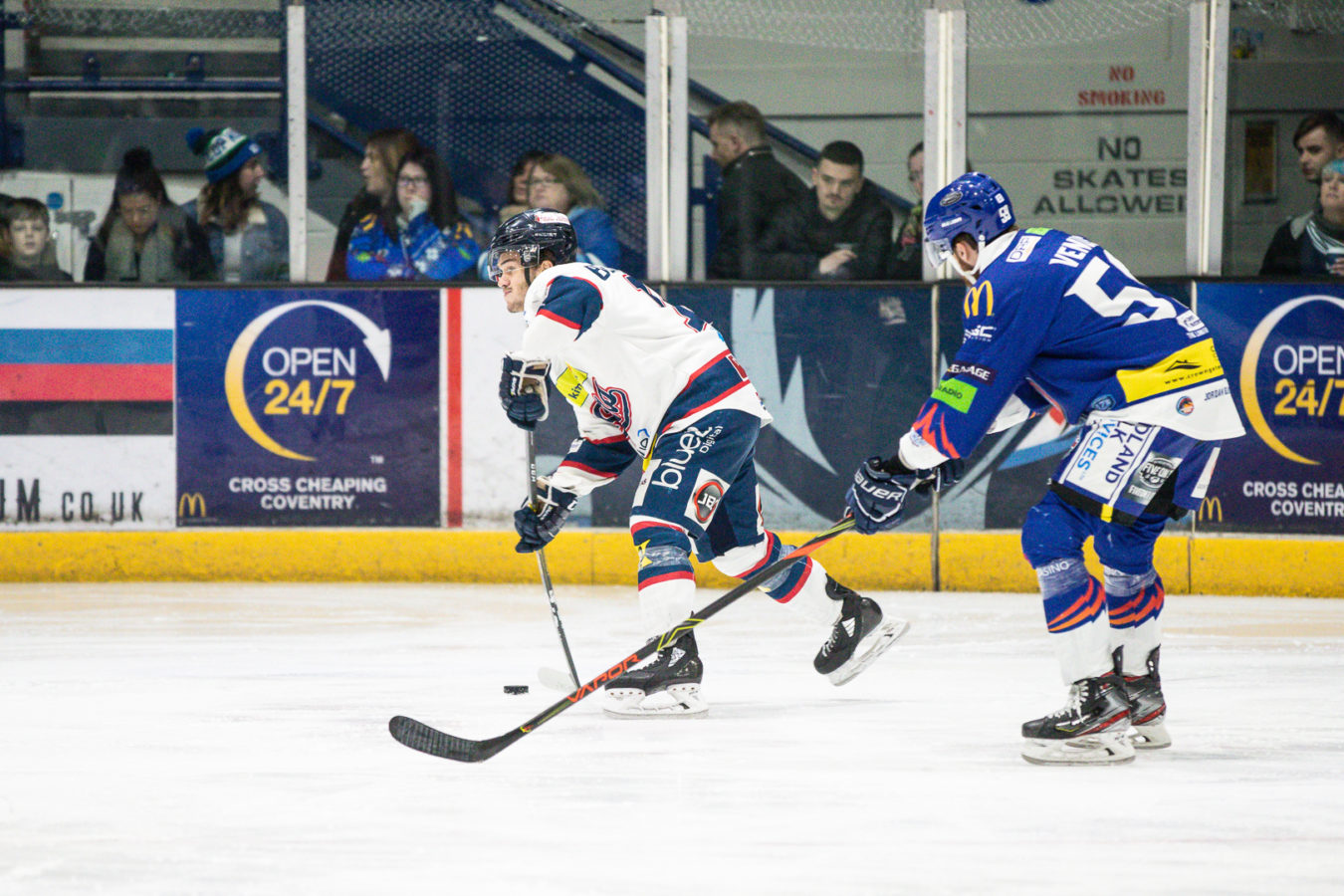 The Kitmart Dundee Stars visit the Coventry Blaze tonight in their final regular season meeting with the West Midlands club.

Last night the Stars let a 3-0 lead slip at home and lost out in overtime 4-3 to Glasgow Clan. Even though the Stars secured a vital one point in the standings, the Stars could have found themselves in a more commanding position in the playoff race.

Last night’s games saw Dundee boosted by the return of winger, Alex Schoenborn to the line-up and will only be without defenseman, Reilly O’Connor for tonight’s match.

EIHL veterans Shawn Boutin and Matt Marquardt (2) provided the goals for the Tayside team but every part of the Stars team will need to be firing on all cylinders as they go up against Danny Stewart’s offensive Blaze side.

Coventry have scored 177 goals in the league this season and 22 of them have came against Dundee, Omar Pacha’s men have also found a very respectable 18 ways past the Blaze.

Stewart’s team currently sit fourth in the league standings on 59 points and after last night’s game, Dundee occupy ninth just two points behind Glasgow Clan and Manchester Storm, who are both tied for seventh with 41 points. A win tonight in sky dome would see the Stars move to 41 points too, while holding a game in hand over Manchester Storm. Leaving the final 6 games in regular season, all to play for.

The Blaze beat the Storm 4-1 in Manchester last night, with goals coming from Andrew Johnston, Dillon Lawrence, Matt Pohlkamp and Luke Ferrara and Coventry are now on a three-game winning streak but the Stars will be desperate to stop that, as they are the only team in the bottom four to play this evening.

Dundee defenseman, Jagger Dirk is confident that the Stars can get an important win on the road but is aware of the dangers the Blaze pose.

He said: “We believe we have a good group of players and obviously Coventry are a good team too, but if we play the way we can, shut down their top scoring lines and play solid defensively then absolutely we can get two points in Coventry.

“It won’t be easy but it just means everyone has to bear down, especially with the amount of games we have left.

“It is a tight playoff race, so every point is important and the guys in the room know that and we will do everything we can to get those two points tonight.”

Face-off is at 5:30pm for tonight’s match in Coventry. You can watch this crucial game LIVE HERE!